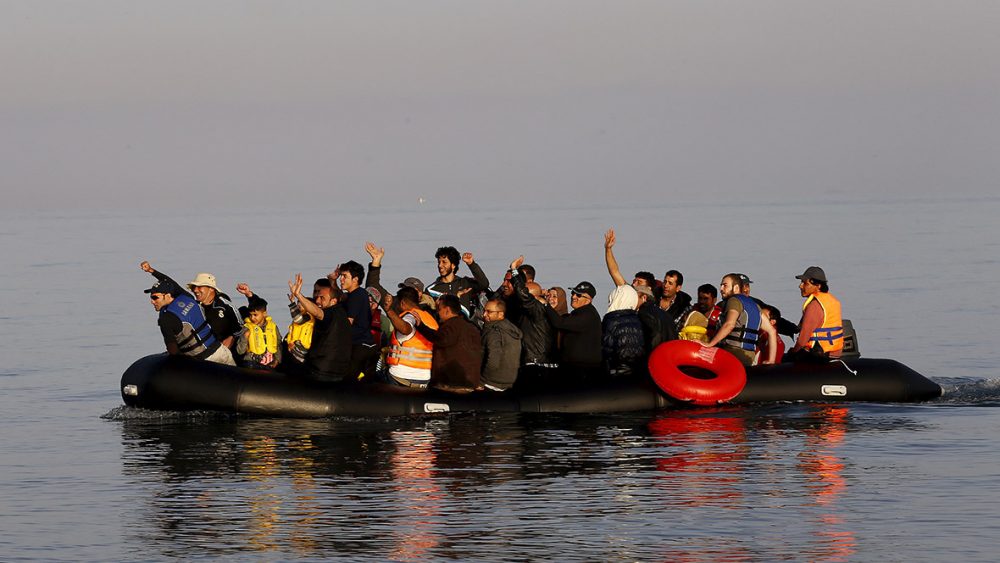 A senior United Nations official unveiled a draft set of principles that urge the international community to build on the momentum created by the adoption, by UN Member States, of a landmark declaration on protecting the rights of refugees and migrants by including the critical issue of human rights in all discussions focusing on large-scale, perilous and irregular migration movements.

“Human rights are an integral part of that consideration – not a discussion of whether or not human rights apply – but a consideration of how human rights are to be upheld. The aspirational words of yesterday’s General Assembly sessions must become today’s concrete actions,” said Kate Gilmore, UN Deputy High Commissioner for Human Rights, at the opening of a side event at UN Headquarters in New York on protecting human rights in the context of large movements of migrants and refugees.

Noting that throughout human history, people have always been on the move, Ms. Gilmore emphasized that it is precisely because of people’s movement across and within borders that globalization has been created.

“Truth must out over deceit. What is clear is that – however desperate – movement does not, cannot erase your rights! People on the move, just like people who have no movement whatsoever, have human rights. Refugees fleeing persecution and war and other migrants are entitled to protection. And duty bearers have an obligation to so provide,” she added.

The guide, entitled “Principles and practical guidance on the human rights protection of migrants in vulnerable situations and within large movements,” is being developed by the Global Migration Group’s Working Group on Human Rights and Gender, which is co-chaired by the Office of the UN High Commissioner for Human Rights (OHCHR) and UN Women.

At the event, the Deputy High Commissioner highlighted that for migrants and refugees alike, a detailed framework of law provides that they have the right to be treated with an individual determination of their circumstances, which should be free from discrimination, violence and arbitrary detention.

“Friends, there is no ‘no-go zone’ for rights,” said the Deputy High Commissioner. “No amber suspension in which rights hang fossilized and beyond the reach or call of people who are on the move. No terrain cordoned off from rights, onto which the hapless or the desperate may wander inadvertently. Rights are not just for some on the move – they are for all on the move.”

For that to happen, Ms. Gilmore noted that “brave principled leadership” is necessary to put ideals into practice and make the universal principles of non-discrimination, equality, justice and dignity a reality for those who are deprived of their sustenance.

“Rights are not a system of endorsement or appreciation – they are not an award or a test result nor a beauty parade. Human rights are for the best and for the worst of us. For each of us – to the exclusion of none of us, in the interests of all of us,” she stressed.

Two days ago, the opening of the UN General Assembly’s first-ever Summit for Refugees and Migrants, delegations adopted the New York Declaration, which contains bold commitments both to address current issues and to prepare the world for future challenges, including, among other things, to start negotiations leading to an international conference and the adoption of a global compact for safe, orderly and regular migration in 2018.