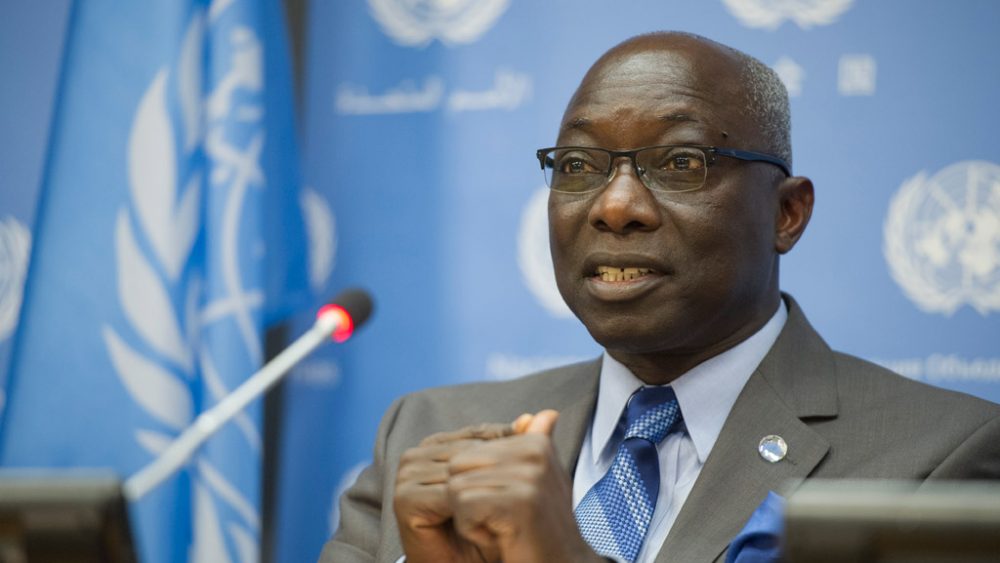 Religious leaders from different faiths met at the United Nations in New York yesterday, at an event where Special Adviser of the UN Secretary-General on the Prevention of Genocide, Mr. Adama Dieng, said that manipulation of religion – which feeds on people’s fears and can eclipse human reason – fuels religious conflict.

“No country in the world, no region, is immune,” said Mr. Dieng, who was speaking during an Event themed, “Upholding the Responsibility to Protect: The Indispensable Role of Religious Leaders in Preventing Atrocity Crimes”, held on the margins of the UN General Assembly.

“It is tragic that in the 21st Century we are witness to so many violent conflicts, and that, in some of worst cases, religion is being used to justify savage cruelty and atrocities,” said Mr. Dieng, emphasising that religion was, in fact, being misused.

“I say religion is being “used”, when in fact I mean “mis-used”. Religion is being misused – manipulated – by parties with vested interests, who stand to gain by fuelling hostility and hatred between people of different faiths, and who sometimes even incite and commit acts that may constitute atrocity crimes. This violence, and the failure to hold accountable those responsible, shatters societies,” added the UN Special Adviser.

The meeting sought to establish how religious leaders and actors can work together with governments and other institutions to help them fulfill their responsibility to protect and to promote inclusivity, dialogue and respect for diversity. The meeting was also aimed at establishing what religious leaders and faith-based organizations need from governments and other institutions, in order to fulfill their mission of peace-making, and to contribute to preventing and countering incitement to hatred, hostility and violence.

Strongly supporting the recent statement by the High Commissioner for Human Rights, Zeid Ra’ad Al Hussein, who called for the world to reject populist public figures who “inflame and quench, repeat many times over, until anxiety has been hardened into hatred,” Mr. Dieng said, “It is a sad state of affairs when the very same values which inform our greatest institutions and instruct our noblest human aspirations are used to justify cruelty and the spread of hatred.”

In addition to the above, the meeting also focused on the role of religious leaders in times of crisis, and what they can do to protect religious minorities within their communities. It also sought to explore how religious leaders and actors can contribute to the truth and reconciliation processes necessary to heal divided societies in post-atrocity situations.

Violence could lead to atrocity crimes

Mr. Dieng noted that his Office had done “extensive research into the factors that increase the risk of violence that could lead to atrocity crimes.”

“In many cases,” he said, “there is strong overlap with the factors that can provide fertile ground for violent extremism. Countries where inter- or intra-religious suspicion has led to inter-communal violence and atrocity crimes are, in many cases, facing also the threat of violent extremism.”

He added that there was a strong emphasis now on addressing the conditions that increase the risk of both atrocity crimes and violent extremism.

“We know that where human rights are protected and the rule of law respected, where people do not face discrimination or exclusion on the basis of their identity – including their religious identity, they are more likely to co-exist peacefully and this peaceful co-existence lays the ground for social and economic development and prosperity.”

He also underlined the fact that States that demonstrate that they value diversity and that promote the benefits of having a pluralistic society are more likely to be stable, and strong.  “This principle of respect for diversity, respect for the differences between peoples, including their beliefs, is fundamental to the development of stable and peaceful societies, societies that can weather periods of tension and stress.”

Speaking about “hate speech” and how it contributes to violence in fragile societies, Mr. Dieng noted that the United Nations has “repeatedly spoken out against such incitement, which is prohibited under international law.”

“Regrettably,” he said, “we continue to see this kind of dangerous speech in countries as diverse as the Central African Republic, Iraq, Myanmar – and recently, in many European countries and here in the United States.”

The objective of the meeting was to have an open and constructive discussion about what Mr. Dieng’s Office described as “the indispensable action that religious leaders and organizations can take to prevent atrocity crimes as well as ways to build inclusive and peaceful societies.” Keynote speeches were delivered by religious leaders from Christianty, Islam, Judaism and religious minorities. Mr. Adama Dieng, UN Special Adviser on the Prevention of Genocide, provided an overview of the Fez Plan of Action – a strategy to encourage religious leaders to be active players in preventing atrocity crimes, and in particular, incitement to violence.

In 2005 at the United Nations World Summit, states unanimously committed to protect populations from genocide, war crimes, ethnic cleansing and crimes against humanity by adopting the Responsibility to Protect (R2P).

The UN Secretary General has recalled that “religious leaders can make a particular contribution to preventing and responding to atrocity crimes, given their influence over large portions of the population and capacity to rapidly mobilize human and financial resources.” According to Mr. Dieng, religious leaders can assist states to uphold their Responsibility to Protect in many ways, including by disseminating messages of tolerance and reconciliation that help to prevent incitement to violence and heal divided societies.