United Nations Association of Iran / News / “Human rights are for all, even for migrants”; Rights experts remind
Sep 18 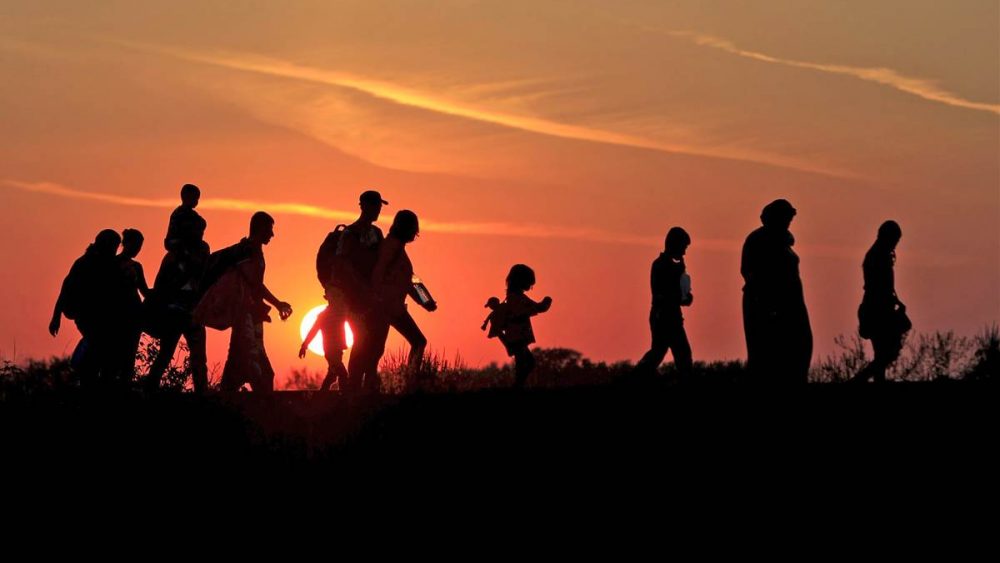 “Human rights are for all, even for migrants”; Rights experts remind

Governments must recognize that human rights are for all, and that migrants should be treated as equal, regardless of their migratory status in the territory they find themselves in, said a group of United Nations human rights experts* in an open statement made public ahead of the UN Summit on Refugees and Migrants.

Leaders from around the world will join the UN General Assembly in New York on Monday, 19 September, to discuss what to do about the large movements of refugees and migrants, with the aim of bringing countries together behind a more humane and coordinated approach.

The UN experts reminded States that their obligations under international human rights and humanitarian law “must underpin the Global Compacts on refugees and migrants.” These obligations, they stressed, include the fundamental principles of equality and non-discrimination, and the States’ duty to respect, protect and fulfill human rights, including access to justice and remedies.

“When migrants are viewed as equal rights holders, a duty to protect them at all stages of the migration process naturally follows,” they stressed. “If violations of their rights occur at any point, migrants need access to remedies to redress such violations.”

The UN experts welcomed the Summit’s draft Declaration as a step in the right direction, but called for the Global Compacts to “take the Declaration even further so that it becomes a solid and dynamic contribution in the common quest to realize all human rights for all.”

However, they warned that the draft Declaration contains some areas of grave concern, particularly in reference to migrant children in detention which seriously lowers established human rights standard.

“The detention of children, even for short periods, can have severe physical and psychological consequences and adverse effects on their development and it can never ever be in their best interest”, they stressed. “We call on Member States to ensure that prohibition of detention of migrant children, unaccompanied or with their families, is integrated and given full recognition with practical measures in the Global Compacts,” they said.

The rights experts noted the attention paid to the need to detect vulnerabilities, beyond those triggering international refugee protection, including the protection of the rights of trafficked and exploited migrants.

“In relation to children who are part of large movement of persons, we recommend a child-rights based approach with regard to of their specific vulnerabilities and their protection at all stages of the movement, in countries of origin, transit and destination,” they said.

“Identifying and addressing vulnerabilities entails taking into account that many migrants, particularly women and girls, have suffered sexual and gender-based violence en route and sometimes women and girls arrive at their destination pregnant as a result of rape,” they highlighted.

With more than 40 million of internally displaced persons (IDP’s) due to conflict alone, the experts said the UN Summit will be incomplete without addressing their plight. “Those forced to flee their homes yet remaining in their countries constitute a highly vulnerable population often living in the most difficult conditions,” they said. “Without addressing root causes, prevention, and effective internal protection, today’s IDPs will be tomorrow’s refugees and trafficked or smuggled migrants.”

The UN experts also welcomed Member States’ commitment to fight discrimination and xenophobia against refugees and migrants, by pledging to take measures to improve their integration and inclusion, as well as to ensure access to education, healthcare and justice.

“We reiterate our concern about the toxic, discriminatory and xenophobic narrative that is taking hold in many parts of the world based on fear and manipulation of that fear by politicians and the media,” they underscored.

“States must take concrete measures to counter racist hate speech by sending a clear message that discrimination and xenophobia against migrants and refugees are unacceptable, and by ensuring that those who incite violence or hatred are held accountable,” they said.

Finally, despite the absence of any reference in the draft Declaration to UN human rights experts, the group of experts expressed their commitment to continue advising States and other stakeholders on how to integrate and operationalize the human rights principles and standards in these Compacts.