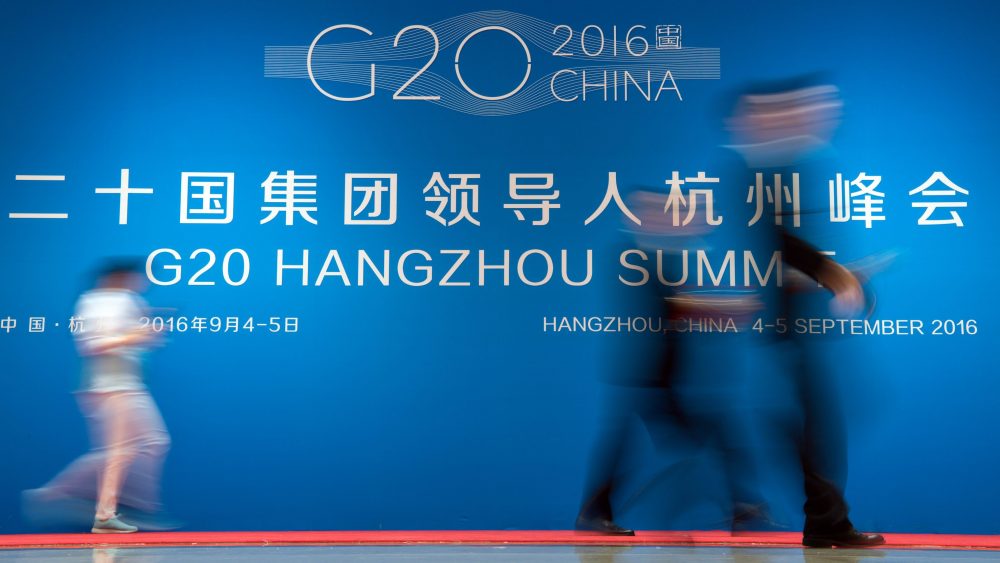 United Nations Secretary-General Ban Ki-moon yesterday stressed the importance of financing and other support mechanisms in implementing the global goals for sustainable development and climate action, urging further efforts by G20 countries to fulfill their commitments.

“The 2030 Agenda for Sustainable Development is a universal, integrated and transformative plan of action for peace and prosperity for all on a healthy planet,” Mr. Ban told a session on inclusive and interconnected development during the G20 Summit taking place in the Chinese city of Hangzhou.

“The G20 Action Plan to support implementation of the 2030 Agenda is testament to your commitment to achieving the Sustainable Development Goals,” the UN chief said, acknowledging China’s leadership for mainstreaming sustainable development in the work of G20.

Mr. Ban also applauded the leaders of France, Germany, Japan, Mexico and the Republic of Korea for initiating inter-ministerial coordination mechanisms on implementation of the global goals, calling upon all G20 leaders to follow “these good examples.”

“Implementing the 2030 Agenda will strengthen our collective ability to address short-term risks and build long-term resilience. This is why it is essential that sustainable development is fully integrated into a global macroeconomic policy framework,” Mr. Ban said.

The G20 initiative on supporting industrialization in Africa and least developed countries will strengthen their inclusive growth and development potential, he said.

The UN Industrial Development Organization (UNIDO) report provides a comprehensive framework in this regard. Increased investments in infrastructure and industry, access to finance, sharing and transfer of technologies, trade facilitation, capacity building and improving enabling environments can support the transformation needed, he added.

The G20’s financial support to the Paris Agreement on climate change, adopted last December in France, is crucial, the Secretary-General emphasized. “Now it is time to ensure we live up to our commitments on climate finance, including the commitment to provide $100 billion for the Green Climate Fund,” he said, describing this as “an important step” to support developing countries’ efforts to implement the climate accord.