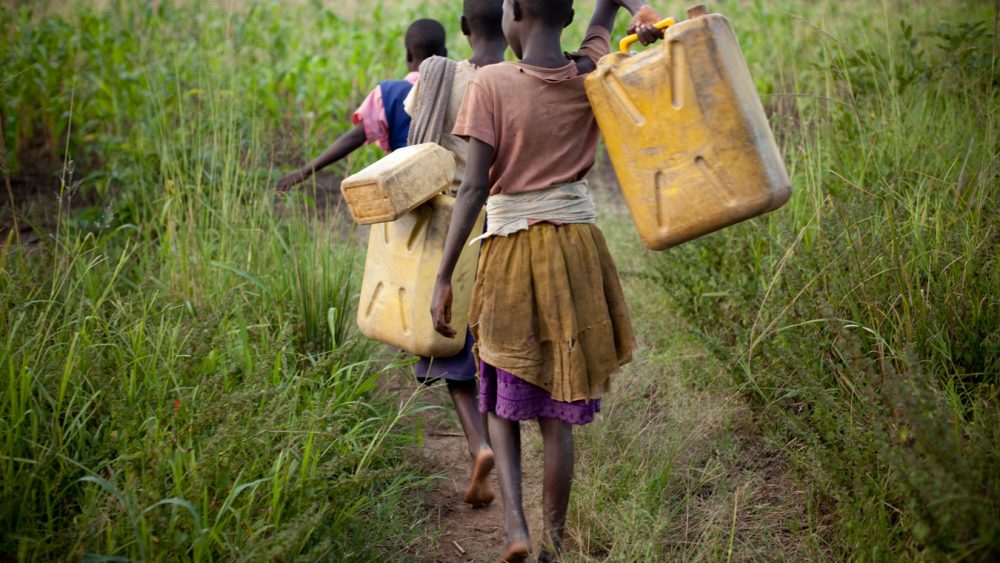 As World Water Week kicked off yesterday, the United Nations Children’s Fund (UNICEF) has highlighted that the opportunity cost from a lack of access to water disproportionately falls on women and girls who collectively spend as much as 200 million hours – or more than 22,800 years – every day collecting this vital resource.

“It would be as if a woman started with her empty bucket in the Stone Age and didn’t arrive home with water until 2016. Think how much the world has advanced in that time. Think how much women could have achieved in that time,” UNICEF’s Chief of Section of Water, Sanitation and Hygiene, Sanjay Wijesekera, said in a news release issued by the agency.

The message from the UN children’s agency comes as experts from around the world gather in the Swedish capital of Stockholm for World Water Week to discuss and develop new solutions to the globe’s most pressing water-related challenges.

The theme of this year’s Week is ‘Water for Sustainable Growth.’ In the news release, UNICEF noted that the UN’s Sustainable Development Goal (SDG) for water and sanitation – Goal 6 – calls for universal and equitable access to safe and affordable drinking water by 2030.

“The first step is providing everyone with a basic service within a 30-minute round trip, and the long term goal is to ensure everyone has safe water available at home,” UNICEF stated. “However, UN estimates are that in sub-Saharan Africa, for example, for 29 per cent of the population (37 per cent in rural areas and 14 per cent in urban areas), improved drinking water sources are 30 minutes or more away.”

The UN agency noted that the people who are devoting time to such activities are almost always women and girls.

A study of 24 sub-Saharan countries revealed that when the collection time involved is more than 30 minutes, an estimated 3.36 million children and 13.54 million adult females were responsible for water collection. In Malawi, for instance, the UN estimates women who collected water spent 54 minutes on average, while men spent only six minutes.

“No matter where you look, access to clean drinking water makes a difference in the lives of people,” Mr. Wijesekera said. “The needs are clear; the goals are clear. Women and children should not have to spend so much of their time for this basic human right.”

UNICEF also noted that spending excess time for collection considerably shortens the time available to spend with their families, on child care, other household tasks, or in leisure activities. For children, water collection takes time away from their education and sometimes even prevent their attending school altogether.

Furthermore, water collection can also affect the health of the whole family, and particularly children: when water is not available at home and even if it is collected from a safe source, the fact that it has to be transported and stored increases risk of disease by the time it is drunk. This in turn increases the risk of diarrhoeal disease, which is the fourth leading cause of death among children under five years of age, and a leading cause of chronic malnutrition, or stunting, which affects 159 million children worldwide.