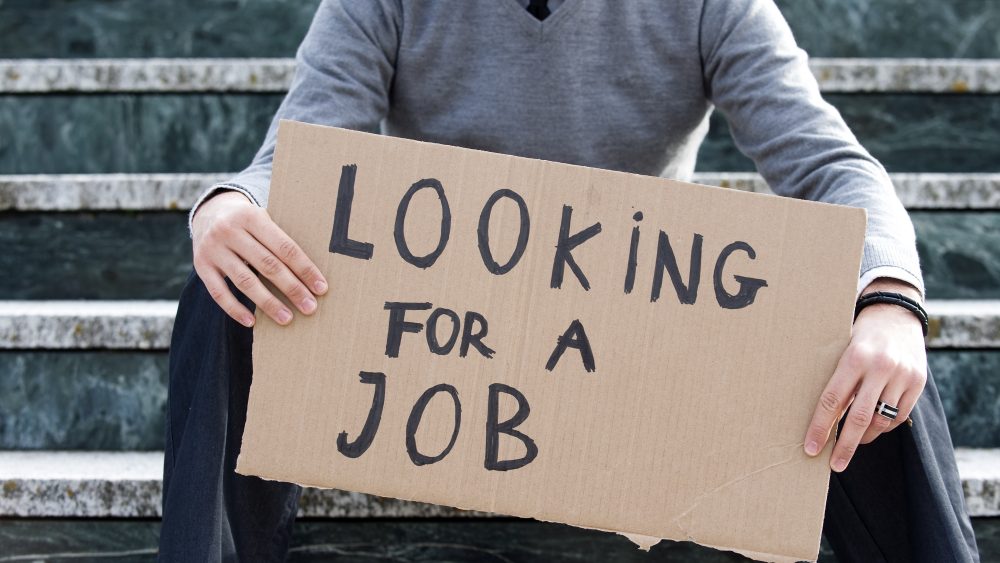 With global youth unemployment expected to rise in 2016 for the first time in three years and the equally disturbing high levels of young people who work but still live in poverty, the United Nations labour agency called for greater efforts to achieve sustainable economic growth and decent work.

Releasing its World Employment and Social Outlook 2016: Trends for Youth, the International Labour Organization (ILO) estimated that the global youth unemployment rate is expected to reach 13.1 per cent in 2016 and remain at that level through to 2017 (up from 12.9 per cent in 2015). As a result, the number of unemployed youth is set to rise by half a million this year to reach 71 million – the first such increase in three years.

“The alarming rise in youth unemployment and the equally disturbing high levels of young people who work but still live in poverty show how difficult it will be to reach the global goal to end poverty by 2030,” said Deborah Greenfield, ILO Deputy Director-General for Policy in a press release on report.

Calling for redoubled efforts to achieve sustainable economic growth and decent work, she also noted that the report highlights wide disparities between young women and men in the labour market that need to be addressed by ILO member States and the social partners urgently.

The ILO goes on to point out that Global economic growth in 2016 is estimated to stand at 3.2 per cent, 0.4 percentage points lower than the figure predicted in late 2015. “This is driven by a deeper than expected recession in some key emerging commodity-exporting countries and stagnating growth in some developed countries,” said ILO Senior Economist and lead author of the report Steven Tobin.

“The rise in youth unemployment rates is particularly marked in emerging countries” he adds as the report notes that in such countries, the rate is predicted to rise from 13.3 per cent in 2015 to 13.7 per cent in 2017 – a figure ILO says corresponds to 53.5 million unemployed in 2017 compared to 52.9 million in 2015.

The report also finds that globally, the share of young people between 15 and 29 years old who are willing to move permanently to another country stood at 20 per cent in 2015. The highest inclination to move abroad, at 38 per cent, is found in sub-Saharan Africa and Latin America and the Caribbean, followed closely by Eastern Europe at 37 per cent. 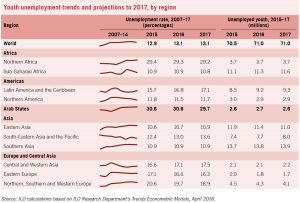 The poor quality of employment continues to disproportionately affect youth, albeit with considerable regional differences. For example, sub- Saharan Africa continues to suffer the highest youth working poverty rates globally, at almost 70 per cent. Working poverty rates among young people are also elevated in Arab States (39 per cent) and Southern Asia (49 per cent).

For instance, in 2014, the share of young workers in the European Union-28 categorized as being at a high risk of poverty was 12.9 per cent compared to 9.6 per cent of prime-age workers (aged 25–54). The challenge is particularly acute in some countries where the at-risk-of-poverty for young workers exceeds 20 per cent.

Interactive map: in which countries is it hardest for young people to find work in 2016?