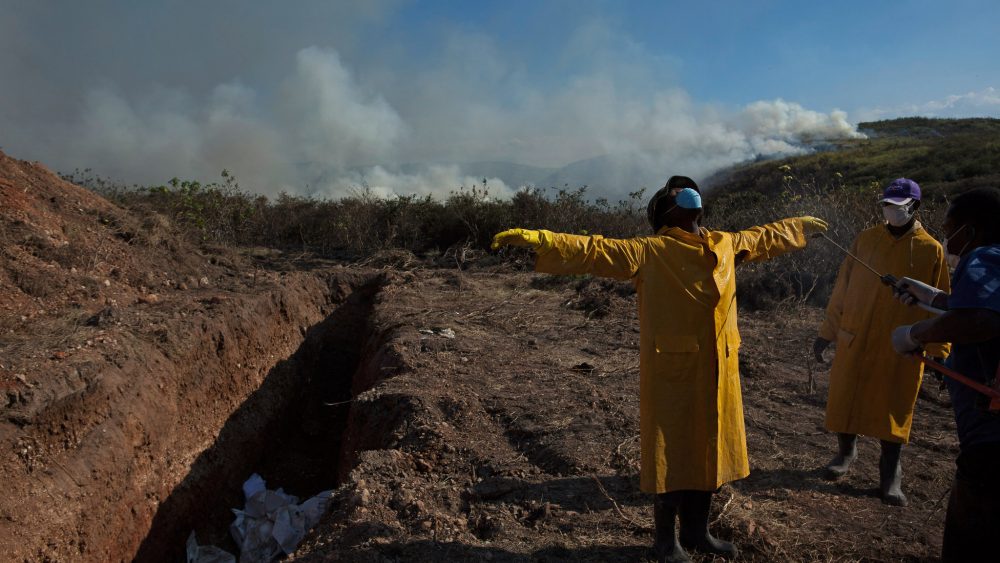 A United States federal appeals panel has upheld the argument that the United Nations cannot be sued in American courts, dealing a setback in a class-action lawsuit brought on behalf of thousands of cholera victims in Haiti.

The ruling by the three-judge panel in New York was released a day after a spokesman for Secretary General Ban Ki-moon acknowledged for the first time that the United Nations played a role in the outbreak, which killed thousands of people.

In the decision for the panel, Judge José A. Cabranes of the United States Court of Appeals for the Second Circuit wrote that the United Nations did not lose its legal immunity even if it failed to give the plaintiffs a chance to seek a settlement, as required by an international convention.

The decision slammed the door on a day of muted celebration by the plaintiffs and many people in Haiti who had welcomed a statement by Farhan Haq, the deputy spokesman for Mr. Ban, that the United Nations had “become convinced that it needs to do much more regarding its own involvement in the initial outbreak” of cholera and that officials were considering a “significant new set of U.N. actions” to be presented publicly within two months.

Mr. Haq’s statement was in response to a confidential report sent to Mr. Ban by a United Nations adviser on Aug. 8. The report’s draft language stated that the epidemic “would not have broken out before the actions of the United Nations.”

It estimated the potential cost to the United Nations, were it to lose the lawsuit, at $40 billion, five times its annual worldwide peacekeeping budget.

Mr. Haq, however, stopped short of acknowledging that the United Nations had specifically introduced cholera into Haiti, and he indicated that it would continue to assert immunity from lawsuits.

He said Thursday that the United Nations did not yet have a comment on the federal appeals panel’s decision.

The plaintiffs’ lawyers have 90 days to decide whether to appeal to the Supreme Court.

One of the lawyers, Beatrice Lindstrom of the Institute for Justice and Democracy in Haiti, said a decision on that would rest on how the United Nations followed up on its recent statements. “If the U.N. provides remedies to victims out of court, an appeal will be unnecessary,” Ms. Lindstrom said.

Scientists have found in repeated studies that cholera was almost certainly introduced to Haiti by Nepalese soldiers with the United Nations peacekeeping mission there in 2010. The soldiers, who had recently arrived from Nepal, where a cholera outbreak was underway, were stationed in an isolated rural base that the world body’s own investigators have found was prone to leaking human waste into the adjacent Meille River.

That river, which flows into Haiti’s main waterway, the Artibonite, is where the first cholera deaths were recorded.

The United Nations did not screen the soldiers for cholera, and it took years to comprehensively improve its sanitation practices in Haiti. It also refused, along with the World Health Organization and the Centers for Disease Control and Prevention, to carefully investigate whether its base was the source of the epidemic — even as thousands of Haitians were dying from the waterborne disease and medical responders were scrambling to figure out how to control its spread.

The United Nations and its member countries have failed to follow through on promises to stem the tide of the disease. The official death toll from the cholera outbreak stands at nearly 10,000, but some scientists believe it is orders of magnitude higher. It has also badly damaged Haiti’s economy and further torpedoed the recovery from the 7.0-magnitude earthquake that struck southern Haiti in 2010.

Amid a patchwork of vaccination programs, emergency responses and badly underfunded development projects, cholera infection rates have increased in Haiti every year since 2014. At least 200 Haitians died in the first six months of 2016, according to Haitian health authorities.

In 2011, lawyers with the Institute for Justice and Democracy in Haiti organized 5,000 cholera victims and their families to seek redress within the United Nations, but in 2013, its Office of Legal Affairs rejected their claims as “not receivable.”

The lawyers then filed the case, Georges v. United Nations, in the United States District Court for the Southern District of New York, which ruled in favor of the United Nations in early 2015. Thursday’s decision was in response to an appeal of that ruling.

The United States, which pays about a quarter of the United Nations peacekeeping budget and would likely be liable for much of the cost of a settlement with cholera victims, also has peacekeepers operating under similar conventions in other parts of the world.

Judge Cabranes cited the Obama administration’s interpretation of the convention as “significant” and “entitled to great weight” in his decision.

Mr. Haq’s admission this week was the result of a searing draft report from Philip Alston, a New York University law professor who serves as one of a few dozen experts, known as special rapporteurs, who advise the United Nations on human rights issues. Mr. Alston’s report is likely to be revised before its official release later this year.