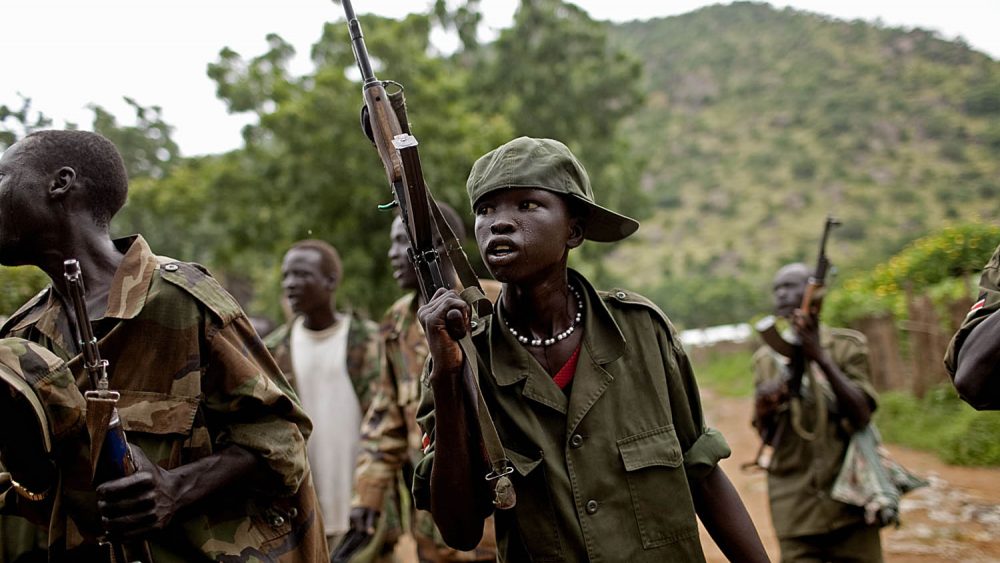 The United Nations in South Sudan yesterday condemned unequivocally reports of widespread sexual violence, including rape and gang rape, of women and young girls, by soldiers and unidentified armed men, stressing that such acts constitute grave violations of international human rights law and may be regarded as war crimes and crimes against humanity.

“These incidents have been reported from a number of locations, including areas in the vicinity of the Protection of Civilians (PoC) sites near UN House, and also in other neighborhoods of Juba,” said the UN Mission in South Sudan (UNMISS) in a press statement.

Since the fighting erupted in the capital, Juba, on 8 July, the UN has continued to receive reports of this kind of inhumane behavior, despite calls to all parties for its cessation. Deadly clashes between rival factions loyal to President Salva Kiir and First Vice-President Riek Machar have sent thousands of civilians fleeing city. UNMISS compounds and civilian protection sites have been attacked.

Protection of civilians – including the most vulnerable – remains the core priority of UNMISS, the Mission underscored.

“Currently, UNMISS is engaged in the active protection of approximately 200,000 civilians in various locations throughout the country,” the statement continued. “During and immediately following the conflict, the Mission’s uniformed personnel in Juba were committed to providing security for the PoC sites and other UN facilities citywide.”

To improve the security of vulnerable communities and groups, such as women and children residing in the UNMISS PoC sites the Mission has intensified its patrols in and around the protection sites along with in the wider Juba city area.

“As an enhanced protection measure, UNMISS is working with community leaders and protection partners to coordinate peacekeeper escorts of women and young girls leaving protection sites to collect food and non-food items at scheduled times of the day,” UNMISS elaborated in the statement.

On media allegations that UNMISS peacekeepers did not do enough to protect the victims, the statement continued “The UN takes very seriously the allegations that peacekeepers may not have rendered aid to civilians in distress. The UNMISS Force Headquarters is looking into the specific allegations, in line with its established protocols.”

UNMISS reinforced its message to all peacekeepers that should incidents of abuse be committed in their areas of security responsibility, “they have an individual and joint duty to act, to prevent harm to innocent civilians.”

Within its limited resources, UNMISS does its best to fulfill its mandate to protect civilians threatened across the country – despite severe restrictions on its movements, the Mission stressed.

The UN mission also urged the country’s security leadership to protect its civilians and ensure accountability for any crimes committed by its own forces.

“UNMISS notes the commitment given by military leadership to bring alleged perpetrators to account for their actions and it will continue its engagement to see that these commitments are upheld,” the statement said.

UNMISS again called on all parties to take personal responsibility for the immediate sanctioning of the men – in and out of uniform – who were responsible for the unspeakable violence against civilians, and continued to closely monitor that steps are being taken to stop the heinous acts of inhumanity and bring the perpetrators to justice.

UNMISS reported that as the lead UN agency on sexual and gender-based violence, the UN Population Fund (UNFPA) is coordinating the response to ongoing sexual violence – reporting that the PoC referral system and clinical management of rape services were in place and that UNFPA provided post-rape kits and an additional 7100 ‘dignity kits’ for distribution among the most vulnerable women and girls. For uninterrupted delivery of services, training sessions on clinical management of rape continues as well.