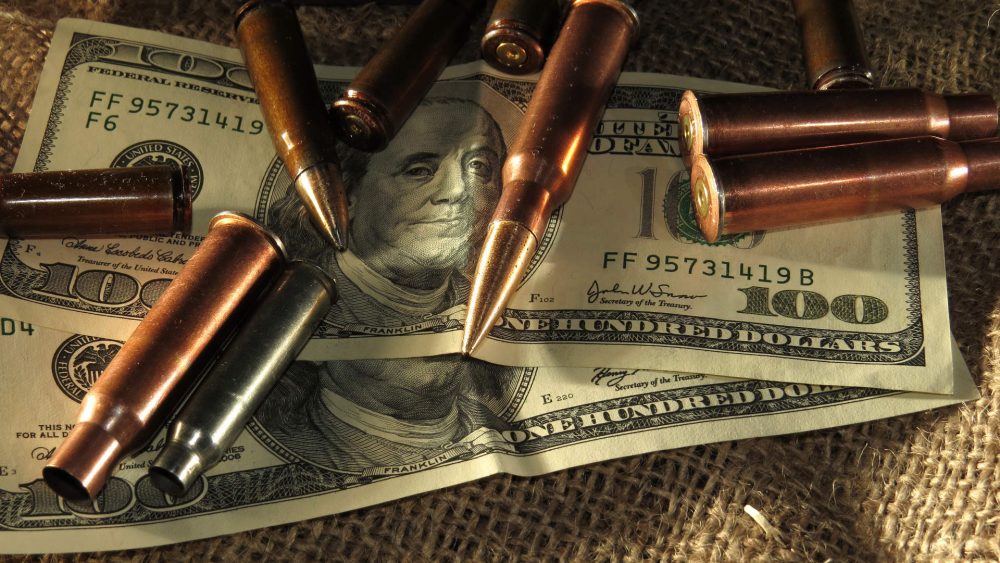 Report Shows How War Profiteers Are Now Refugee Profiteers, Too

As Europe comes to terms with a Brexit vote fueled in large part by anti-immigrant hate-mongering, a new report exposes how war profiteers are influencing EU policy to make money from unending Middle East conflicts as well as the wave of refugees created by that same instability and violence.

“There is one group of interests that have only benefited from the refugee crisis, and in particular from the European Union’s investment in ‘securing’ its borders,'” the report finds. “They are the military and security companies that provide the equipment to border guards, the surveillance technology to monitor frontiers, and the IT infrastructure to track population movements.”

The report shows that “far from being passive beneficiaries of EU largesse, these corporations are actively encouraging a growing securitization of Europe’s borders, and willing to provide ever more draconian technologies to do this.”

In the past decade, the report says, corporate players have viewed intractable Middle East warfare as a windfall: “Several large international arms companies cited instability in the Middle East to assure investors about future prospects for their business. The arms companies are assisted by European governments, which actively promote European arms in the region and are very reluctant, to say the least, to impose stricter arms export policies.”

Indeed, “from 2005 to 2014, EU member states granted arms exports license to the Middle East and North Africa worth over 82 billion euros,” according to the report.

The report details how a steady flow of arms from outside the Middle East supplies all players in multi-part conflicts, such as Syria’s civil war, with an endless supply of high-tech weaponry—thus ensuring that those conflicts endure.

And as these wars create more and more refugees who seek asylum in Europe, the very same corporations are lobbying the EU to ‘securitize’ its borders against them—thus creating additional profit for those in the business of militarization.

Both the policy makers and the industry sometimes try to sell the increase in and militarization of border security as a humanitarian effort, in terms of strengthening search and rescue capacities. The EU has repeatedly tried to put all the blame for refugee deaths on traffickers. This has resulted in narrowing its response to ‘taking away the business model of smugglers’, with even more military means to try to accomplish this.

This creates a downward spiral: the greater the controls and the more the repression, the greater the risks refugees are forced to take resulting in more deaths. Experts and human rights organizations have been warning about this for years, but they have been ignored.

As death tolls rise and a record number of people are displaced by conflict, it seems that the fear-mongering and profiteering—and devastating human rights abuses—will only continue