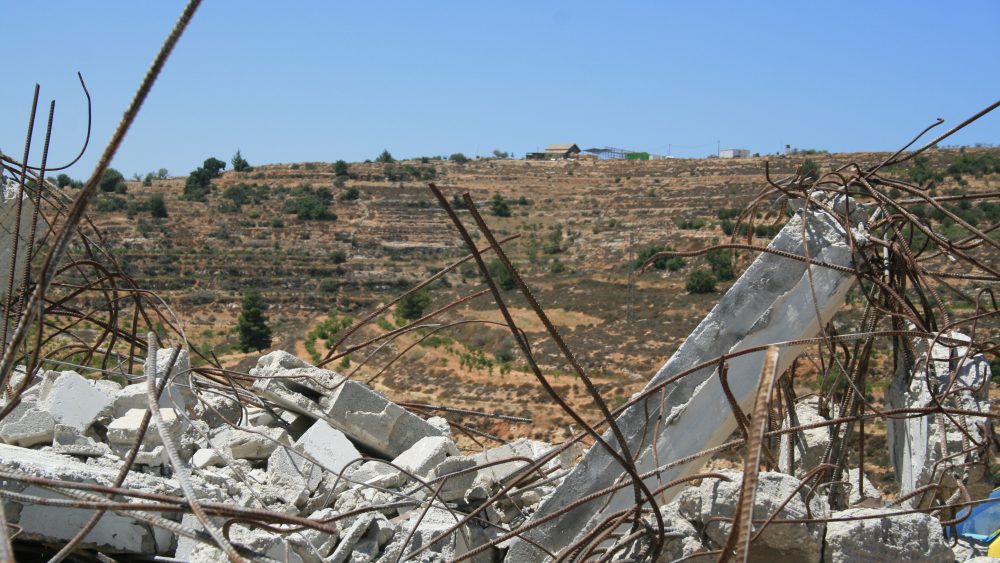 The United Nations yesterday condemned Israel for demolishing Palestinians’ homes and advancing plans to build new houses for Israeli settlers, amid the prospect of the two-state solution to the Middle East conflict already “slipping away.”

UN Secretary-General Ban Ki-moon has denounced Israel’s decisions to move forward with new constructions in the West Bank and East Jerusalem, urging Israel to halt and reverse such decisions in the interest of peace and a just final status agreement.

“This raises legitimate questions about Israel’s long-term intentions, which are compounded by continuing statements of some Israeli ministers calling for the annexation of the West Bank,” the spokesperson added.

The decisions followed the release last week of the report by the so-call Middle East Quartet – the Russian Federation, the United States, the European Union and the UN – that provides recommendations to address impediments to the two-state solution.

“The Secretary-General is deeply disappointed that this announcement comes only four days after the Middle East Quartet called on Israel to cease its policy of settlement construction and expansion,” Mr. Ban’s spokesperson said.

Also, the UN Relief and Works Agency for Palestine Refugees in the Near East (UNRWA) confirmed that the Israeli authorities demolished two homes in Qalandia Refugee Camp in the occupied West Bank in the middle of last night.

“Punitive home demolitions are a form of collective punishment which are illegal under international law,” said UNRWA Spokesperson Chris Gunness. “They inflict distress and suffering on those who have not committed the action which led to the demolition and they often endanger people and property in the vicinity.”

“UNRWA condemns punitive demolitions and reminds Israel, the occupying power, that under international humanitarian law it has an obligation to protect the occupied people and provide services,” the spokesperson added.

In a commentary sent to the press, Nickolay Mladenov, the UN Special Coordinator for the Middle East Peace Process, noted that Palestinian frustration after half a century of occupation, dozens of failed peace efforts “cannot be wished away.”