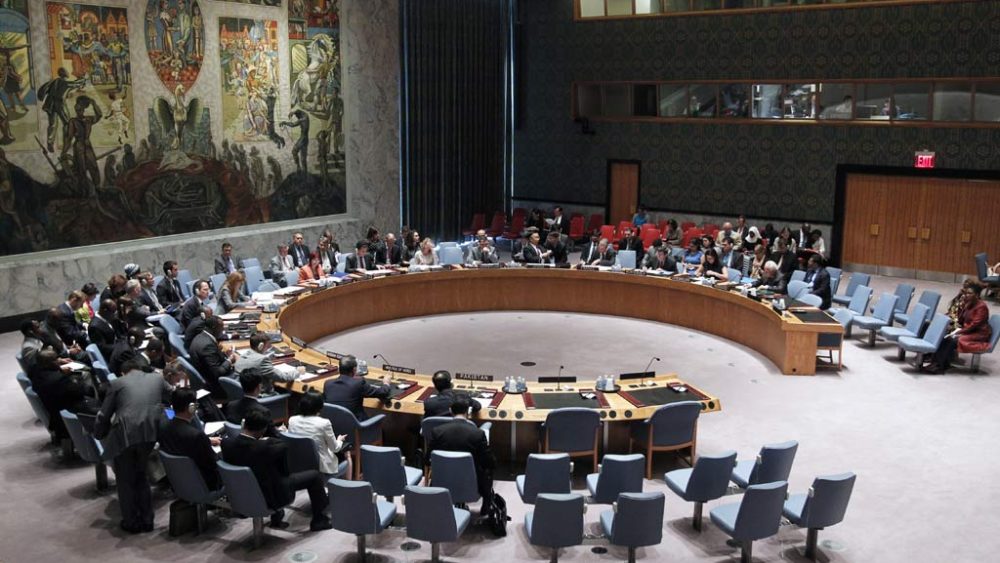 UN News Center, 22 August 2014 – The United Nations Security Council today strongly condemned the “heinous and cowardly” murder of James Foley, an American journalist, by the militant group Islamic State (IS) and demanded the immediate, safe and unconditional release of all other hostages.

“This incident is a tragic reminder of the increasing dangers journalists face every day in Syria. It also once again demonstrates the brutality of [IS], which is responsible for thousands of abuses against the Syrian and Iraqi people,” the Council said in statement to the press.

They expressed their deep sympathy and condolences to the Foley family, to the Government of the United States, as well as to the families of all victims of [IS].

“[IS] must be defeated and the intolerance, violence and hatred it espouses must be stamped out,” Council members said, emphasizing the unity amongst governments and institutions to counter [IS], Al-Nusra Front and other groups associated with Al-Qaida.

According to international law, journalists engaged in dangerous professional missions in areas of armed conflict are generally considered as civilians and shall be respected as such, members stressed. It is essential to bring perpetrators of these “reprehensible acts of terrorism” to justice.

“Those responsible for the killing of James Foley shall be held accountable,” the Council stressed, urging all States, in accordance with their obligations under international law and relevant Security Council resolutions, to cooperate actively with the United States.

The members of the Security Council reaffirmed the need to combat threats to international peace and security caused by terrorist acts. Any acts of terrorism are criminal and unjustifiable, members stated.

The Council’s strong condemnation echoes that of UN Secretary-General Ban Ki-moon, who two days ago deplored the Mr. Foley’s “horrific murder”, which he declared “an abominable crime that underscores the campaign of terror the Islamic State of Iraq and the Levant [IS] continues to wage against the people of Iraq and Syria.”