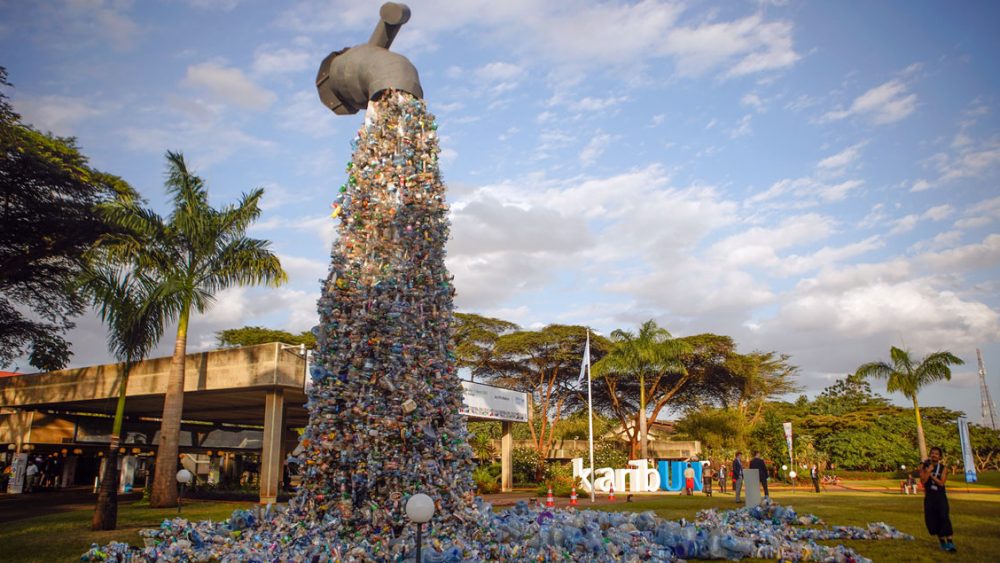 Delegates were looking to advance a global agreement on plastic pollution, among a series of draft resolutions on biodiversity and health, green economy, and circularity, as the resumed fifth session of the UN Environment Assembly kicked off in the Kenyan capital of Nairobi on Monday.

Ministers of environment and other representatives from over 170 nations will take part in the three-day hybrid Assembly (UNEA-5), which is meeting under the theme Strengthening Actions for Nature to Achieve the Sustainable Development Goals, which highlights the pivotal role nature plays in our lives and in social, economic, and environmental sustainable development.

With action on a globally binding agreement on plastic pollution at the top of the agenda, UNEA-5 participants are also set to take up a host of other pressing issues dealing with the planet and its inhabitants, including the thematic areas: nature for climate; nature for human and ecosystem health; nature for poverty eradication, jobs and economic prosperity; and nature for sustainable food systems.

Espen Barth Eide, the President of UNEA-5 and Norway’s Climate and Environment Minister acknowledged that the Assembly was gathering at a moment of severe geopolitical turmoil, and said that in times like these, “more than ever, we must demonstrate that multilateral diplomacy can deliver.”

Multilateral action would be key to tackling what he described as “the noble mission to end plastic pollution.”

“Plastic pollution has grown into an epidemic of its own. Paradoxically, plastics are among the most long-lasting products we humans have made – and frequently, we still just throw it away,” he explained.

Noting that plastic is a product that can be used over and over again, Mr. Barth said that “if we move it into a circular economy. I am convinced that the time has come for a legally binding treaty to end plastic pollution.”

Inger Andersen, Executive Director of the UN Environment Programme (UNEP), said: “Over the last week, we have seen tremendous progress on negotiations towards an internationally legally binding instrument to end plastic pollution. I have complete faith that once endorsed by the Assembly, we will have something truly historic on our hands”.

“Ambitious action to beat plastic pollution should track the lifespan of plastic products – from source to sea – should be legally binding, accompanied by support to developing countries, backed by financing mechanisms, tracked by strong monitoring mechanisms, and incentivizing all stakeholders – including the private sector”, Ms. Andersen added.

The resolution on plastic pollution, as well as the other pressing environmental issues, will be formally decided by Member States in the closing plenary meeting of the Assembly on Wednesday, 2 February 2022.

About the UN Environment Assembly

The UN Environment Assembly meets biennially to set priorities for global environmental policies and develop international environmental law decisions and resolutions then taken by Member States at the Assembly also define the work of UNEP. Due to the pandemic, Member States agreed on a two-step approach to UNEA-5: an online session (22-23 February 2021)and an in-person meeting which takes place between 28 February and 2 March 2022.