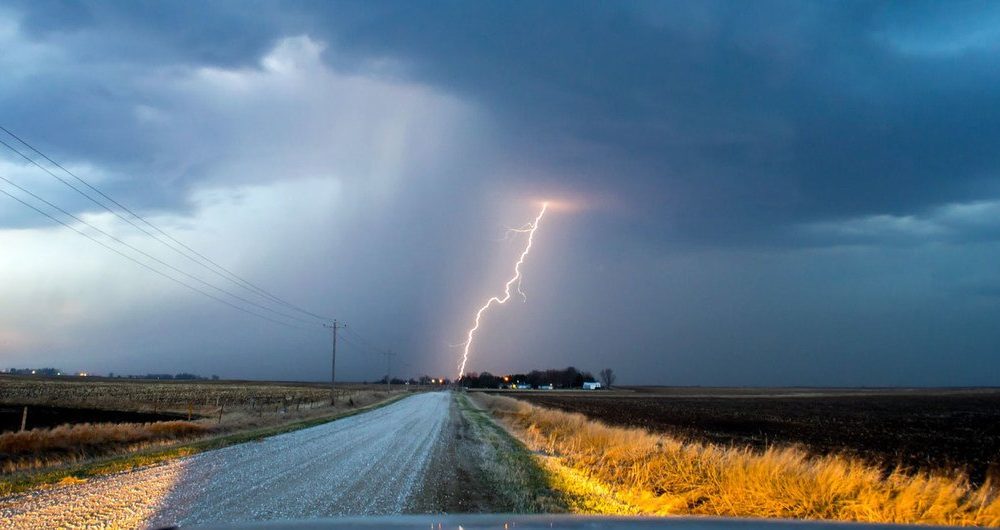 In the southern United States, WMO’s Committee on Weather and Climate Extremes on Tuesday, officially recognized a single flash that covered a horizontal distance of 768 ± 8 km (477.2 ± 5 miles) on 29 April, 2020.

“This is equivalent to the distance between New York City and Columbus Ohio in the United States or between London and the German city of Hamburg”, said WMO in a press release.

The other record announced was for the greatest duration for a single lightning flash – of 17.102 ± 0.002 seconds from the flash – that developed continuously through a thunderstorm over Uruguay and northern Argentina, on 18 June 2020.

The new record for the longest detected megaflash distance is 60 kilometres more than the previous record, which was recorded with a distance of 709 ± 8 km (440.6 ± 5 mi) across parts of southern Brazil on 31 October 2018.

Both the previous and new record used the same maximum great circle distance methodology to measure flash extent, said WHO, meaning the shortest measurable distance between two points on a sphere.

The now runner up for the longest duration megaflash record, stood at 16.73 seconds which was derived from a flash that developed continuously over northern Argentina on 4 March 2019 – that’s 0.37 seconds shorter than the new record announced on Tuesday.

The findings were published in the Bulletin of the American Meteorological Society.

“These are extraordinary records from single lightning flash events. Environmental extremes are living measurements of the power of nature, as well as scientific progress in being able to make such assessments”, said Professor Randall Cerveny, rapporteur of Weather and Climate Extremes for WMO.

“It is likely that even greater extremes still exist, and that we will be able to observe them as lightning detection technology improves”.

The head of WMO, Petteri Taalas, said of the new records, that lightning was a major hazard that claims many lives every year. “The findings highlight important public lightning safety concerns for electrified clouds where flashes can travel extremely large distances”.

The new record strikes occurred in hotspots for what are known as Mesoscale Convective System (MCS) thunderstorms, whose dynamics permit extraordinary megaflashes to occur – namely, the Great Plains in North America, and the La Plata basin in South America.

Noted lightening specialist and committee member, Ron Holle, said of the spectacular meteorological events that “these extremely large and long-duration lightning events were not isolated but happened during active thunderstorms. Any time there is thunder heard, it is time to reach a lightning-safe place.”

“The only lightning-safe locations are substantial buildings that have wiring and plumbing; not structures such as at a beach or bus stop”, he cautioned.

“The second reliably safe location is inside a fully enclosed metal-topped vehicle; not dune buggies or motorcycles. If lightning is within 10 km as found with reliable lightning data, go to the lightning safe building or vehicle.

“As these extreme cases show, lightning can arrive within seconds over a long distance, but they are embedded within larger thunderstorms, so be aware.”

The WMO Archive of Weather and Climate Extremes maintains official records of the world, hemispheric and regional extreme records associated with a number of specific types of weather.

Other previously accepted WMO lightning extremes have been far more deadly, than spectacular: in Zimbabwe, in 1975, 21 people were killed by a single flash of lightning as they huddled for safety in a hut.

And the grim record for fatalities caused by an indirect lightning strike, saw 469 people killed in Dronka Egypt when lightning struck a set of oil tanks, causing burning oil to flood the town in 1994.
The previous assessments that established the flash duration and extent records, used data collected by ground-based Lightning Mapping Array (LMA) networks.

Many lightning scientists acknowledged that there are upper limits for the scale of lightning that could be observed by any existing LMA, and that identifying megaflashes beyond these extremes, would require a lightning mapping technology with a larger observation domain.

“Lightning is a surprisingly elusive and complex natural phenomenon for the impact that it has on our daily lives”, said lead author and evaluation committee member, Michael Peterson, of the Space and Remote Sensing Group based at the Los Alamos National Laboratory in the US.

“We are now at a place where we have excellent measurements of its many facets, which allow us to discover surprising new aspects of its behaviour. Now that we have a robust record of these monster flashes, we can begin to understand how they occur and appreciate the disproportionate impact that they have.

“There is still a lot that we do not know about these monsters, but as an early career scientist, it is a privilege to stand among my colleagues at the forefront of this new and exciting area of research and to push the boundaries of our understanding of what lightning is capable of.”