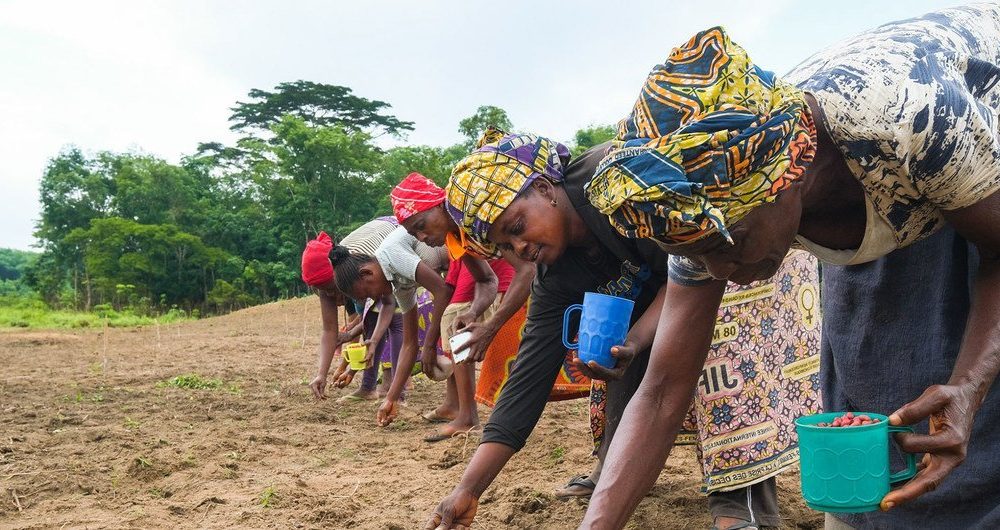 G20 leading industrialized nations must embrace their role as influential leaders against climate change, by aligning development and economic recovery with international nature and climate goals, according to a new UN report, published on Thursday.

In its joint report on finance for nature in the G20 countries, the UN Environment Programme (UNEP), the World Economic Forum (WEF)  and the Economics of Land Degradation Initiative, examined how wealthy nations can better support nature-based solutions (NbS).

In addition to promoting sustainable farming and supply chains, or intiatives such as creating green spaces in cities to tackle rising heat, G20 States – a group representing many of the world’s most advanced economies – must address interrelated climate, biodiversity, and land degradation crises by increasing their annual investments in nature to $285 billion by 2050, said the State of Finance for Nature in the G20 report.

The publication estimated that G20 spending, including large emerging economies, stood at $120 billion in 2020, which was directed towards official development assistance (ODA).

It notes the spending gap in non-G20 countries, was even larger and more difficult to bridge.

The report builds on the 2021 report, ‘State of Finance for Nature – Tripling Investments in Nature-based Solutions by 2030’, which called for closing a $4.1 trillion NbS financing gap between 2020 and 2050.

The report findings show that at just 11 per cent, or $14 billion annually, private sector investments remained small, even though they contributed 60 per cent of the total national GDP in most G20 countries.

It also reveals that G20 investments represented 92 per cent of all global NbS investments in 2020.

Moreover, 87 per cent – $105 billion – of those investments were distributed internally towards domestic programmes.

The findings confirm the urgency to increase net-zero and nature-positive investments to close these finance gaps, as reflected in the Global Biodiversity Framework’s Target 19 and in the Glasgow Climate Pact of the UN Climate Change Conference (COP26).

The authors also reinforced the need to accelerate land restoration around the globe, as declared by the UN Decade on Ecosystem Restoration 2021-2030.

To meet all agreed biodiversity, land restoration and climate targets by 2050, the report underscored the need for annual G20 NbS investments to increase by at least 140 per cent.

This means an additional $165 billion per year, especially in ODA and private sector spending.

At the global level, future investments in nature must rise four-fold by 2050, equalling an annual investment of over $536 billion.

As G20 country carry out most of the global economic and financial activity with fiscal leeway, the report maintained that they have the capacity to meet that target.

State of Finance for Nature also called for G20 States to increase investment in non-G20 countries, which can often be more cost-effective and efficient than investing in similar nature-based solutions internally.

A paradigm shift by governments, corporations and finance institutions is urgently required to effectively tackle the interrelated nature, climate, and land degradation crises on which many economies depend.

“To scale up private finance, Governments can boost the investment case for nature, for instance by creating stable and predictable markets for ecosystem services like forest carbon or by using public money on below-market rates”, said Ivo Mulder, Head of UNEP’s Climate Finance Unit, adding that, “systemic changes are needed at all levels, including consumers paying the true price of food, taking into account its environmental footprint”.

The report concluded that following the COVID-19 crisis, Governments must truly build back better.

As many developed countries can borrow cheaply on international capital markets, the author’s are calling on policymakers to tie in nature and climate conditions when providing fiscal stimulus to sectors across their economies.

This would ensure that international biodiversity, climate and land degradation targets are met.