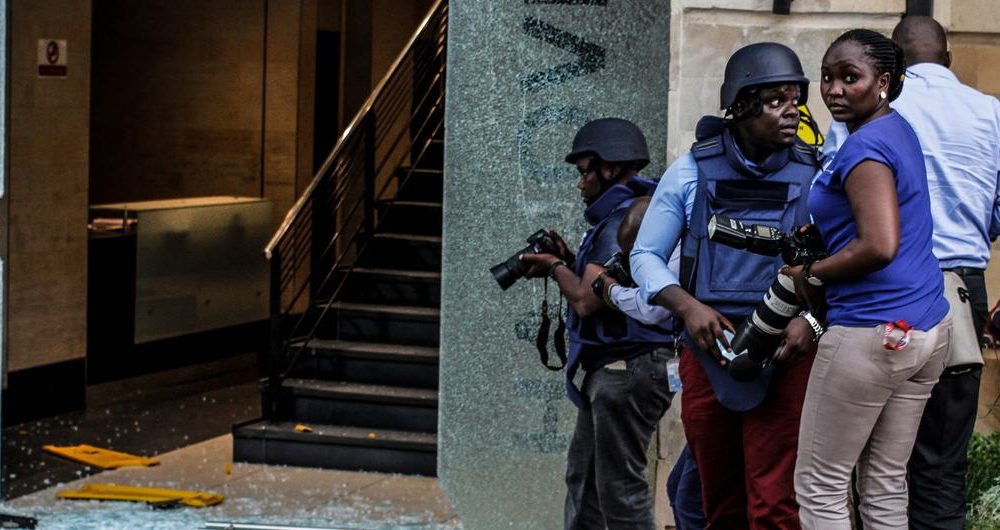 “Once again in 2021, far too many journalists paid the ultimate price to bring truth to light”, said UNESCO Director-General Audrey Azoulay.

“Right now, the world needs independent, factual information more than ever. We must do more to ensure that those who work tirelessly to provide this can do so without fear.”

Although the number of victims stands at its lowest for a decade, UNESCO underlined the many dangers that reporters face in trying to cover stories and expose wrongdoing.

In 2021, as in previous years, journalists faced high rates of imprisonment, physical attack, intimidation and harassment, including when reporting on protests.

Women journalists continue to be particularly at risk as they are subjected to “a shocking prevalence of harassment online”, UNESCO said, citing data which showed that nearly three-quarters of female media professionals surveyed had experienced online violence linked to their work.

According to the UNESCO Observatory of Killed Journalists, two-thirds of victims in 2021 died in countries where there is no armed conflict.

This marks a complete reversal of the situation in 2013, when two-thirds of killings took place in countries experiencing conflict.

Most deaths in 2021 occurred in just two regions, Asia-Pacific – with 23 killings, and Latin America and the Caribbean – with 14.

Mr. Aung – also known as A Sai K – died on 25 December while covering the plight of refugees in the southeastern state of Kayin.

During his assignment for the Federal News Journal, he was shot in an artillery attack by the Myanmar armed forces, UNESCO said citing reports, making him the second journalist to be killed in Myanmar last month.

UNESCO has a global mandate to ensure freedom of expression and the safety of journalists worldwide.

Every time a journalist or media professional is killed, the agency systematically urges authorities to conduct a full investigation.

The agency also coordinates the UN Plan of Action on the Safety of Journalists and the Issue of Impunity, which marks its 10-year anniversary in 2022.

UNESCO also provides training for journalists and judicial actors, works with Governments to develop supportive policies and laws and raises global awareness through events such as World Press Freedom Day, commemorated annually on 3 May.