United Nations Association of Iran / News / UN chief calls on U.S. to lift sanctions on Iran based on JCPOA
Dec 15 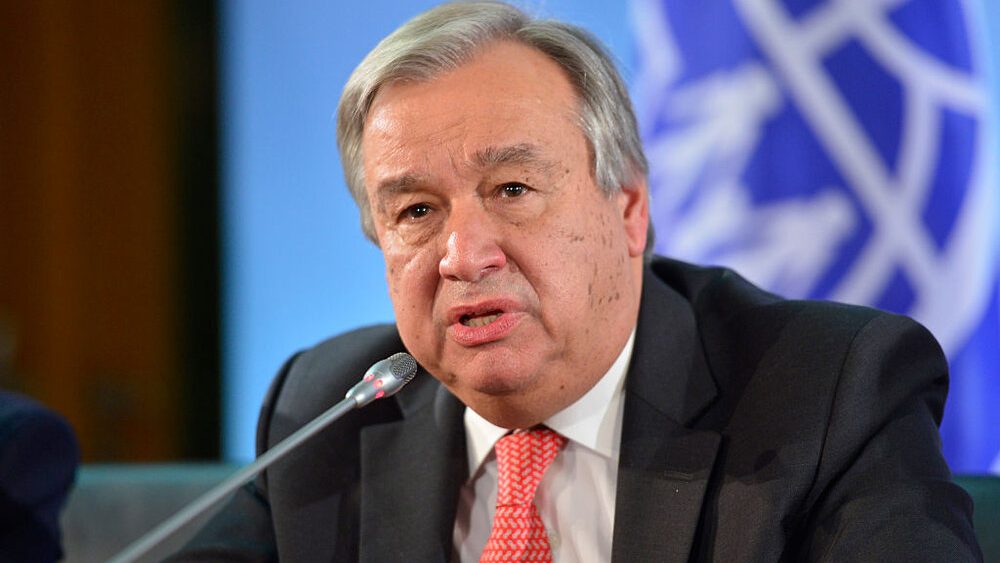 UN chief calls on U.S. to lift sanctions on Iran based on JCPOA

United Nations Secretary General Antonio Guterres has called on the United States to lift or waiver the sanctions on Iran in accordance to the 2015 nuclear deal, officially called the Joint Comprehensive Plan of Action (JCPOA).

The following is an excerpt of the report by the UN chief:

On 14 July 2015, China, France, Germany, the Russian Federation, the United Kingdom of Great Britain and Northern Ireland, the United States of America and the European Union with the Islamic Republic of Iran concluded the Joint Comprehensive Plan of Action. Subsequently, on 20 July 2015, the Security Council adopted resolution 2231 (2015), in which the Council endorsed the Plan and called upon all Member States, regional organizations and international organizations to support its implementation. Despite difficulties encountered in the implementation of the Plan in recent years, I have always believed that it represents the best option available to realize the goals of multilateral diplomacy and regional security in a manner that delivers tangible economic benefits for the Iranian people.

I am encouraged by the diplomatic engagements in and around the Joint Commission, which took place between April and June 2021, to facilitate the return of the United States and the Islamic Republic of Iran to full and effective implementation of the Plan and the resolution. Those efforts did not result in the return of the United States to the Plan or to the reversal of steps taken by the Islamic Republic of Iran to reduce implementation of nuclear-related commitments under the Plan. It is my hope that the resumption of diplomatic efforts, which recommenced on 29 November 2021, will usher in renewed and effective cooperation among all participants in the Plan. The swift and successful conclusion of those diplomatic engagements should allow all parties to address their concerns and achieve their stated objectives, as expressed most recently in the letter dated 20 July 2021 from the Islamic Republic of Iran to me (A/75/968-S/2021/669) and the joint statement issued by France, Germany, the United Kingdom and the United States.

I appeal again to the United States to lift or waive its sanctions as outlined in the Plan, to extend the waivers with regard to the trade in oil with the Islamic Republic of Iran and to fully renew waivers for nuclear non-proliferation projects in the framework of the Plan. Those steps are needed to facilitate the full and proper implementation of the Plan and resolution 2231 (2015)

The Joint Comprehensive Plan of Action and resolution 2231 (2015) continue to enjoy broad international support. I am encouraged by bilateral and multilateral initiatives to improve relationships with the Islamic Republic of Iran, which should be encouraged and built upon. Such initiatives can have positive effects on regional stability, as well as foster a conducive environment for diplomatic engagements pertaining to the Plan. I call upon Member States, as well as their economic operators, to engage in trade with the Islamic Republic of Iran, including through available arrangements such as the Instrument in Support of Trade Exchanges (INSTEX), the procurement channel provided for in resolution 2231 (2015) and the Swiss Humanitarian Trade Arrangement, as appropriate. Support for such trade arrangements continues to be important, given that the health challenges posed by the coronavirus disease (COVID-19) pandemic remain significant in the Islamic Republic of Iran.

The present report, my twelfth on the implementation of resolution 2231 (2015), provides an assessment of the implementation of the resolution, including findings and recommendations, since the issuance of my eleventh report (S/2021/582), on 21 June 2021. Consistent with previous reports, the focus of the present report is on the provisions set forth in annex B to resolution 2231 (2015).