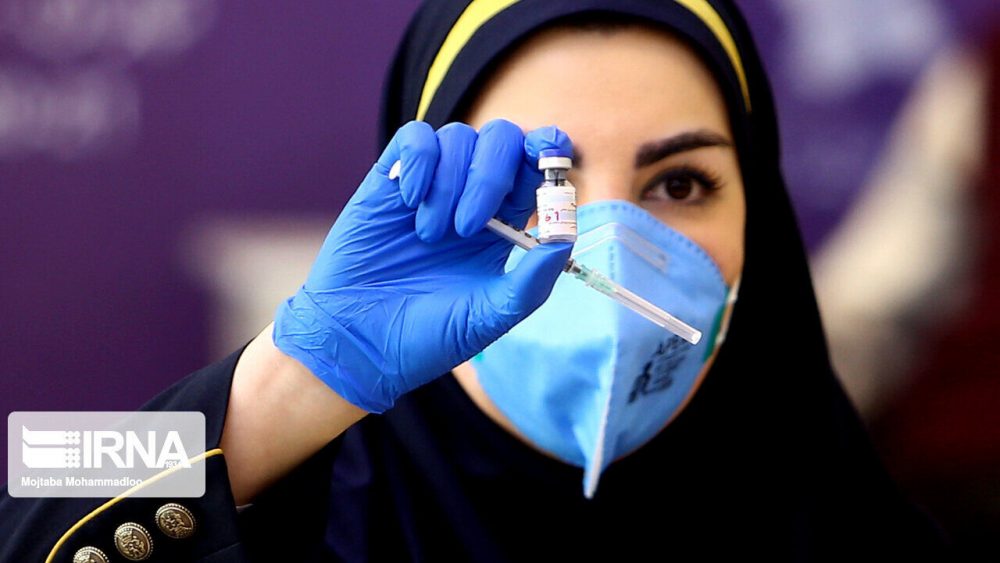 “I am proud of the UN agencies accelerating its support – to date 15 million vaccines have landed in Tehran together with other medical supplies and much-needed protection equipment through UN facilitation”, Priesner added.

Addressing a ceremony marking the 76th Anniversary of the United Nations at the Institute for Political and International Studies (IPIS) on 1 December 2021, Mr. Priesner charted the good cooperation with Government for now and the next five years and also stressed that the partnership goes back a long way when in 1950 the UN opened its first office.

“Today an impressive number of agencies – 18 – are testimony of our large scale cooperation,” he said.

Referring to Iran’s contributions to the development and humanitarian sphere, he said hosting several million refugees and migrants as well as playing a significant role in stemming the flow of illicit drugs from Afghanistan to the world are just two examples.

A large number of foreign diplomats stationed in Tehran as well as government officials, NGO members and journalists attended the ceremony.

Deputy Foreign Minister and President of IPIS Dr. Hassan Sheykh al-Islami in his address said some 76 years ago the United Nations was created after a devastating war with the objectives of safeguarding international peace and security, developing friendly relations among nations and helping member states to solve international economic, social and cultural problems.

He said that the UN Day is the best framework for reminding us of the important role of the Organization in supporting the member states’ efforts for fulfilling the objectives of the UN Charter. The Deputy Foreign Minister emphasized that the United Nations as the most important manifestation of multilateralism must pave the needed ways of all countries for solving their problems based on equal social, economic and cultural rights.

The ceremony continued by screening a video on UN achievements in Iran.

Then, UN World Food Programme (WFP) Representative Ms. Negar Gerami in her remarks said that the UN in Iran supported the government’s significant efforts to fight drug-related crimes such as trafficking and abuse – addressing border control and investigation through training and improving prevention and treatment methods.

She said the UN has developed sustainable farming methods to avoid droughts and draining wetlands in Iran while promoting efficient water management and waste management, helping to reduce CO2 emissions.

“The UN also provided food assistance to thousands of refugee families and distributed hygiene- and dignity kits – always to those who needed it most,” Ms. Gerami said adding that last year the UN also covered the Universal Public Health Insurance for 120,000 refugees.

Gerami pointed out that through the UN efforts, over half a million refugee children were enrolled in national schools and we introduced “School Feeding” programmes for some of the most vulnerable of them benefitting both students and teachers.

Composer and university professor and setar player Mr. Keyvan Saket had kindly agreed to perform pro bono, and he received standing ovations after playing his beautiful piece for the audience.

The programme continued with a video message from the President of the Iranian Association for UN Studies (IAUNS) and Tehran University Professor Dr. Nasrin Mosaffa.

At the end of the ceremony, Mr. Nima Ilat from United Nations Population Fund (UNFPA) who represented a generation of young UN staff members in his statement said I can fully guarantee that my generation is committed to keeping the world and all its beauties for the future; we will all thank you for doing the same!