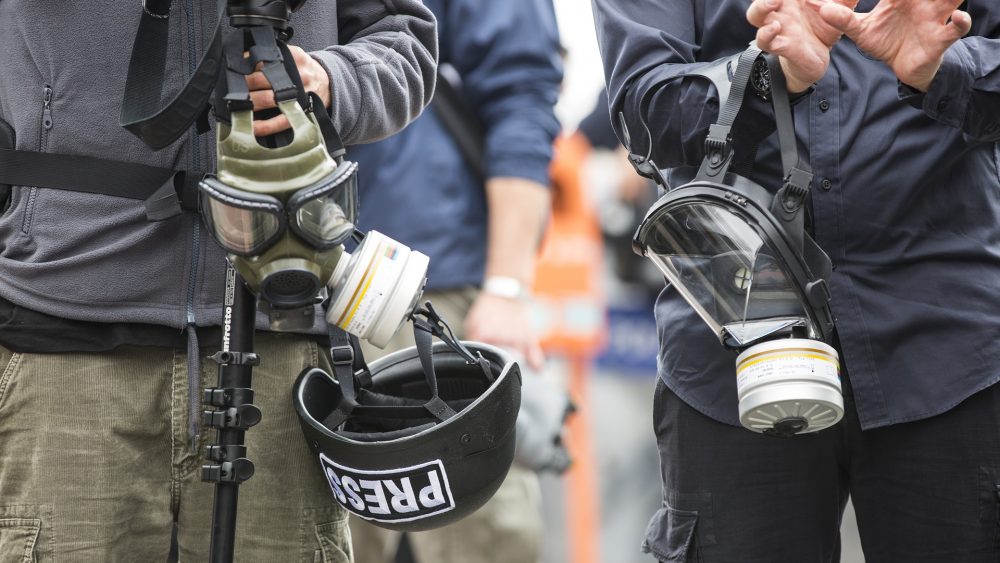 62 journalists killed in 2020, just for doing their jobs: UNESCO

In 2020 alone, according to UN cultural agency UNESCO, which works to protect media workers, 62 journalists were killed just for doing their jobs. Between 2006 and 2020, over 1,200 professionals lost their lives the same way. In nine out of ten cases the killers go unpunished.

This year, because of statistics like these, the International Day to End Impunity for Crimes against Journalists is highlighting the important role of prosecutorial services, not only in bringing killers to justice, but also prosecuting threats of violence.

In a message marking the day, marked on Tuesday, the UN Secretary-General, António Guterres, noted that many journalists had lost their lives while covering conflict, but the number of media workers killed outside conflict zones, has risen in recent years.

For Mr. Guterres, “crimes against journalists have an enormous impact on society as a whole, because they prevent people from making informed decisions.” Journalists face countless other threats, ranging from kidnapping, torture and arbitrary detention, to disinformation campaigns and harassment, particularly in the digital sphere.

“The COVID-19 pandemic, and the shadow pandemic of misinformation, has demonstrated that access to facts and science is literally a matter of life and death”, he said. “When access to information is threatened, it sends a disturbing message that undermines democracy and the rule of law.”

According to UNESCO’s recent paper, The Chilling: Global trends in online violence against women journalists, 73 percent of the women journalists surveyed, said they had been threatened, intimidated and insulted online in connection with their work.

The Secretary-General urged Member States to stand in solidarity with journalists around the world, showing the political will needed to investigate and prosecute these crimes.

The Director-General of UNESCO, Audrey Azoulay, also marked the day with a message, saying that, for too many journalists, “telling the truth comes at a price.”

According to her, “when attacks against journalists go unpunished, the legal   system and safety frameworks have failed everyone.”

“States thus have an obligation to protect journalists and to ensure that the perpetrators of crimes against them are punished. Judges and prosecutors in particular, have an important role to play in promoting swift and effective criminal proceedings”, she said.

In recent years, UNESCO has trained nearly 23,000 judicial officials, including judges, prosecutors and lawyers. The training covered international standards related to freedom of expression and the safety of journalists, and has placed a particular focus on issues of impunity.

This year, the agency’s #EndImpunity campaign is highlighting some of the specific risks which journalists face, in their quest to uncover the truth.

“Only by allowing the truth to be spoken can we advance peace, justice and sustainable development in our societies”, Mrs. Azoulay concluded.

Commemorations in 2021 will also pave the way for the 10-year anniversary of the UN Plan of Action on Safety of Journalists and the Issue of Impunity, to be marked in 2022.

To mark the day, the Permanent Missions of France, Greece and Lithuania and the Group of Friends for the Protection of Journalists, organized an event, at the UN headquarters, to debate the issue of hate-speech and the safety of women journalists.

In a video message for the event, the President of the General Assembly, Abdulla Shahid, asked Member States to acknowledge that too often women journalists are disproportionately impacted.

Mr. Shahid argued that “much of this is enacted by misogynists who want to make journalism unsafe for women.”

“We have a collective obligation to stand up against this. Let us do our utmost to ensure that journalism remains safe for women, and bring an end to the harassment, bullying and threats that target their gender”, he added.

A group of UN experts on human rights also issued a statement, saying that “threats to the safety of journalists, far from abating, have taken new forms in the digital age, especially for women journalists.”

According to them, the failure to investigate and address attacks online has real-life consequences for women journalists, affecting their mental and physical health.

In extreme cases, online threats can escalate to physical violence and even murder, as the killing of the Maltese journalist Daphne Caruana Galizia showed.

The group reiterated the call for a standing investigatory mechanism to be set up by the United Nations, drawing on independent international experts, including from the Special Procedures and the Treaty Bodies.

In an increasingly digitalized world, they also asked Member States to ensure that all journalists are free to carry out their vital work free from threats, intimidation or any form of reprisal online or offline.

The statement was issued by the Special Rapporteur on freedom of opinion and expression, Irene Khan, the rapporteur on extrajudicial, summary or arbitrary executions, Morris Tidball-Binz, and the rapporteur highlighting violence against women, Reem Alsalem.

All independent UN rights experts are appointed by the Human Rights Council, and work on a voluntary basis. They serve in their individual capacity, and are neither UN staff, nor do they receive a salary from the Organisation.