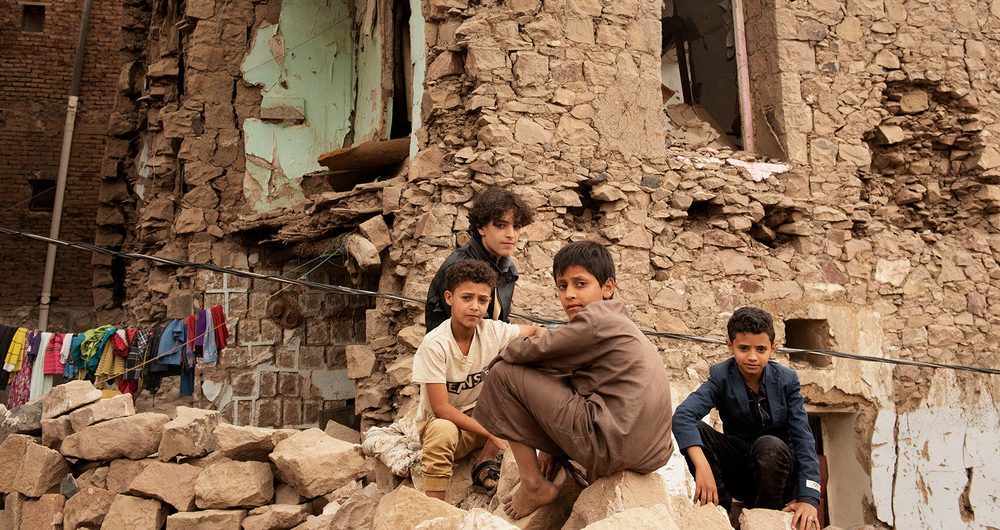 Another “shameful milestone” has been reached in the conflict in Yemen with 10,000 children killed or maimed since fighting started in March 2015, the UN Children’s Fund (UNICEF) said on Tuesday.

That’s the equivalent of four children every day, UNICEF spokesperson James Elder said. Urging all parties to the conflict to stop the fighting, he added that “Yemen is the most difficult place in the world to be a child. And, incredulously, it is getting worse.”

Yemen’s humanitarian crisis continues to be “the world’s worst” according to Mr. Elder, who said that it “represents a tragic convergence of four threats: a violent and protracted conflict, economic devastation, social services on the brink of collapse, including health, nutrition, water sanitation, education, protection; and a critically underfunded UN system”.

According to UNICEF, more than 11 million children, (four in five) are in need of humanitarian assistance in Yemen. Some 400,000 children suffer from severe acute malnutrition, more than two million are out of school and two-thirds of teachers, (more than 170,000), have not received a regular salary for more than four years.

Some 1.7 million children are also now internally displaced and 15 million people (more than half of whom are children) do not have access to safe water, sanitation, or hygiene.

“At current funding levels and without an end to the fighting, UNICEF simply cannot reach all these children. There’s no way to say this simply without international support, more children, those who bear absolutely no responsibility for this conflict will die,” Mr. Elder warned.

UNICEF “urgently needs $235 million to continue its lifesaving work” until mid-2022, Mr. Elder said, while emphasizing that the organization has made a positive impact.

It has also delivered COVID vaccines through the UN-partnered COVAX initiative, provided psychosocial support, mine risk education and direct assistance for the most vulnerable children, and trained and deployed thousands of community health workers.

This year alone it has helped 620,000 children access formal and non-formal education and provided vaccines for preventable diseases – including a polio campaign that reached more than five million children.

However, Mr. Elder reiterated the severity of the humanitarian situation in Yemen, where the economy is in a critical condition and GDP has dropped by 40 per cent since 2015.

“Huge numbers of people have lost their jobs, and those who are still working quite frequently go unpaid,” he said.

Displacement and the destruction of schools have meant classrooms can have as many as 200 children in them. Despite this, unpaid teachers, are “turning up to those classrooms day after day,” he said.

Following a mission to the north and the south of Yemen, Mr. Elder said he had met “scores of children, many inspiring; all suffering, as well as paediatricians, teachers and nurses who all shared personal stories demonstrating how the country is on the brink of total collapse”.

Emphasizing the “selfless commitment of everyday Yemenis” the UNICEF spokesperson said he had met a paediatrician caring for severely malnourished babies: “She was treating a child whose life was hanging in the balance just a week earlier.

With UNICEF supplies, this paediatrician saved the little girl’s life. The paediatrician had studied for a decade, including earning a master’s degree, and practised medicine for eight years.

“She had not been paid once in 2021. Yet she continues to serve her community” he stated. According to Mr. Elder, “people are out of options, which means they are forced to sell everything from jewellery to cooking pots, just to feed their own children”.

“They are starving because adults continue to wage a war in which children are the biggest losers”, he stated.

Funding is critical and donor support is clearly in line with lives saved. However, without more funding, UNICEF will have to stop or scale down its emergency assistance, Mr. Elder made clear.