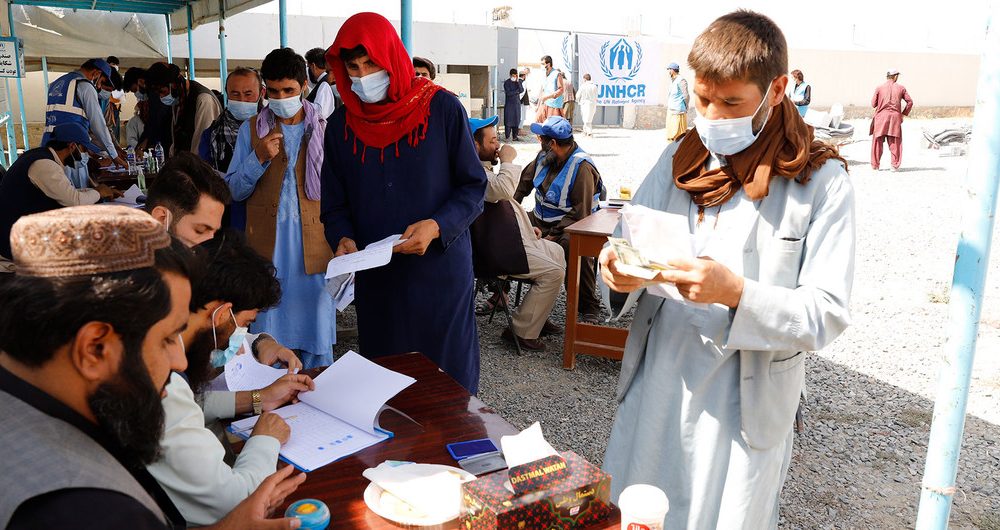 The humanitarian crisis in Afghanistan is worsening and funding for emergency aid is urgently needed to help 20 million people there, the UN refugee agency, UNHCR, said on Tuesday.

A month since the UN-led $606 million appeal for solidarity for the people of Afghanistan, the UN refugee agency said that only 35 per cent of the funds it needed to fund operations for the next two months had been received.

The development follows a call from UN chief António Guterres on Monday to the international community to inject cash into Afghanistan’s crumbling economy to prevent its collapse, for which “not only they but all the world will pay a heavy price”.

The Secretary-General’s comments came ahead of Tuesday’s G20 meeting of leading industrialized nations, whose leaders were due to discuss the situation in Afghanistan, where the Taliban ousted the Government on 15 August.

Speaking from Kabul, UNHCR spokesperson Babar Baloch said that the agency was trying to establish a logistics hub just outside Afghanistan’s border to distribute aid to the country’s many hundreds of thousands of internally displaced.

Mr. Baloch explained that Afghanistan’s economy was at “a breaking point”, and that this collapse had to be avoided at all costs, particularly as temperatures were now plunging at night with the approach of winter:

“So, resources are really needed to reach more and more Afghans, I mean, when you talk about half of the population relying on humanitarian assistance; 20 million, that number is rising day by day,” he said. “We need those resources as immediately as possible.”

The UNHCR spokesperson said that the agency planned to conduct three airlifts to scale up supplies to Afghanistan in the coming period.

“Consignments will be airlifted to Termez, Uzbekistan, and subsequently trucked through the Hairatan border point into Mazar-i-Sharif. The airlifts will deliver urgently needed humanitarian relief items. The first flight is expected to arrive mid-October.”

One in two in need

At the beginning of 2021, 18 million people in Afghanistan needed humanitarian assistance, half of the country’s population.

UN aid officials insist that “the window to assist is narrow”, as only five per cent of households have enough to eat every day, and more than half of all children under-five are expected to become acutely malnourished in the next year.

Severe drought and disruptions to farming have increased the risk of food insecurity as the winter approaches, said the Office for the Coordination of Humanitarian Affairs (OCHA).

Action must be taken

At the G20 Extraordinary Meeting on Afghanistan which took place on Tuesday, according to his Spokesperson briefing reporters in New York, the Secretary-General António Guterres, stressed there are three areas for essential action: ensuring a lifeline of help to the Afghan people, avoiding a total meltdown of the country’s economy and a “constant commitment” to move things in the right direction, for the Afghan people.

For its part, the World Food Programme (WFP) warned that there is no money to pay wages or buy food, medicine or clean water. WFP said that one million children’s lives are in the balance as deaths from malnutrition loom. The agency stresses that these deaths can be prevented, if further funds are freed up for Afghanistan now. The international flash appeal is now 38 per cent funding, said the UN Spokesperson.