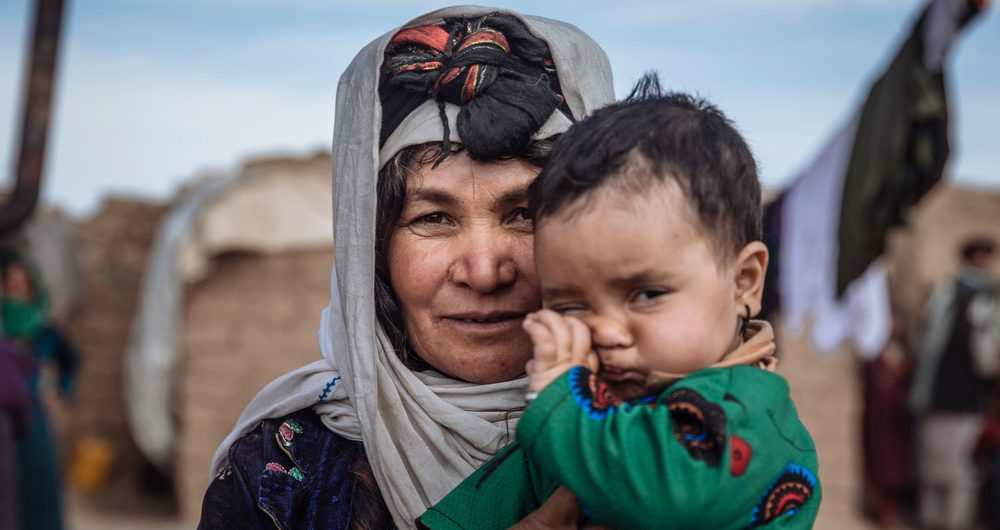 With the war in Afghanistan now in “a new, deadlier, and more destructive phase”, the top UN official in the country appealed on Friday for the Security Council to act to avert a catastrophe.

Special Representative Deborah Lyons, head of the UN Assistance Mission in Afghanistan (UNAMA), said the advance of the Taliban in recent months, now targeting major cities, is reminiscent of the Syrian and Balkan wars.

“Afghanistan is now at a dangerous turning point,” she said. “Ahead lies either a genuine peace negotiation or a tragically intertwined set of crises: an increasingly brutal conflict combined with an acute humanitarian situation and multiplying human rights abuses.”

Warning that the consequences could extend beyond the country’s borders, Ms. Lyons urged ambassadors to seize the opportunity and demonstrate commitment “to prevent Afghanistan from descending into a situation of catastrophe so serious that it would have few, if any, parallels this century.”

‘A different kind of war’

Having seized rural areas in the wake of the departure of foreign troops, the Taliban are now advancing on major cities, and the provincial capitals of Kandahar, Herat, and Lashkar Gah are under significant pressure.

The human toll has been devastating, Ms. Lyons reported. More than 1,000 casualties have been recorded in these three areas in the past month alone, while homes, hospitals, bridges and other infrastructure have been destroyed.

Fighting has been especially fierce in Laskhar Gah, capital of Helmand province in the south, where at least 104 civilians were killed, and 403 wounded, over the past 10 days.

“This is a different kind of war, reminiscent of Syria recently or Sarajevo in the not so distant past. To attack urban areas is to knowingly inflict enormous harm and cause massive civilian casualties,” she said.

The Taliban are not operating alone, according to Afghanistan’s Ambassador to the UN, Ghulam M. Isaczai.  He told the Council that more than 10,000 foreign fighters are in the country, representing 20 groups including Al-Qaeda and ISIL.

“There is mounting evidence that the East Turkestan Islamic Movement and the Islamic Movement of Uzbekistan, which have pledged allegiance to ISIL, fought alongside the Taliban in Faryab, Jowzjan, Takhar and Badakhshan provinces where they are currently present with their families under the Taliban control,” said Mr. Isaczai, delivering a statement on behalf of Afghanistan’s Foreign Minister.

“The link between the Taliban and these transnational terrorist groups is stronger today than at any point in recent times.”

Ms. Lyons recalled that over the past three years, the Afghan authorities, as well as the international community, have held numerous discussions with the Taliban towards finding peace and a political consensus.

Each time, the expectation was that violence would diminish and that the same would happen when foreign troops exited the country earlier this year.

“Instead, despite significant concessions for peace, we have seen a 50 per cent, 5-0 per cent, increase in civilian casualties with the certainty of many more, as the cities are attacked,” she said.

Underscoring the unique role of the Security Council, the UN envoy stressed that its support for Afghanistan, and action, are critical to the country’s people. She highlighted the opportunity, right now, to demonstrate commitment.

“In speaking to Afghans, the impression I have now is of a population waiting apprehensively for a dark shadow to pass over the brighter futures they once imagined. It is difficult to me to describe the mood of dread we are faced with every day,” she said.

“Afghans are facing this coming darkness with a sense of being abandoned by the regional and international community. They expect far greater engagement and visible support from you, as the Council mandated to maintain international peace and security.”

Ahead of talks in Qatar next week, and the Council’s next meeting on Afghanistan in September, Ms. Lyons urged ambassadors to seize the opportunity to address the deteriorating situation in the country.

The Security Council must issue an unambiguous statement that attacks against cities must stop now, she said, while countries meeting with Taliban representatives should insist on a general ceasefire and resumption of negotiations.

“We as the members of the regional and international community, so well represented by this Council, must put aside our own differences on the question of Afghanistan and send a strong signal—not only in our public statements but also in our bilateral communications to both parties—that it is essential to stop fighting and negotiate, in that order. Otherwise, there may be nothing left to win.”