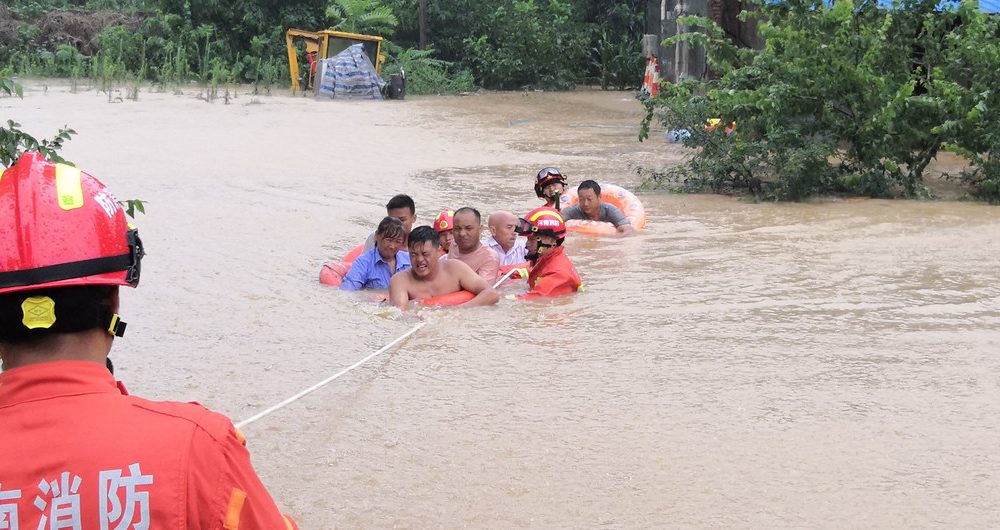 Water-related hazards dominate the list of 10 most destructive disasters

Against the backdrop of a rapidly changing global climate, water-related hazards top the list of natural disasters with the highest human losses in the past 50 years, according to a new report by the World Meteorological Organization (WMO).

The Atlas of Mortality and Economic Losses from Weather, Climate and Water Extremes (1970-2019) – which will be published in September – finds that of the 10 disasters causing the most human fatalities in the past five decades, droughts top the list with some 650,000 deaths across the globe.

Excerpts from the report were released as temperatures in parts of North America soar, and unprecedented flooding in north-central Europe continues to dominate news headlines.

The German national meteorological service said up to two months’ worth of rainfall fell in 2 days, on 14 and 15 July, affecting parts of Germany, Belgium, the Netherlands, Luxembourg, Switzerland and Austria.

According to news reports, more than 120 people have died in Germany alone, and hundreds remain missing.
Meanwhile, parts of the central Chinese province of Henan received more accumulated rainfall between 17 and 21 July than the typical average for a full calendar year.

The report estimates that, of the top 10 events examined between 1970 and 2019, storms accounted for approximately $ 521 billion in economic losses, while floods accounted for about $115 billion.
Excerpts from the report show that floods and storms resulted in the largest losses in Europe in the past 50 years, at a cost of $377.5 billion.

A 2002 flood in Germany caused $16.48 billion in losses, representing the single costliest event in Europe during the period studied.

Across the continent, a total of 1,672 recorded disasters resulted in nearly 160,000 deaths and $476.5 billion in economic damages.

“Weather, climate and water-related hazards are increasing in frequency and intensity as a result of climate change,” said WMO Secretary-General Petteri Taalas.

“The human and economic toll was highlighted with tragic effect by the torrential rainfall and devastating flooding and loss of life in central Europe and China in the past week,” he added.

Emphasizing that no country is immune from such changes, he said it is imperative to invest more in climate change adaptation, including by strengthening multi-hazard early warning systems.