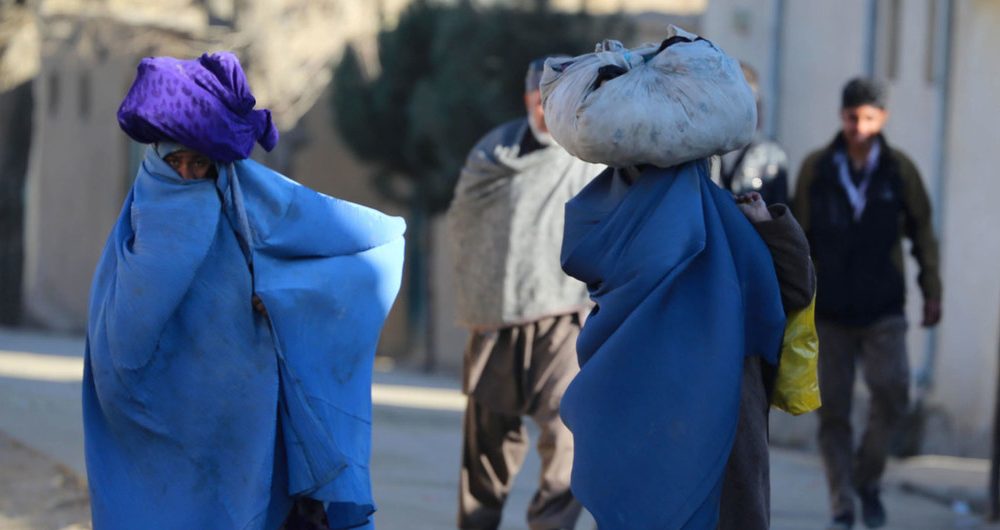 With all the major indicators for Afghanistan’s security and development looking “negative or stagnant” as international troops withdraw, the threats that lie ahead cannot be overstated, the top UN official in the country told the Security Council on Tuesday.

From politics to security, the peace process to the economy, Deborah Lyons, Special Representative and Head of the UN Assistance Mission in Afghanistan (UNAMA), said the “possible slide toward dire scenarios is undeniable”.

“The relentless spirit of the Afghans and their incredible resilience is being severely tested”, she said, reminding that what happens there is “of global consequence”, and the Security Council needed to be fully aware of the gravity of the situation.

She described the mid-April announcement, led by the United States, of troop withdrawal after two decades of war as a “seismic tremor” for the country, which had happened unexpectedly fast.

The decision to pull out was part of the February 2020 agreement between the US and the Taliban to create space for peace among Afghans, instead, “actions on the battlefield have been far greater than progress at the negotiating table”, she added.

She told ambassadors that the public and the diplomatic community in Kabul have been “alarmed at the lack of political unity”, which must be addressed or risk contributing to further Taliban territorial advances.

Through its intensified military campaign, the Taliban has taken more than 50 of Afghanistan’s 370 districts since the beginning of May.

“Most districts that have been taken surround provincial capitals, suggesting that the Taliban are positioning themselves to try and take these capitals once foreign forces are fully withdrawn”, warned the Special Representative, calling it “a tragic course of action” that would lead to “increased and prolonged violence” and threaten to destroy much of what has been built and hard won over the past 20 years.

However, she noted that any efforts to install a militarily imposed Government in Kabul would “go against the will of the Afghan people and against the stated positions of the regional countries and the broader international community”.

“The World Bank has estimated that as a result of the conflict, and the severe third wave of COVID, the drought, the weakened social fabric, and other factors, Afghanistan’s poverty rate could rise from 50 per cent to more than 70 per cent”, warned Ms. Lyons.

Yet, despite highlighting the importance of international humanitarian aid, recent contributions toward the 2021 appeal for $1.3 billion, remains only 30 per cent funded.

And preserving women’s rights remains “a paramount concern” that must not be used as “a bargaining chip at the negotiating table”, added Ms. Lyons.

“Human rights are not negotiable”, she underscored, calling on the international community and regional countries to “reiterate the importance of these rights in the peace negotiations”.

The UN official said there was barely time left “to prevent a worse-case scenario from materializing”, pointing to the reality that “increased conflict in Afghanistan means increased insecurity for many other countries, near and far”.

“A fragmented conflict creates a more permissive environment for terrorist groups to recruit, finance, plan and conduct operations with a global reach”, she attested, adding that one of UNAMA’s key objectives is to “continue to work with all partners”.

Any future Government will need international engagement and support, she said, upholding that this is “not the time to weaken our resolve or, worse, to contribute even inadvertently to the ongoing signals of despair”.

“There is only one acceptable direction for Afghanistan…away from the battlefield and back to the negotiating table”, concluded the UNAMA chief.

Ms. Waly also drew attention to alliances between criminal and terrorist elements pointing out that they have yielded the world’s highest levels of casualties from terror attacks.

Noting that the pandemic had not impacted large poppy harvests to fuel the world’s supply of heroin, Ms. Waly linked the low prices to the degree with which the “illicit economy threatens peace.”

She urged that “evidence-based prevention and treatment” for narcotics be made a priority and called better guidance for Afghan police “imperative”.

Against this backdrop, the UNODC chief stressed the need for prompt action in the countryside to help limit production.

Click here to watch the meeting in its entirety.