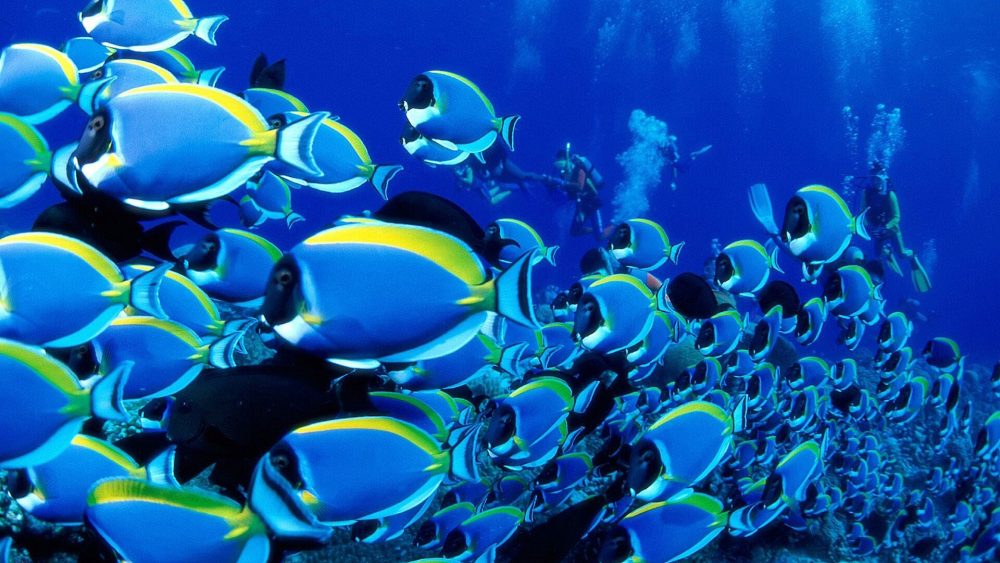 The world must harness “clear, transformative and actionable solutions” to address the ocean crisis, the President of the UN General Assembly said on Tuesday, opening a meeting to generate momentum towards the 2022 UN Ocean Conference, when public health safety measures allow.

“Simply speaking, our relationship with our planet’s ocean must change”, Assembly President Volkan Bozkir told a high-level thematic debate on the ocean and Sustainable Development Goal 14 (SDG14): Life Below Water.

Against the backdrop that human activities have threatened to undo the delicate balance of this ecosystem, that supports nutritional, economic and social value to billions the world over, he upheld that there is “simply no scenario” wherein we live on a planet without an ocean.

People do not want to live in “a world of one crisis after the next”, Mr. Bozkir said, preferring instead the “security, sustainability and the peace of mind” that comes with a healthy planet.

Policy makers too are increasingly aware of how a healthy ocean is integral to a strong economy.

“We have seen this in countries and cities that have prioritized coastal and marine areas over tourism…in protected wetlands…in efforts to address illegal, unreported, and unregulated fishing, and regulate shipping and resource extraction”, he said.

New governance, policy and market approaches that incentivize both profit ability and sustainability – for people and planet – provide an opportunity for a “blue recovery” to build resilience, particularly in small island developing States, upheld the Assembly President.

“Building a sustainable ocean economy is one of the most important tasks and greatest opportunities of our time”, he spelled out, urging governments, industries, civil society and others to “join forces to develop and implement ocean solutions”.

As the SDG14 targets will be among the first to mature, Mr. Bozkir encouraged everyone to “think ahead” and arrive at the second Ocean Conference in Lisbon, Portugal, with “demonstrable evidence of progress”.

Rather than wait until the Conference opens to re-discuss these issues, he reminded that the Decade of Ocean Science for Sustainable Development has already begun.

“Let us choose to arrive in Portugal with accomplishments and progress that inspire hope and optimism for a better tomorrow”, he concluded.

Peter Thomson, Special Envoy on Oceans, emphasized the need to improve our relationship with the sea to one of respect and balance.

He underscored the importance of delivering on SDG14, saying that “ocean acidification cannot continue unabated” while pointing out that greenhouse gas emission reductions are “required to meet 2030 goals”.

And while spotlighting progress that is being made on ocean awareness, marine protected area coverage and ocean science, Mr. Thomson highlighted the urgent need to scale up.

In a world dependent on plastic, the UN official said that there was “no silver bullet for the plague of marine plastic pollution”.

However, he advocated measures to battle the scourge, including by “exponentially” increasing funding for developing countries to invest in waste collection and disposal infrastructure as well as widely implementing systems of reduction, recycling and plastic substitution.

He concluded by highlighting the interconnectivity of the world, calling it “the fundamental lesson of the COVID-19 pandemic”.

“We are connected within nature’s nurturing embrace”, he said, upholding that if we poison nature, we are in effect “poisoning ourselves”.

Engaging with the ocean

From Portugal, Ricardo Serrão Santos, Minister of the Sea, also spoke about the importance of ocean health for human and planetary well-being, pointing to the 2022 goal of “a more inclusive and more connected” engagement with the ocean.

“We are gathered here today to rekindle the tone of the Conference” next year, he said, elaborating on the need to “scale up ocean action…increasing and improving coordination at all levels…financing and continued monitoring”.

Mr. Serrão Santos underlined Portugal’s support for science, as being “critical to cross-cutting in every ocean action”.

Kenya’s Cabinet Secretary for Foreign Affairs, Raychelle Omamo, drew attention to the impact of COVID-19, not only in delaying the Conference but also the havoc it has wreaked on jobs in coastal economies an on vulnerable coastal communities.

“We seek a recovery that will promote sustainable development and harmony between people and the natural resources that sustain us”, she said.