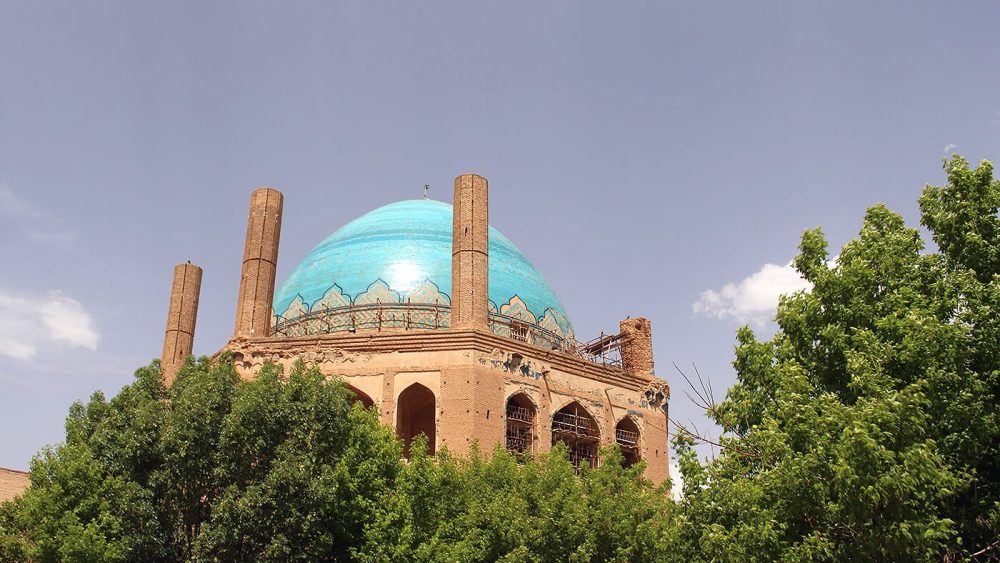 Three restoration workshops have been set up at the UNESCO-tagged Soltaniyeh Dome in northwestern Zanjan province, the provincial tourism chief has said.

The workshops in the historical site were temporarily closed from mid-autumn to late winter due to the city’s harsh weather conditions, during which the restorers prepared and crafted their needed materials inside the temporary units in the site, CHTN quoted Amir Arjmand as saying on Tuesday.

Other than restoring and repairing tiles, stones, bricks, plaster works, and other decorations of the dome, skilled restorers and experts are providing training to interested people in these workshops, the official added.

Although the dome’s restoration work is still ongoing in the workshops after several years, there is still no clear date for its completion since the quality of the work is important, he explained.

The 14th-century Gonbad-e (“The Dome of”) Soltaniyeh is highly recognized as an architectural masterpiece particularly due to its innovative double-shelled dome and elaborate interior decoration. The very imposing dome stands about 50 meters tall from its base. Covered with turquoise-blue faience tiles, the stunning structure dominates the skyline of Soltaniyeh, an ancient city in Zanjan province, north-western Iran.

Meaning “Town of the Sultans”, Soltaniyeh was briefly the capital of Persia’s Ilkhanid dynasty (a branch of the Mongol dynasty) during the 14th century.

The monument is, in fact, the mausoleum of Oljaitu, also known as Muhammad Khodabandeh, who was the eighth Ilkhanid dynasty ruler from 1304 to 1316.

According to UNESCO, the mausoleum’s interior decoration is so outstanding that scholars like A.U. Pope have described the building as “anticipating the Taj Mahal”.

The UN cultural body has it that the Mausoleum of Oljaytu is an essential link and key monument in the development of Islamic architecture in central and western Asia. The fairly large dome is the earliest extant example of its type in the country and became an important reference for the later development of the Islamic dome