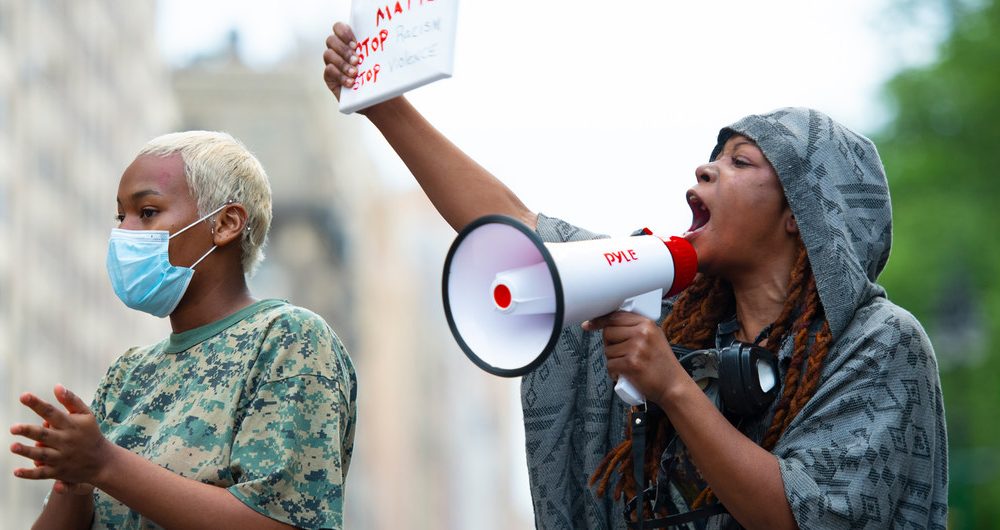 Affected communities must be included in shaping these reforms, which include diverting funding from policing to alternate safety measures, they added.

“We have repeatedly raised our concerns about the excessive force used by American police in the context of peaceful demonstrations, and the use of lethal force against individuals who did not present a threat to life at the time of the police intervention”, the experts said in a statement.

“In this time of political change, the United States must initiate far-reaching reforms to address police brutality and systemic racism.”

The issue gained global attention last year when protests broke out across the US, some of them violent, following the death of George Floyd, the unarmed African American man whose death while in police custody was captured on video.

The rights experts welcomed a recent report on protest response in the city of Philadelphia which found authorities failed to sufficiently plan for the demonstrations and that excessive force had been used.

They urged other municipalities to assess their response and allegations of systemic racism.

“In Philadelphia, as in other parts of the country where Black Lives Matter protests took place, law enforcement interventions were not limited to areas where lootings and vandalism had allegedly occurred”, they said. “Police officers fired tear gas, rubber bullets and used pepper spray from close range against protesters, residents and bystanders indiscriminately. Tear gas canisters even landed in home yards hurting children.”

Revise laws on use of lethal force

The experts were also concerned that law enforcement officers in the US are allowed to use lethal force whenever it is deemed “reasonable”. They called for relevant legal and policy frameworks to be revised urgently to reflect established international human rights standards.

“The use of potentially lethal force is an extreme measure, which may be resorted to only when strictly necessary to protect life or prevent serious injury from an imminent threat”, they said. “Likewise, less lethal weapons must be employed only subject to strict requirements of necessity and proportionality, in situations where less harmful measures would be ineffective.”

Relatedly, they called for reform of laws and policies regarding the use of tear gas, pepper spray and other “so-called less-lethal weapons” during protests.

“The expanding and improperly regulated use of less-lethal weapons raise serious and dramatic concerns for the respect of the right to life and the right to be free from torture and other ill-treatment”, the experts said. “They can kill and have killed; they can harm and wound horribly, leading to permanent disability.”

Against ‘militarisation’ of policing

Noting the increased “militarisation” of policing, the experts said the use of military equipment by law enforcement cannot be justified, adding that studies show military gear and armored vehicles do not reduce crime or increase officers’ safety.

With misdemeanours accounting for some 80 per cent arrests in the US, the rights experts said reducing “unnecessary interactions” between the police and community members would lead to decreased violence and deaths.

“We have witnessed many police killings that have resulted from police action related to petty offences. Instead, non-serious offenses, including minor traffic violations, should be addressed through mechanisms outside the criminal legal system”, they recommended.

The experts said ensuring equality and justice in law enforcement will require the participation of affected communities, who must be involved in shaping policing and related reforms.

“Policing reforms must adopt genuine and substantive measures to dismantle systemic racism in policing, including against racial, ethnic and other minorities, by divestment from current policing budgets and reinvestment in alternative social and economic resources that are vital for the safety of these communities”, they stated.

“We hope that the new US administration will be able to pursue the necessary reforms with resolve, determination, and a strong political and financial commitment.”

The role of UN experts

The 18 experts who issued the statement were appointed by the UN Human Rights Council to monitor and report on specific thematic issues.  They include members of a Working Group studying racial discrimination faced by people of African descent globally.

The experts are not UN staff, nor are they paid by the Organization.