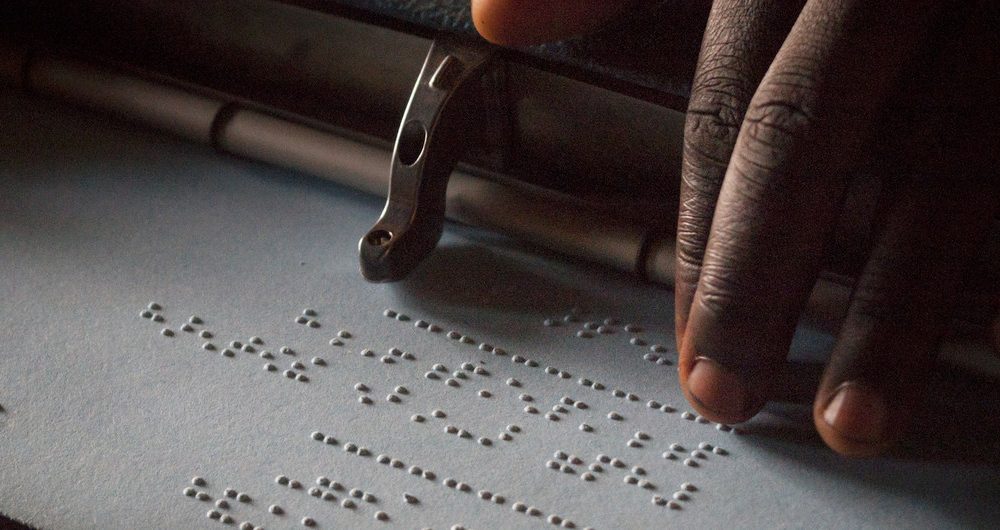 The United Nations is commemorating World Braille Day on Monday, highlighting the importance of the universal tactile communication system for the full realization of human rights for blind and partially sighted people.

People with vision impairment are more likely to experience higher rates of poverty, neglect and violence. The coronavirus pandemic and its consequent impact, such as lockdowns, has worsened their challenges, isolating them further.

The pandemic has also underscored the importance of making available information in accessible formats – including in Braille and audible formats – to that everyone can access vital information to protect themselves and help reduce the spread of COVID-19.

The UN, for its part, has implemented several good practices to promote an inclusive response to the pandemic.

In Malawi, for instance, the UN Development Programme (UNDP) produced 4,050 braille materials on awareness and prevention of COVID-19, while in Ethiopia, the UN human rights office (OHCHR) disseminated audio information, and education and communication materials, to media professionals, and developed their Braille versions.

Similarly, the UN Children’s Fund (UNICEF) produced guidance notes in multiple languages and accessible formats, including Braille, on considerations for children and adults with disabilities in the response to COVID-19.

Observed annually on 4 January, World Braille Day was established by the UN General Assembly in December 2018. The date also marks the birth anniversary of Louis Braille, who at the age of 15, invented the tactile system for reading and writing for use by people who are blind or visually impaired.

Braille is read by passing one’s fingertips over an arrangement of between one to six embossed dots, which represent letters, numbers as well as musical and mathematical symbols. Braille can be written using a Braille writer, a device similar to a typewriter, or by using a pointed stylus and a Braille Slate to punch dots on paper.

The UN Convention on the Rights of Persons with Disabilities (CPRD) cites the universal system as a means of communication; and regards it as essential in education, freedom of expression and opinion, access to information and social inclusion for those who use it.

It has been tweaked over the years and as early as 1949, UN Educational, Scientific and Cultural Organization (UNESCO) took the initiative to promote a survey of problems aimed at establishing Braille uniformity.