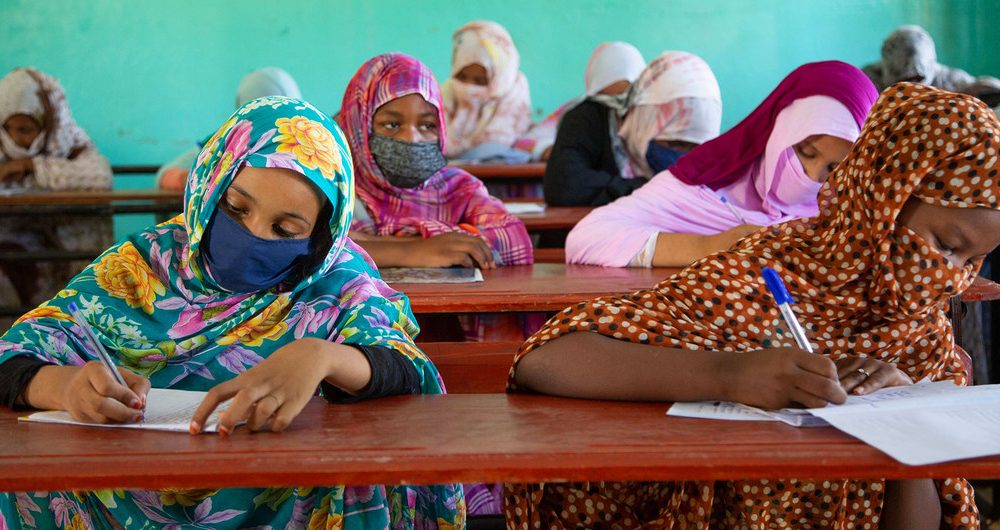 The world is at risk of suffering “a generational catastrophe” as COVID-19 wreaks havoc on the education of students globally, the UN chief said on Thursday.

In a video message to the UN Education, Scientific and Cultural Organization’s (UNESCO) Global Education Meeting (GEM), Secretary-General António Guterres reminded delegates that the pandemic had had a “disproportionate impact on the most vulnerable and marginalized children and youth”.

“The progress we have made, especially for girls and young women, is under threat”, he said. “We now need to support the learning recovery in low and middle-income countries – and to factor education into every stimulus package”.

To successfully avert the crisis, Mr. Guterres upheld the importance of recognizing education as “a common global good”, with teachers, safe schools, digital technologies, and those at greatest risk, in need of far greater investment.

“Financing and political will are critical”, he stressed.

She noted education systems had managed to undergo “rapid transformation” and pointed to the work of Governments in minimizing the educational impact on students, the flexibility and creativity of teachers, and how caregivers have taken on “frontline roles” to support children’s education.

“Learners persevered and adapted to new realities”, continued Ms. Mohammed, as UN agencies have worked together with external partners, including through the Global Education Coalition, to deploy support and guidance to Governments.

However, these efforts have not been enough.

Since the pandemic hit, at least one-third of the world’s students have been deprived of any form of learning; close to half a billion pupils are still affected by school closures; and the most marginalized, including at least 11 million girls, are at high risk of never returning to school, according to the deputy UN chief.

Leading up to the meeting, UNESCO undertook a series of consultations for a draft GEM Declaration, which was informed, among other things, by the UN Secretary-General’s Policy Brief and the fourth Sustainable Development Goal (SDG) of education.

“Over the coming year, political leaders in national and local governments, donor agencies and financial institutions must ensure that the resolve to support education is backed up with resources”, she asserted.

She also called for innovation, attesting that going back to “normality” was neither possible nor desirable as it would mean ignoring the “profound changes” in technology and labor markets across the world.

“And it would mean accepting the unacceptable fact that even before COVID-19, some 250 million children were out of school and more than half of primary-school-age children worldwide lacked basic reading skills”, she stated.

Finally, the UN official underscored that “effective multilateral collaboration” and “greater solidarity with the most vulnerable countries” were needed to coordinate education among actors.

“Implementation of this Declaration, therefore, requires a reimagining of education; a dramatic push to train millions of teachers…scaling up of partnerships to connect every school, teacher, and learner to the internet; and…equipping young people with the skills they need to thrive in a complex and rapidly changing world”, spelled out the Deputy Secretary-General.

Turning to the 2030 Sustainable Development Agenda, Ms. Mohammed called education the “docking station” for the SDGs, from achieving gender equality to learning about human rights and acquiring new skills for a digital green economy, to developing tools for boosting tolerance and peace efforts.

“Delivering SDG 4 is a great responsibility on us all — led by the education community”, she concluded.

UNESCO chief Audrey Azoulay paid tribute to Samuel Paty, the teacher who was decapitated close to his school near Paris, last week, after showing cartoons of the prophet Muhammad to his pupils, “and to all the teachers in the world who take risks to educate our children”.

Meanwhile, Erna Solberg, Prime Minister of Norway, a co-sponsor of the event, said that “as countries start to reopen in the era of COVID-19, education must come first”.

And Baroness Sugg, the United Kingdom’s Minister for Foreign Affairs and Development, another co-sponsor, said “we know just how critically important it is to place education at the heart of our global COVID response”.

From Ghana, the third co-sponsor, Education Minister Matthew Opoku Prempeh flagged on behalf of President Nana Akufo-Addo that the digital divide in developing have left many children “deprived” of online teaching and learning tools.

In her remarks, UNHCR Special Envoy Angelina Jolie emphasized that the biggest problem in this education crisis is not a lack of awareness or ideas, but instead a lack of will, saying “we know what should be done and we know the consequences if we do not act”.