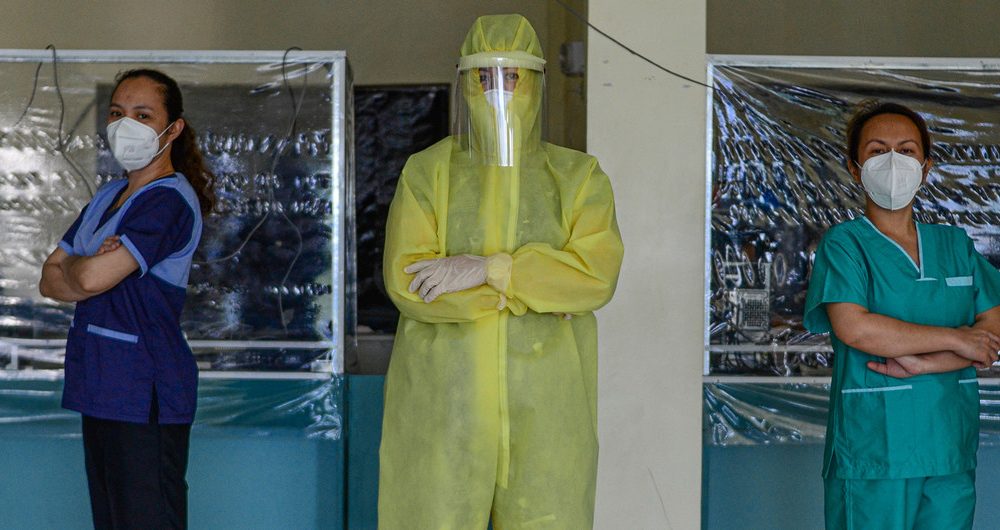 70 per cent of COVID cases located in just 10 countries, WHO reports

While COVID-19 has affected all countries, the pandemic is “uneven”, and it is estimated that 10 percent of the global population may have been infected with the virus, senior officials with the World Health Organization (WHO) said on Monday.

Most people still at risk

Globally, there were more than 35 million cases of COVID-19 as of Monday, and more than one million deaths.

Dr. Michael Ryan, WHO Emergencies Director, reported that the pandemic continues to evolve, with a surge in Southeast Asia, an “upward trajectory” in the northern hemisphere, and an increase in cases and deaths in Europe and the Eastern Mediterranean.  Meanwhile, the situation “is currently rather more positive” in Africa and the Western Pacific.

“Our current best estimates tell us that about 10 percent of the global population may have been infected by this virus. This varies depending on the country; it varies from urban to rural; it varies between different groups. But what it does mean is that the vast majority of the world remains at risk”, said Dr. Ryan.

“We know the pandemic will continue to evolve. But we also know we have the tools that work to suppress transmission and save lives right now, and they are at our disposal.  The future depends on the choices we collectively make about how we use those tools; develop, scale-up, and distribute others.”

Tedros outlined four scenarios countries are facing during the crisis.

Some nations took quick and decisive action against the pandemic, thus avoiding large outbreaks.  And while some countries suffered large outbreaks, they were able to bring them under control and suppress the virus.

“Third, while some countries brought the virus under control, as economies and societies have eased restrictions, there has been an increase in cases”, he continued.  And fourth, there are still some countries in the “intense phase of transmission.”

Tedros stressed that “every situation can be turned around”, underlining the importance of strong leadership, clear and comprehensive strategies, consistent communication, as well as engaging the population.

With the northern hemisphere influenza season fast approaching, and COVID-19 cases increasing in some countries, the WHO chief outlined three priorities for the coming months, including increasing funding to ensure all people will have equal access to any potential treatments.

Tedros urged countries to “realize the full potential” of the Access to COVID-19 Tools (ACT) Accelerator, which includes a groundbreaking global collaboration to speed up the development of vaccines that will be available to anyone, anywhere who needs them.

The ACT Accelerator was launched in April and has secured around $3 billion so far. However, Tedros said some $34 billion is still required, with $14 billion needed now to maintain momentum.

“History will not judge us kindly if it records that trillions of dollars were poured into domestic stimulus packages, but the international community could not find the funds to ensure equitable access for all people”, he said.

Besides highlighting the funding gap, Tedros underscored the need to “continue to make the most of the tools we have” to fight the pandemic.  These range from practicing physical distancing and wearing masks but also include surveillance, isolation, compassionate care, contact tracing, and quarantine.

“And third, I will never tire of calling for solidarity”, he said. “Finger-pointing will not prevent a single infection. Apportioning blame will not save a single life.”

The meeting with WHO’s Executive Board provided an opportunity to discuss developments around the implementation of a COVID-19 strategic preparedness and response plan, as well as steps taken to initiate a review by an independent panel.

The 34 members will be briefed on Tuesday by the Independent Panel for Pandemic Preparedness and Response (IPPR).  They also will hear from two other bodies: the International Health Regulations Review Committee and the Independent Oversight and Advisory Committee for the WHO Health Emergencies Programme.

Tedros has also launched an urgent investigation into reports of alleged sexual exploitation and abuse by people who identified themselves as working for WHO in the Democratic Republic of the Congo, during the major Ebola outbreak in the east which ended in June.