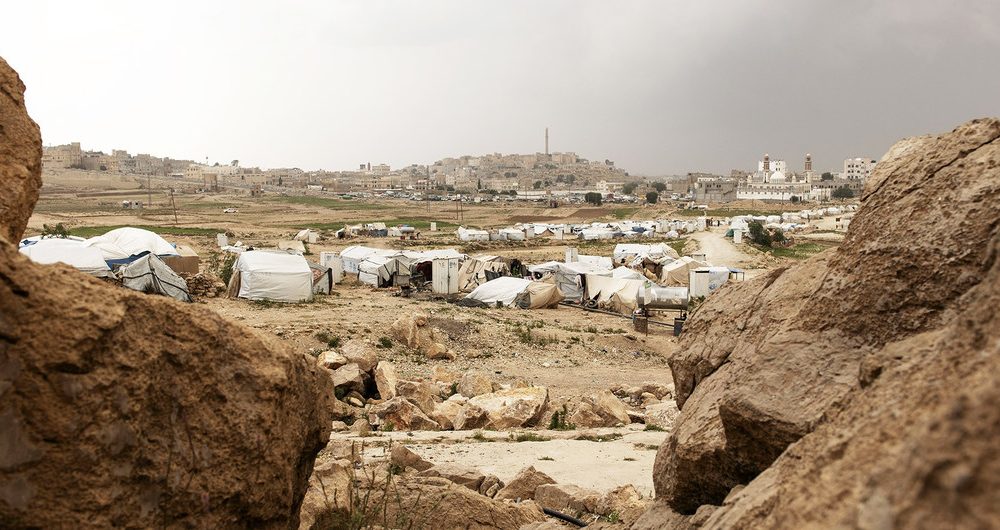 The global hunger crisis caused by conflict – and now compounded by COVID-19 – is moving into a dangerous phase, the head of the UN World Food Programme (WFP) said on Thursday, stressing that without resources, a wave of famine could sweep the globe, overwhelming nations already weakened by years of instability.

Mr. Beasley recalled his April briefing to the 15-member Council, where he warned that the world was on the verge of a hunger pandemic. Heeding the warning, donors and countries – large and small – took extraordinary measures to save people’s lives, spending $17 trillion in fiscal stimulus packages.

WFP, too, is going all out to reach 138 million people this year, the biggest scale-up in the agency’s history, he said, noting that 85 million people have been reached so far. However, challenges remain.

“We’re doing just about all we can do to stop the dam from bursting. But, without the resources we need, a wave of hunger and famine still threatens to sweep across the globe,” said the WFP Executive Director.

Acknowledging that governments reserves are depleting, he said 2021 will be a make or break year.  “I urge you: do not walk away from our commitment to humanitarian assistance. Do not turn your backs on the world’s hungry.”

He underscored the critical importance of balancing sensible measures to contain COVID-19, with others to keep borders open and trade flows moving. It is vital to guard against unintended consequences that can hit the poorest the hardest.

Describing conditions in Africa as “a matter of life and death”, he cited calculations by the London School of Hygiene and Tropical Medicine that for every COVID-19 death prevented, 80 children may die from a lack of routine vaccination.

An upsurge in violence, combined with the effects of COVID in the Democratic Republic of the Congo has sent the 15.5 million people already facing crisis levels of food insecurity skyrocketing to 22 million.

In northeast Nigeria, meanwhile, 4.3 million people are food insecure, an increase of 600,000.  In Burkina Faso, where fighting is taking deeper root, the number of people facing crisis levels of hunger tripled to 3.3 million people, as COVID-19 compounds displacement, security, and access problems.

In Yemen, 20 million people are in crisis, with another 3 million potentially facing starvation due to coronavirus. Because of funding cuts, 8.5 million beneficiaries only receive WFP assistance every other month.

“We’ll be forced cut rations for the remaining 4.4 million by December if resources do not increase,” stressed Mr. Beasley. “The world needs to open up its eyes to the Yemeni people before famine takes hold.”

There are no more excuses for failing to act swiftly and decisively, he said.  While peace agreements like that in South Sudan offer hope, it is time for the private sector to step up.

There are 2,000 billionaires in the world with a collective net worth of $8 trillion and he called them off the side-lines.  WFP needs $4.9 billion for one year to keep 30 million people from dying.  “Humanity is facing the greatest crisis any of us have seen in our lifetimes.”

While 135 million people faced acute food insecurity before COVID-19, that number is expected to almost double this year, to 270 million people. The World Bank expects the number of people in extreme poverty to rise for the first time since the 1990s.

In the Sahel, violence has driven more than 1 million people from their homes and lands, Mr. Lowcock said, most of whom depend on agriculture. In total, 14 million people are experiencing a crisis or emergency levels of food insecurity – the highest figures for a decade.

The humanitarian system is doing its utmost, but it is in danger of being overwhelmed by the scale of the needs.  “That will get worse in the absence of a lot more financial help,” he stressed.

Most importantly, he called for scaling up support for humanitarian operations. “History proves that even in the midst of conflict, famine can be prevented.”

A plea for scaled-up support

“This is particularly visible in areas where conflict and other factors such as economic turbulence, and extreme weather, are already driving people into poverty and hunger,” he said.

Globally, the hardest hit includes the urban poor, informal workers, and pastoral communities as well as people who are already vulnerable – children, women, the elderly, the sick, and persons with disabilities.

Humanitarian-development-peace actions must be well-coordinated and complementary. They must be mutually reinforcing across global, regional, national, and local levels, he said.

For its part, the Security Council can help stem COVID-19 induced acute food insecurity by advancing dialogue towards political solutions that end violence.

“This would allow us to scale up urgent life and livelihood-saving operations,” assured the head of FAO.