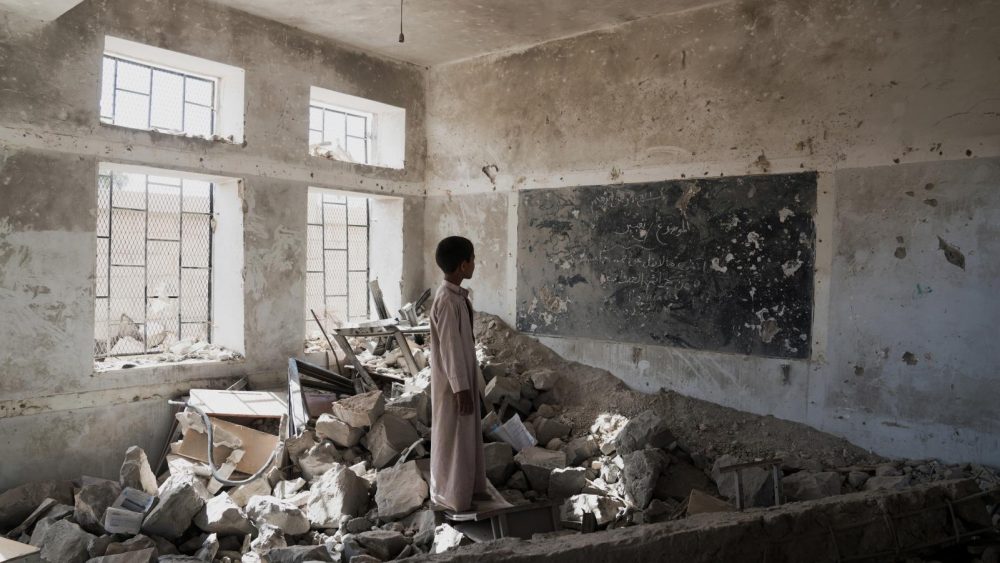 Security Council demands an end to attacks on schools worldwide

The Security Council on Thursday demanded a halt to attacks on schools, together with students and teachers in conflict zones around the world, in a presidential statement coinciding with the first International Day to Protect Education from Attack.

The 15-member body issued the appeal as part of an open meeting where delegates expressed grave concern at a growing in attacks on educational facilities – nearly 500 last year alone, according to a report from the Secretary-General.

Classrooms under fire in 35 countries

Worldwide, 75 million children live in 35 countries in conflict.  The largest number of verified attacks on schools in 2019 were in Syria, the Occupied Palestinian Territory, Afghanistan, and Somalia.

Attacks on schools “seems to be an emerging tactic of war, particularly in the Sahel where schools are targeted precisely because they are schools – and even more, if they cater to girls”, Virginia Gamba, the UN’s Special Representative for Children and Armed Conflict, told the Council.

The COVID-19 pandemic is making things worse, she said, with closed schools and crumbling economics generating “push and pull factors” that favor the recruitment of child soldiers, sexual exploitation, and child marriage.

“Lockdowns have restrained and diminished children’s access to essential services.  Empty schools may be an incentive for parties to conflict to loot or use schools for military purposes,” she stated.

In its presidential statement, drafted by Niger and Belgium, the Council recalled that all parties must strictly comply with their obligations under international law, including the Geneva Conventions and the Conventions on the Rights of the Child and its Optional Protocol addressing children in armed conflict.

It reiterated its strong condemnation not only of attacks on schools and hospitals but also on the use of child soldiers, abductions, and sexual violence – and demanded that all relevant parties immediately put an end to such practices.

It also voiced deep concern at the closure of schools in conflict zones resulting from attacks and threats of attacks and urged all parties to refrain from actions that might impede children’s access to education.

Through its presidential statement, the Council expressed deep concern that girls and women might be the intended victims of attacks targeting schools.

It went on to condemn the lack of accountability for those who attack schools, students, and teachers and asked the Secretary-General to keep monitoring the military use of schools in contravention of international humanitarian law.

“This week, as schools around the world, prepare to open their doors in the midst of the (COVID-19) pandemic, we have an opportunity to once again shine a light on those places where going to school can be dangerous – and even deadly,” Henrietta Fore, Executive Director of the UN Children’s Fund (UNICEF), told the Council.

The General Assembly, in a resolution adopted in May, declared 9 September as the International Day to Protect Education from Attack to cast a spotlight on the issue, which has been on the Council’s agenda since 2005 and is the focus of the Safe Schools Declaration launched in 2015.