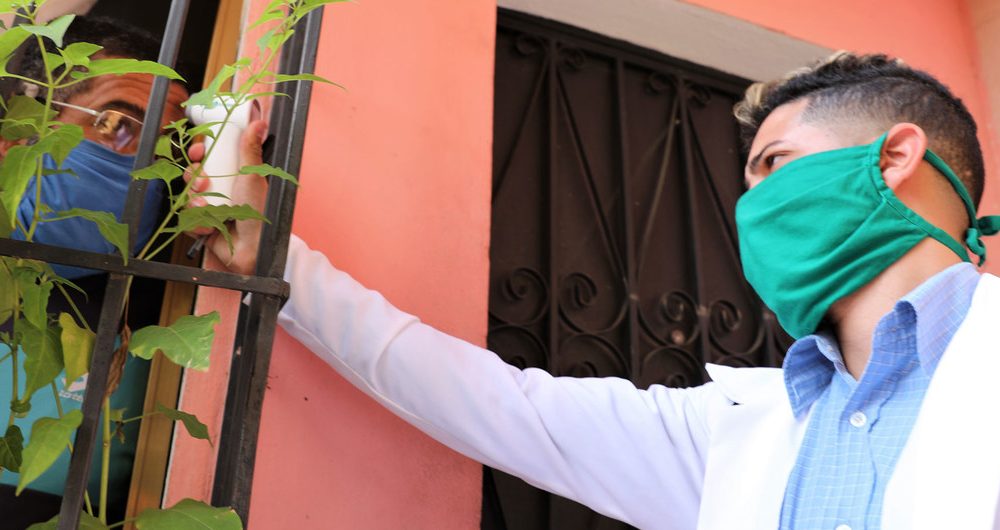 WHO presses for greater investment in global COVID-19 vaccine facility

Investing in a mechanism that will guarantee all countries have fair and timely access to a COVID-19 vaccine is the only way out of the global pandemic, the head of the World Health Organization (WHO) said on Monday.

So far, 172 countries are engaging with the COVAX Global Vaccines Facility, which aims to deliver two billion doses by the end of next year, WHO chief Tedros Adhanom Ghebreyesus told journalists.

“Investing in the COVAX Facility is the fastest way to end this pandemic and ensure a sustainable economic recovery,” he said.

Last week, Mr. Tedros made a push for countries to join the facility, which currently has nine vaccines in its portfolio and another nine under evaluation.

“As governments invest trillions into economic stimulus, the COVAX Facility offers a huge return on investment. There is light at the end of the tunnel and as I said last week, together we can do it.”

Scenario for a rollout

The COVAX Facility is the vaccine arm of an initiative to speed up the development of COVID-19 treatments and make them accessible to people worldwide, known as the ACT-Accelerator.

Through the facility, countries will jointly procure and pool risk across multiple vaccines, eventually leading to the equitable rollout of safe and effective treatment against the disease.

The WHO chief reported that a number of vaccines are now in the final stage of clinical trials, with the hope that many will be both safe and effective.

Mr. Tedros explained that due to the initial limited supply, vaccine doses would go to those at highest risk of the disease such as health workers, people over 65 years old, and people with certain illnesses who are at higher risk of dying from COVID-19.

Following this, supply will be expanded based on an assessment of each country’s vulnerability to the virus.

“In order to be able to secure enough doses to rollout the vaccines, the next step for the partnership is for countries to make binding commitments in support of the COVAX Facility,” Mr. Tedros continued.

Nations have until 31 August to express their interest in joining, with confirmation due by 18 September.  Initial payments should be made by 9 October.

The COVAX facility is co-led by Gavi, the Vaccine Alliance; the Coalition for Epidemic Preparedness Innovations (CEPI), and WHO.

“We’re working with vaccine manufacturers to provide all countries that join the effort timely and equitable access to all vaccines, licensed and approved. This doesn’t just pool risk, it also means that prices will be kept as low as possible,” he said.

There is also another benefit: protection against “vaccine nationalism”, according to the WHO chief.

“New research outlines that global competition for vaccine doses could lead to prices spiking exponentially in comparison to a collaborative effort such as the COVAX Facility,” he said.

“It would also lead to a prolonged pandemic as only a small number of countries would get most of the supply. Vaccine nationalism only helps the virus.”

However, Mr. Tedros stressed that the facility’s success will require filling funding gaps for research and development and supporting lower-income countries.

WHO also highlighted the “promising” potential of monoclonal antibodies in treating COVID-19.

Monoclonal antibodies are man-made molecules which prevent a virus from entering cells and causing infection.  They have been used over the past 10 to 15 years to treat several diseases, including chronic illnesses and cancer.

Dr. Soumya Swaminathan, WHO Chief Scientist, said the agency is aware of several ongoing clinical trials during the pandemic.

“It is one of the promising therapeutics on the horizon,” she said, responding to a journalist’s question.

However, Dr. Swaminathan noted that monoclonal antibodies are expensive and “complex” to make, meaning scale-up for global access would be difficult.

“We are looking very closely, and also talking to many partners, to see how technology transfer could be accomplished,” she said.