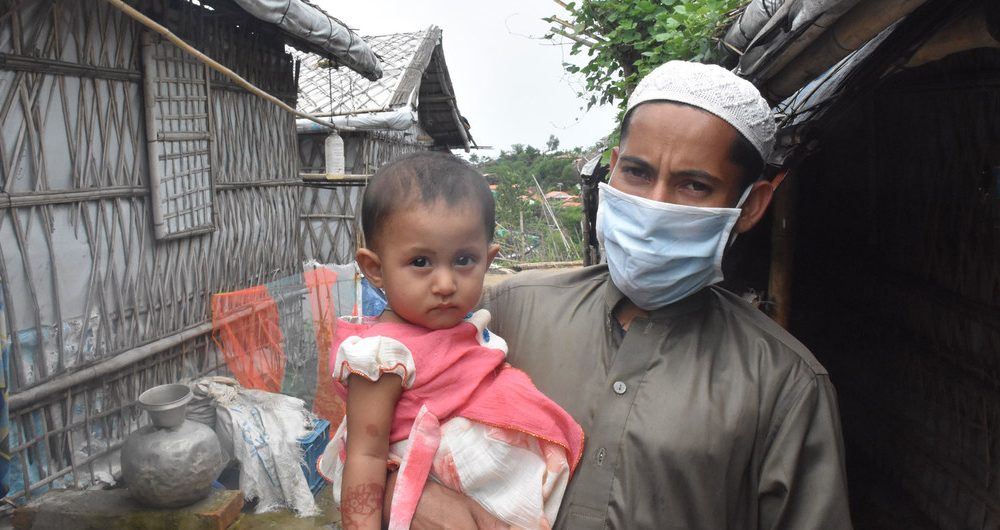 Three years after violence in Myanmar forced hundreds of thousands of Rohingyas to seek refuge in Bangladesh, the international community must adapt its assistance to the critical needs of those displaced and the host communities supporting them, the UN refugee agency (UNHCR) said on Friday.

Mr. Mahecic said UNHCR and the Government of Bangladesh have individually registered over 860,000 Rohingya refugees in the Cox’s Bazar settlements.

The country now hosts nine out of 10 Rohingya refugees registered in the Asia-Pacific region, ensuring their protection and offering life-saving support. “This generosity must be acknowledged through continued investment in both Rohingya refugees and Bangladeshi host communities,” Mr. Mahecic said.

Creating conditions that are conducive to the Rohingya people’s safe and sustainable return to Myanmar will require whole-of-society engagement, he said, as well as resumed dialogue between Myanmar authorities and Rohingya refugees.

It will also require measures to build trust, Mr. Mahecic said, such as lifting restrictions on freedom of movement, reconfirming that internally displaced Rohingya can return to their villages and providing a clear pathway towards citizenship.

Outside Myanmar, UNHCR said collective efforts must aim to both ensure dignity and improve long-term prospects. Advancing lasting solutions in Myanmar will be pivotal. Mr. Mahecic also called for providing study and work opportunities outside of asylum countries, and third-country pathways for the most vulnerable.

Ultimately, the agency said,the solution to the plight of Rohingyas lies in Myanmar – and fully implementing recommendations of the Advisory Commission on Rakhine state, to which the Government has committed.

The strength of the Rohingya in exile in Bangladesh and elsewhere have formed the backbone of UNHCR’s humanitarian response,Mr. Mahecic said. Recognizing their courage means ensuring they are not forgotten as the crisis enters a fourth year.

Since the global health crisis began, the agency has reported an increase in the number of Rohingyas moving from Bangladesh and Myanmar, towards Malaysia and other countries in Southeast Asia.

“No solution, great poverty and lack of opportunities in the camps in Bangladesh, now maybe also couple with the lockdown that was made necessary by COVID that has added to the hardship,” said the UN High Commissioner for Refugees, Filippo Grandi said in comments coinciding with World Refugee Day, commemorated annually on 20 June.