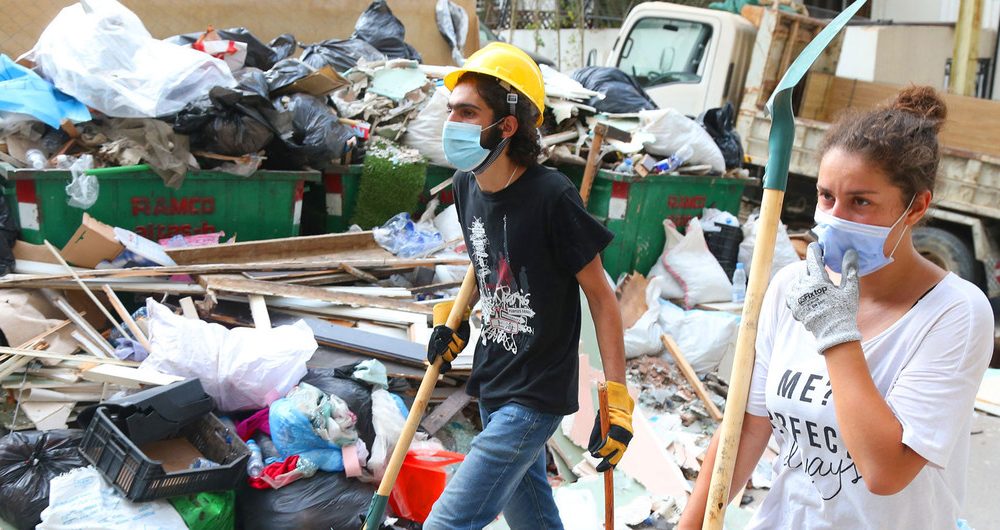 The UN and aid partners are seeking $565 million to address the overwhelming needs in Lebanon following the deadly explosions that flattened large areas of the capital, Beirut, nearly two weeks ago.

The appeal launched on Friday will help the Lebanese people to move from immediate lifesaving relief towards reconstruction and recovery, including repair of the shattered economy in the longer term.

“The scale of the loss from the Beirut explosions is so vast, it is likely every single person in Lebanon has been touched by this terrible event”, said Najat Rochdi, the UN Deputy Special Coordinator for the country, who is also the Resident and Humanitarian Coordinator there.

Nearly 180 people were killed and more than 6,000 injured in the blasts, which destroyed most of Beirut’s port and surrounding neighborhoods. Thousands are now homeless.

The catastrophe stuck as Lebanon confronts several crises, including economic contraction, rising poverty, and the COVID-19 pandemic. Both citizens and the country’s large refugee population, mainly Syrians and Palestinians, have been affected.

COVID-19 transmission is straining the health system, with the World Health Organization (WHO) recording more than 7,700 cases as of Friday. Half of all infections to date were diagnosed in the past two weeks alone, according to OCHA.

Families forced to flee their homes will be given cash to cover their shelter, and funding also will go towards repairing common building areas and facilities affected by the blast.

Education response will include repairing schools and providing psychosocial support, among other measures.

“The task of rebuilding people’s lives and recovering from the devastation is only just beginning,” said Ms. Rochdi,

“I urge the international community to demonstrate their steadfast commitment to the people of Lebanon and repay in turn Lebanon’s incredible generosity to Syrian and Palestine refugees with full financial support for this appeal.”

The appeal covers the initial two phases of what humanitarians envision will be a three-phase response.

They are already providing immediate assistance under the first phase, which has been swift and wide-ranging.

However, they stressed the critical need to move to phase two – namely, recovery and reconstruction – which will cost billions and requires a mix of public and private finance.

Phase three will be responding to the pre-existing socio-economic crisis, which has been worsened by the pandemic.

The UN and its partners are already on the ground in Beirut, working round the clock with national authorities, non-governmental organizations, volunteers, and local communities.

For example, more than 2,000 people have received medication for acute and chronic conditions from mobile health clinics run by the UN refugee agency, UNHCR.

Meanwhile, the UN Children’s Fund, UNICEF, has helped with the distribution of 10,000 tetanus vaccines and other supplies to primary health care centers. The agency has also provided food, water, clothes, and detergents to 700 children and their caregivers.

Additionally, roughly 17,500 metric tons of wheat flour are on the way to Beirut, with the first shipment due by 20 August.