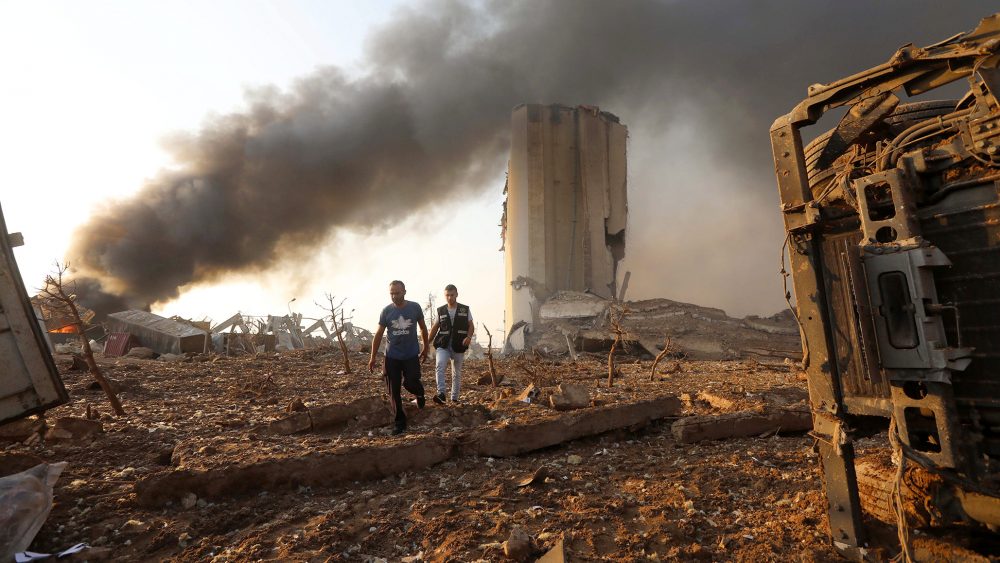 The United Nations has said that it is “actively assisting” in the response to the horrific explosions that ripped through the port area of Beirut on Tuesday, reportedly leaving dozens dead and thousands wounded, among them some UN naval peacekeepers.

A statement from a UN spokesperson  said Secretary-General António Guterres  expressed his deepest condolences to the families of the victims, as well as to the people and Government of Lebanon, following the horrific explosions in the capital.

The UN chief wished a speedy recovery to the injured, including several UN personnel working in Lebanon.

News reports suggest that along with dozens of deaths, perhaps several thousand people were injured in the massive blasts, which sent shockwaves across the bustling city of Beirut, bursting out windows and shaking buildings. The cause of the explosions has not yet been confirmed.

“The United Nations remains committed to supporting Lebanon at this difficult time and is actively assisting in the response to this incident,” Mr. Guterres said.

Separately, Tijjani Muhammad-Bande, the President of the UN General Assembly, also extended his deepest condolences to the families who lost loved ones in the explosion in Beirut today and wished a speedy recovery for the injured.

“Mr. Muhammad-Bande would like to reiterate his solidarity with Lebanon during this time,” said the Assembly President’s Spokesperson.

Meanwhile, earlier in the day, the UN Interim Force in Lebanon (UNIFIL) said that as a result of a huge explosion, a ship from its Maritime Task Force docked in the port was damaged, leaving some UNIFIL naval peacekeepers injured – some of them seriously.

“UNIFIL is transporting the injured peacekeepers to the nearest hospitals for medical treatment. UNIFIL is currently assessing the situation, including the scale of the impact on UNIFIL personnel,” said a statement from the operation, which was set up in 1978 initially to confirm the withdrawal of Israeli forces from southern Lebanon, as well as to ensure the area returned to Beirut’s control.

UNIFIL Head of Mission and Force Commander Major General Del Col said: “We are with the people and the Government of Lebanon during this difficult time and stand ready to help and provide any assistance and support.”