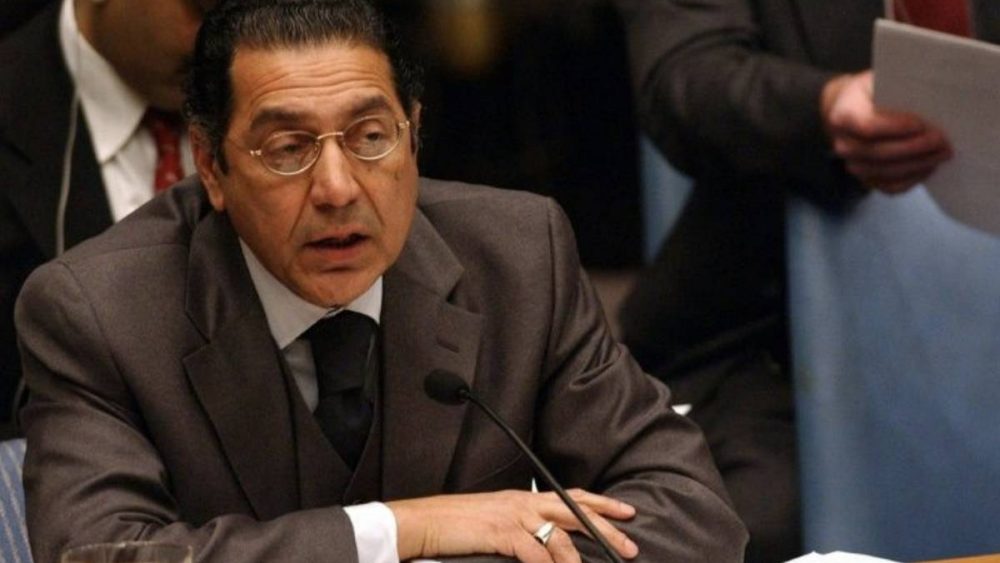 Now is the time to implement policies and commitments to recover from the COVID-19 pandemic, achieve the Sustainable Development Goals (SDGs), and implement the Paris Agreement on Climate Change, the new President of one of the UN’s main bodies said on Thursday.

Ambassador Munir Akram of Pakistan outlined his priorities for the Economic and Social Council (ECOSOC) as the UN marks its 75th anniversary amid the global economic and health crisis.

“The ECOSOC’s central mandate is to promote ‘better standards of life in larger freedoms’ through international economic cooperation. Never before has the fulfillment of this mandate been more challenging, or more imperative, as it is today,” he told a virtual ceremony.

Mr. Akram said the pandemic and associated global recession will make it difficult to realize the SDGs. The 17 goals provide a roadmap to a better future for all, by 2030.

Meanwhile, global warming is accelerating. He warned that unless countries meet agreed targets on climate change, the planet could become uninhabitable for all living things.

“The broad policy decisions to address each of these three simultaneous challenges have been taken. Commitments have been made. What is needed now is implementation”, said Mr. Akram.

“This should be the focus of our deliberations. And, since we need to respond simultaneously, there must be synergy between our responses to the health, development and climate challenges.”

The new ECOSOC President also wants countries to address rising inequality, both within and between nations.

“The legacy of colonialism, racism and foreign occupation is a major systemic cause of inequality”, he said.

“I will propose to the Council that we convene a special meeting in 2021 – the 20th Anniversary of the Durban Conference against Racism – to address the root causes of global inequality. Similarly, the 10th ECOSOC Youth Forum should be dedicated to promoting a vision of a more equal, peaceful, united and dynamic world order.”

Mr. Akram also proposed that the Council should promote action on financing for COVID-19, the SDGs and climate action goals.

However, if the world is to “build back better” after the pandemic, he underlined the need for developing countries to have greater access to renewable energy and other sustainable infrastructure, as well as advanced technologies.

“The ECOSOC should help to build a coordinated approach to ensure the required capital flows to developing countries to recover from the current recession and revive the prospects of achieving the SDGs”, he said.

“In preparation for the annual Forum on Financing for Development next April, I intend to convene a few informal meetings and consultations to advance these objectives.”

This is the second time Mr. Akram has assumed the ECOSOC Presidency, having taken the helm in 2005.

Three Vice-Presidents have also been elected to serve alongside him on the ECOSOC Bureau, which proposes the Council’s agenda and devises a programme of work, among other duties.

They are Ambassador Collen Vixen Kelapile of Botswana, Ambassador Pascale Baeriswyl of Switzerland, and Ambassador Sergiy Kyslytsya of Ukraine.

‘Be ready to embrace change!’

Mr. Akram praised his predecessor, Mona Juul of Norway, for her leadership of the Council during what he described as “these extraordinary times”.

Ms. Juul in turn offered a few words of advice, having steered the Council through the initial phases of the pandemic, and at a time of global upheaval against racial injustice, the climate crisis and rising inequalities.

“Be ready to embrace change!”, she told Mr. Akram and the new Bureau. “Let us change for the better and make our recovery based upon values, not value. On compassion, courage, and cooperation.”

Although the pandemic is changing the world, Ms. Juul stressed it has not changed global commitment to realizing a better future for all.

She said now is the time to “fix the world’s fragilities”, from access to universal health coverage and quality education, to reversing environmental degradation, and power imbalances that disproportionally affect women and girls.

“To recover better, we must build forward. To a greener, fairer, more inclusive and more resilient tomorrow,” she said. “If we do not change now, then when?”