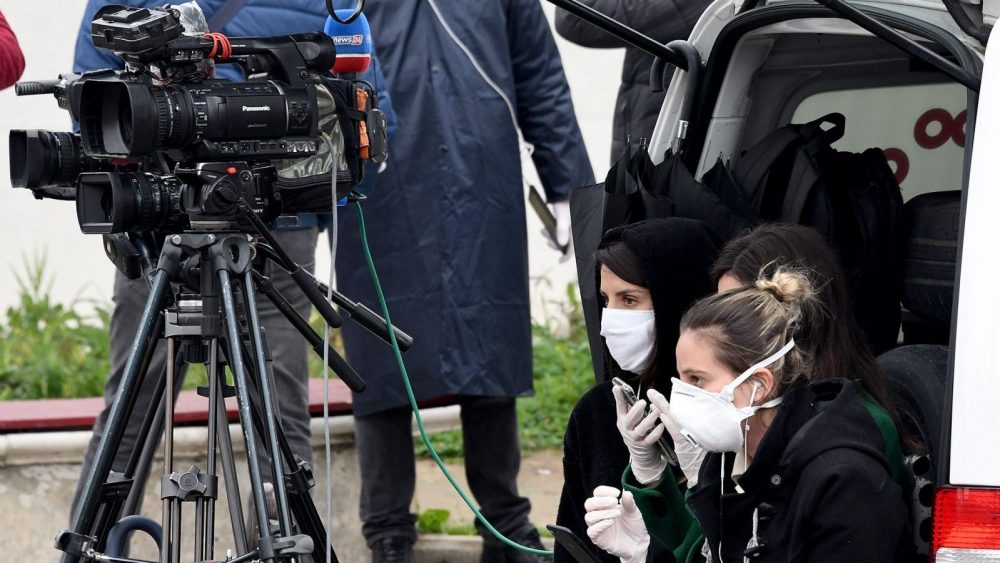 Journalists are key to countering the “dangerous outbreak of misinformation” accompanying the COVID-19 pandemic, the UN Secretary-General said on Monday during a virtual dialogue on promoting press freedom amid the global crisis.

António Guterres upheld the importance of impartial news media at a time when harmful health advice, hate speech and wild conspiracy theories are rising, and “blatant lies” are being spread online at a dizzying rate.

“The antidote to this pandemic of misinformation is fact-based news and analysis. It depends on media freedom and independent reporting”, he said.

The online dialogue was organized by UN educational and cultural agency, UNESCO, to mark World Press Freedom Day, celebrated annually on 3 May. Participants included journalists and media experts from across the globe, as well as representatives from governments and social media companies.

Truth: the ‘first casualty’ of the pandemic

Paraphrasing a well-known adage, UNESCO chief Audrey Azoulay pointed out that just as in war, truth could be considered the “first casualty” of the coronavirus pandemic.

She called for people everywhere to defend and respect an independent and free press. Equally important is that media outlets must be responsible for the accuracy of their reports, which also should apply to “digital players” and social media.

“I’m very happy to see as well that more and more social media networks take action against disinformation, as they should, and it should be a rule and not an exception in a time of crisis”, said Ms. Azoulay.

Monica Bickert, Vice-President for Content Policy at Facebook, outlined how the social media giant is tackling “fake news”, which she separated into two categories: disinformation, or intentionally trying to mislead the public; and misinformation, which occurs when someone shares false information, usually unknowingly.

Disinformation is usually financially motivated, and involves practices such as using fake accounts or buying “likes” to boost posts. Here the issue is finding and removing suspect content because it violates Facebook policies.

However, “misinformation is a much trickier problem”, she revealed.

“We leverage a network of more than 60 fact-checking organizations…but basically the approach is if they tell us something is false, then we label that information, we put the fact-checker’s information next to it, and then we dramatically reduce the distribution of that content”.

In the current context, people who have previously shared or interacted with false COVID-19 information also receive a notification directing them to the respective fact-checking organization, she added.

In his speech, the UN chief outlined how the global Organization is taking action to counter what its health agency, WHO, has labeled an “infodemic” surrounding the new disease.

For example, the UN is working with social platforms to promote messages on keeping people safe and healthy, and countering lies and misinformation with facts and science.

“International organizations as well as governments, have an important role in promoting facts and scientific approaches”, he added, speaking in French.

“But no one during this pandemic can take the place of the media to transmit information and analysis to the public, and to counter rumours and misrepresentation.”

The Secretary-General thanked journalists and others working in media, such as those who fact-check stories and social media posts.

He also highlighted that pandemic aside, many journalists around the world have also faced threats, harassment and violent attacks, for doing their jobs, with nearly 60 killed just last year. Women are often targeted, such as Colombian journalist Jineth Bedoya Lima, winner of the 2020 World Press Freedom Day award.

Maria Ressa, an award-winning investigative journalist from The Philippines, who co-founded the Rappler website, said the pandemic is also having an impact on the business side of operations. As the country enters its eighth week of lockdown, little money has been trickling in from advertisers.

“We have to make sure that this extinction-level event does not actually knockout independent journalism”, she said.