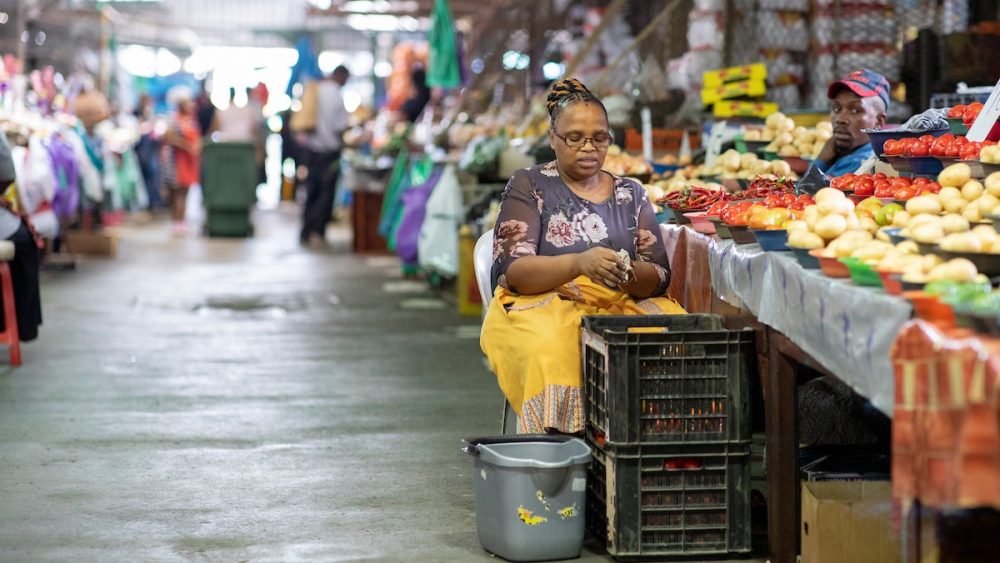 Informal workers who live day to day urgently need cash support from their governments to survive the economic impact of the COVID-19 pandemic, the head of the UN labor agency said on Friday.

Guy Ryder, Director-General of the International Labour Organization (ILO), said that immediate action was needed to prevent people being faced with the “impossible choice” of protecting themselves against the virus by self-isolating, “and by so doing removing any possible source of income and survival” that they have.

He added: “It’s a simple issue of social protection. We need to get not tomorrow but today, direct transfers of cash and resources of these people desperately in need.”

More than 60 percent of the world’s employed population is in the informal economy, around two billion people, according to the ILO.

Most of them in emerging and developing countries. The majority lack social protection, rights at work, and decent working conditions.

The ILO Director-General’s comments came during an online debate between the UN and other international agency heads and the wider public on the challenges facing international cooperation in the time of COVID-19.

Taking place on the International Day of Multilateralism and Diplomacy for Peace, the web event highlighted Secretary-General Antonio Guterres’s message that combatting the new coronavirus “requires us to work together as one human family”.

The debate also echoed the results of the one-minute global survey launched by the UN chief, in the Organization’s 75th year, to discuss people’s hopes and concerns for the future.

Although people’s main immediate concern is the new coronavirus, their long-term concern is tackling climate change, the UN poll has indicated clearly.

“We can see the Himalayan mountains in many Indian cities, where normally they were covered by the smog because of the pollution”, said Tatiana Valovaya, Director-General of the UN Office at Geneva (UNOG). “We can see blue waters in the Pacific Ocean in Lima, we can see crystal clear water in Venice. We can breathe fresh air in Los Angeles, Rome and in many other places. So, we really can realize that if we can decrease our footprint, we can avoid a climate emergency.”

Human rights concerns are also a key priority, and Martin Chungong, Secretary-General of the International Parliamentary Union (IPU), insisted that Members of Parliament had an important role to play in protecting people’s freedoms everywhere:

“We see that many parliaments are stepping up to the plate and saying that, ‘Yes, these measures are temporary, yes, they have to be circumscribed, yes, we allow Governments to take extraordinary measures, but we are keeping a watchful eye.’”

Juxtaposing the optimism about the future expressed by many of the UN survey respondents with the threat to multilateralism of growing populist rhetoric and nationalism, Fabrizio Hochschild, Special Advisor to the Secretary-General on UN75, insisted that no country go it alone.

“We have to overcome this false dichotomy between you’re either a patriot or a globalist,” he said. “Either you care about your country or you’re an internationalist. Nobody, no patriot who’s a true patriot can care about their country alone; in an interconnected, interdependent, inter-benefitting world, if you’re a true nationalist, a true patriot, you have to be an internationalist as well, because that’s just the way the world works together.”

In a statement issued to mark the International Day for multilateralism and diplomacy, the President of the UN Economic and Social Council (ECOSOC), Mona Juul, expressed her “full solidarity with all governments and peoples in our fight against COVID-19.

“At this time of great uncertainty and global disruption, it is clear we need a coordinated international effort in the spirit of multilateralism. Along with the space to provide the necessary immediate humanitarian response, we must heed the call of the Secretary-General for a global ceasefire”, said the senior UN official.

She added that the crisis has “brought to the fore the interdependence of our world today”, where global challenges had to be solved “through global solutions. Requiring more, not less, cooperation across national borders.”

Stay true to our ideals: Muhammad-Bande

The President of the UN General Assembly, Tijjani Muhammad-Bande, issued a message to mark the day arguing that multilateral institutions had never been more important, in the midst of the greatest collective crisis for generations.

“I thank our healthcare workers and those on the frontlines combatting this disease and keeping our communities safe and healthy. I commend Member States, United Nations Agencies, civil society, the private sector, and, in particular, the World Health Organization (WHO), for providing vital support and services in the fight to defeat the pandemic”, he asserted.

“In the face of mounting challenges, we are reminded of the indispensability of the United Nations and of multilateral institutions more broadly,” he said. “As we commemorate the 2nd International Day of Multilateralism and Diplomacy for Peace, we must stay true to the founding ideals of our Organisation and continue to work, within the framework of the UN Charter, for international peace and security, the rule of law, justice and sustainable development, particularly in the most difficult of times.”