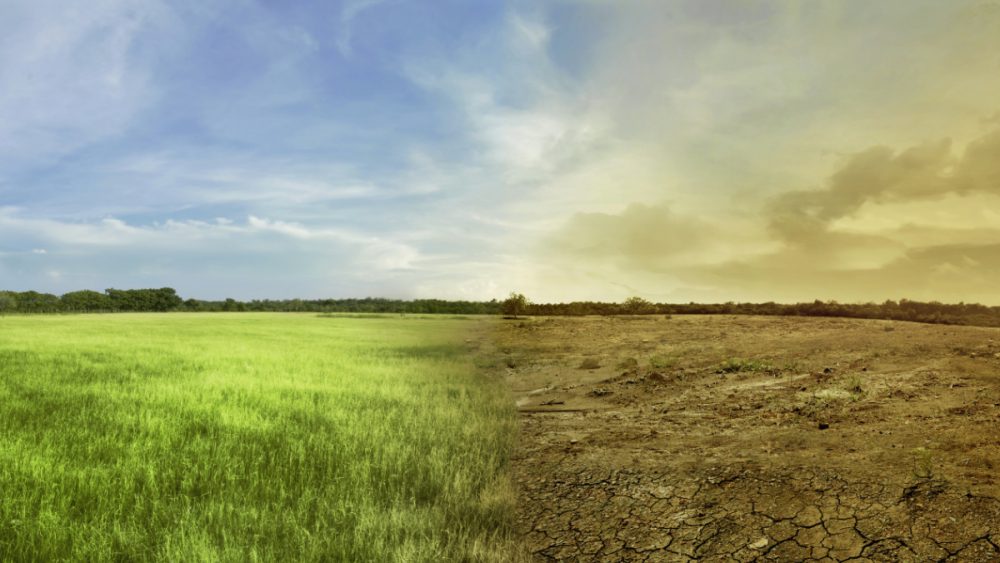 A wide-ranging UN climate report, released on Tuesday, shows that climate change is having a major effect on all aspects of the environment, as well as on the health and wellbeing of the global population.

The report, The WMO Statement on the State of the Global Climate in 2019, which is led by the UN weather agency (World Meteorological Organization), contains data from an extensive network of partners.

It documents physical signs of climate change – such as increasing land and ocean heat, accelerating sea-level rise and melting ice – and the knock-on effects on socio-economic development, human health, migration and displacement, food security, and land and marine ecosystems.

Writing in the foreword to the report, UN chief António Guterres warned that the world is currently “way off track meeting either the 1.5°C or 2°C targets that the Paris Agreement calls for”, referring to the commitment made by the international community in 2015, to keep global average temperatures well below 2°C above pre-industrial levels.

Several heat records have been broken in recent years and decades: the report confirms that 2019 was the second warmest year on record, and 2010-2019 was the warmest decade on record. Since the 1980s, each successive decade has been warmer than any preceding decade since 1850.

The warmest year so far was 2016, but that could be topped soon, said WMO Secretary-General Petteri Taalas. “Given that greenhouse gas levels continue to increase, the warming will continue. A recent decadal forecast indicates that a new annual global temperature record is likely in the next five years. It is a matter of time”, added the WMO Secretary-General.

In an interview with UN News, Mr. Taalas said that there is a growing understanding across society, from the finance sector to young people, that climate change is the number one problem mankind is facing today, “so there are plenty of good signs that we have started moving in the right direction”.

“Last year emissions dropped in developed countries, despite the growing economy, so we have been to show that you can detach economic growth from emission growth. The bad news is that, in the rest of the world, emissions grew last year. So, if we want to solve this problem we have to have all the countries on board”.

Mr. Taalas added that countries still aren’t fulfilling commitments they made at the UN Paris climate conference in 2015, leaving the world currently on course for a four to five-degree temperature increase by the end of this century: “there’s clearly a need for higher ambition levels if we’re serious about climate mitigation”.