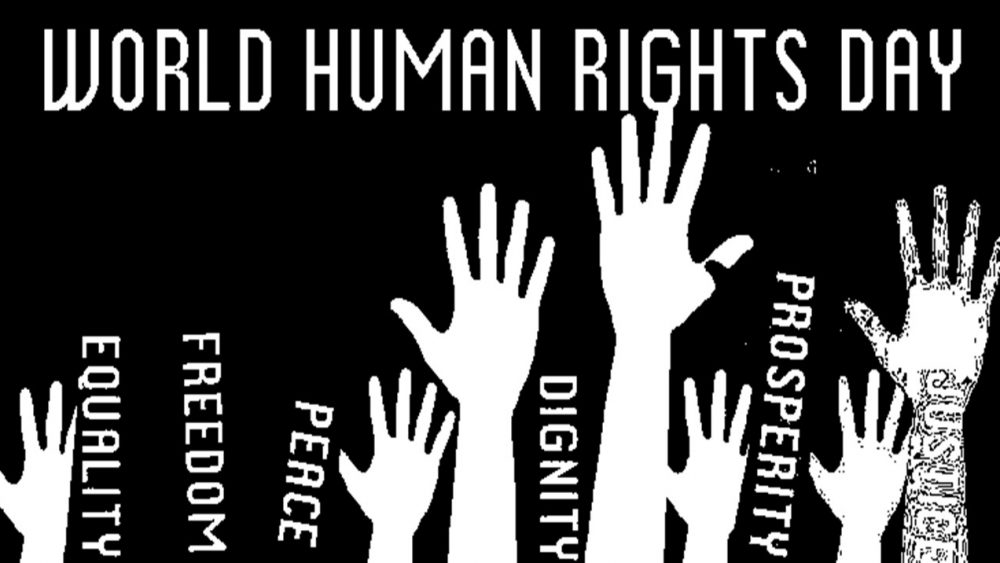 Activists, students, and UN officials came together on Tuesday to pay tribute to young people’s “tremendous activism” in promoting human rights for everyone.

Speaking at UN Headquarters during an event to mark Human Rights Day, the Secretary-General António Guterres urged governments to “invest in progress and hope” by paying attention to youth and engaging with them.

“Young people are on the front lines of action against the climate emergency, which poses a serious threat to human rights and to human life. Young women are at the forefront, making the link between the denial of their rights and rising populism, xenophobia and discrimination of all kinds.

“Young people are rightly demanding that governments listen to them and respect them. Their voices must be heard,” he said.

Human Rights Day commemorates the 10 December 1948 adoption by the UN General Assembly of the landmark Universal Declaration of Human Rights, which proclaims the inalienable rights of all people.

It is an annual reminder that everyone is entitled to all civil, political, economic, social and cultural rights regardless of race, ethnicity, religion, social origin, gender, sexual orientation, disability, or any other status.

This year’s observance comes as countries are meeting in Madrid for the UN COP25 conference on climate change, the UN High Commissioner for Human Rights pointed out.

Michelle Bachelet added that it also falls amid an era of “tremendous activism”, particularly by young people.

Ms. Bachelet described the climate emergency as the most profound threat to human rights globally since the Second World War.  It puts numerous rights at risk, including the right to life, health, food, water, shelter, development, and self-determination.

“We owe a debt of gratitude to all those millions of children, teenagers and young adults who have been standing up and speaking out more and more loudly about the crisis facing our planet”, Ms. Bachelet said in her statement for Human Rights Day.

“Rightly, these young people are pointing out that it is their future which is at stake, and the future of all those who have not yet even been born. It is they who will have to bear the full consequences of the actions, or lack of action, by the older generations who currently run governments and businesses, the decision-makers on whom the future of individual countries, regions and the planet as a whole depends.”

The rights chief stressed that young people must be heard: an opinion shared by another top UN voice.

Active engagement of youth is central to achieving societies that are inclusive and stable, according to Tijjani Muhammad-Bande, the President of the UN General Assembly.

“We have to utilize the idealism of youth and empower them to stand up for equal rights and fair treatment of everyone everywhere”, he said.  “We need to ensure that youth have the right to participate in decision-making and have their voices heard.”

Mr. Muhammad-Bande believes that providing youth with access to inclusive quality education is one way to guarantee that they know their rights and are thus empowered.

Human Rights Day also marks another UN annual observance: the end of 16 days of activism against gender-based violence, and he commended the contributions of women activists worldwide for their dedication to upholding collective human rights.