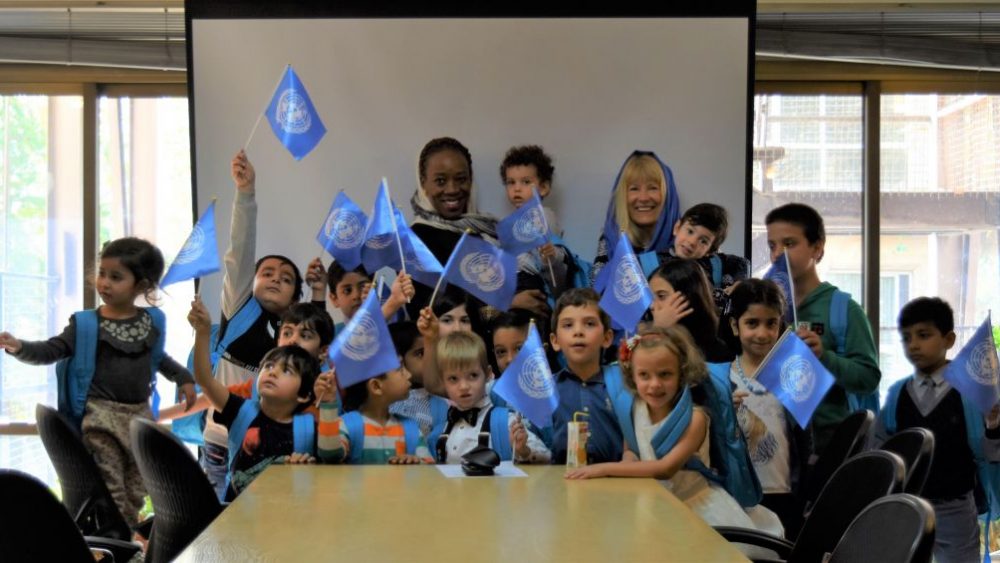 The United Nations Country Team in the Islamic Republic of Iran, on the occasion of UN Day, 24 October 2019, launched a digital campaign ‘The United Nations and Iran; a 74 Year Partnership’ to feature its support of the Government and people of Iran to mitigate the impact of economic downturn on the most vulnerable in the country.

Iran, as the founding member of the United Nations, continues to play an important role in the strengthening of the UN.

The UN Country Team in Iran, which is empowered by United Nation Development System reform, with One UN voice, in a series of videos will feature the UN’s support to the Islamic Republic of Iran’s efforts to sustain a resilient economy, provide access to quality and affordable healthcare, protect the environment, combat drug trafficking and its effects, and provide humanitarian assistance.

Ms. Ugochi Daniels, UN Resident Coordinator in Iran said: “The UN Country Team works with its partners from the Government to ease the impact of the economic downturn on the most vulnerable and to ensure that no one is left behind.”

She also highlighted: “I am proud that more than 90 percent of my UN colleagues are Iranian citizens.  Please follow their inspirational personal stories on our social media accounts.”