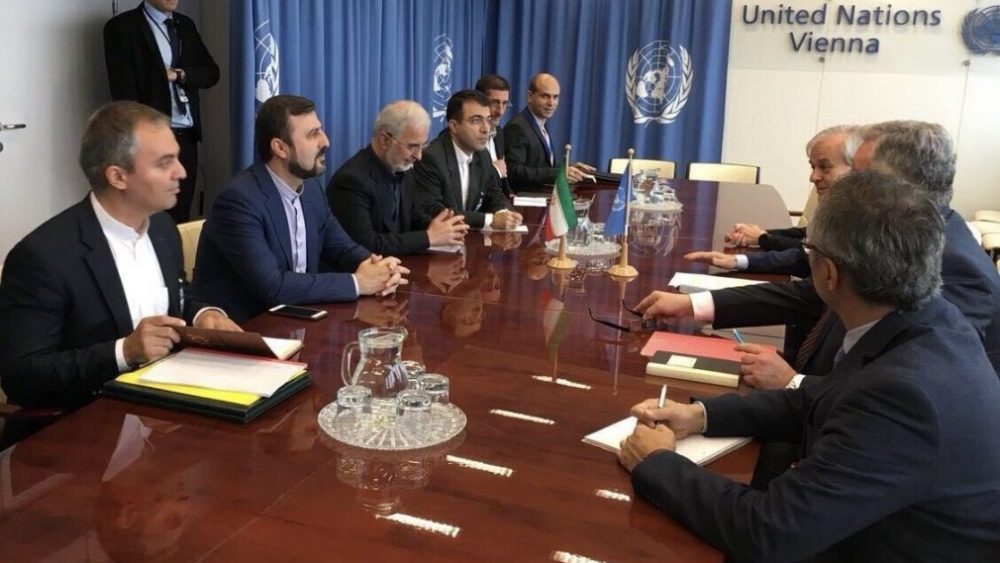 The United Nations Office on Drugs and Crime (UNODC) has signed a Memorandum of Understanding (MoU) with the Drug Control Headquarters of Iran to further consolidate and develop cooperation in promoting treatment of drug use disorders on a regional scale. The MoU, which reflects UNODC’s long-standing partnership with Iran, was signed on 14 October 2019.

The agreement designates the Iranian National Centre for Addiction Studies in Tehran as the Regional capacity building and research center to promote evidence-based treatment of drug use disorders and improve public health and public safety. The Regional Centre shall ensure delivering training and promoting research in the region in close partnership with other peer drug treatment and addiction research institutions.

Speaking at the signing ceremony, Eskandar Momeni, Secretary-General, Drug Control Headquarters of the Islamic Republic of Iran expressed concern over the existing challenges of illicit drugs, including new psychoactive substances (NPS), and called for concerted drug control action by the international community in line with the principle of the common and shared responsibility”.

Jean-Luc Lemahieu, UNODC Director for Policy Analysis and Public Affairs, stressed that “the Islamic Republic of Iran is UNODC’s strategic partner in the region and plays a critical role in addressing illicit drugs,” adding that according to the UNODC World Drug Report 2019, Iran seized more than 630 tons of opium in 2017, which is more than 90 percent of the total global seizures of opium in the same year. He further emphasized that the country’s “drug demand reduction and HIV care and treatment initiatives are commendable in the region” and welcomed the establishment of the Regional Capacity Building and Research Centre in Iran to promote evidence-based treatment of drug use disorders in the region.

UNODC has been providing support to the Drug Control Headquarters of Iran to enhance its drug control capacities, both in drug supply reduction as well as in drug demand reduction and HIV prevention and care. In the regional aspect, UNODC has facilitated South-South cooperation as well as its regional counter-narcotics engagement, including within the Triangular Initiative (TI) between Afghanistan, Iran and Pakistan, and TI’s Joint Planning Cell (JPC) located in Tehran, Iran.