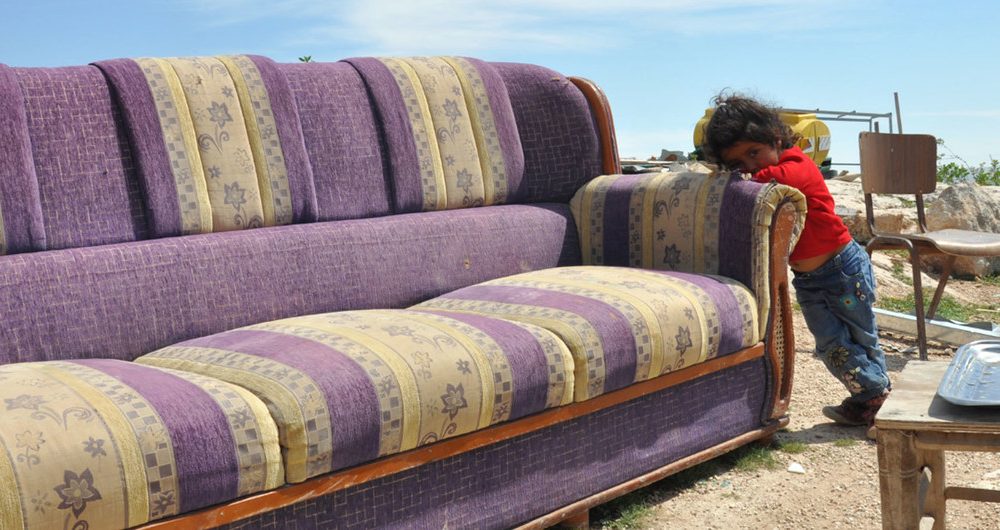 Following “with sadness” the Israeli authorities’ destruction of homes in the Palestinian community of Sur Bahir, three top United Nations officials issued a statement on Monday underscoring that the move was “not compatible” with Israel’s “obligations under international humanitarian law”.

Israel’s Supreme Court has reportedly ruled that the houses were built too close to the separation barrier in the occupied West Bank, violating a construction ban.

“Among other things, the destruction of private property in occupied territory is only permissible where rendered absolutely necessary for military operations, which is not applicable”, said Jamie McGoldrick, UN Humanitarian Coordinator, Gwyn Lewis, Director of West Bank Operations for the UN Relief and Works Agency for Palestine Refugees (UNRWA) and James Heenan, Head of the UN Human Rights Office in the area.

“Furthermore”, the statement continued, “it results in forced evictions, and contributes to the risk of forcible transfer facing many Palestinians in the West Bank, including East Jerusalem”.

The statement said that Israeli forces entered the community early on Monday morning, while it was still dark.  The large-scale operation forced families out of their homes and demolished a number of residential buildings on the East Jerusalem side of the Barrier.

“Among those forcibly displaced or otherwise impacted are Palestine refugees, some of whom today are facing the reality of a second displacement in living memory”, the UN officials flagged.

They stated that while humanitarian partners are poised to provide emergency response to those displaced or otherwise affected by the destruction of their private property, “no amount of humanitarian assistance can replace a home or cover the massive financial losses sustained today by the owners”.

Several of the affected people report having invested their life savings in the properties, after securing the required building permits from the Palestinian Authority.

“What happened today in Sur Bahir is of even greater significance, as many other homes and structures now risk the same fate,” said the senior UN officials.

In 2004, the International Court of Justice (ICJ), ruled against constructing the Israeli Barrier and found that the parts running inside the West Bank, including East Jerusalem – including the Sur Bahir homes – “cannot be justified by military exigencies and thus violates Israel’s obligations under international law”, said the statement.

Moreover, in a resolution of 20 July 2004, the UN General Assembly demanded that Israel comply with its legal obligations as stated in the ICJ’s advisory opinion.

“Had there been concrete action to ensure respect for these principles, and for international humanitarian and human rights law, generally, the people of Sur Bahir would not be experiencing the trauma they are today, and violations of their rights”, the statement concluded.