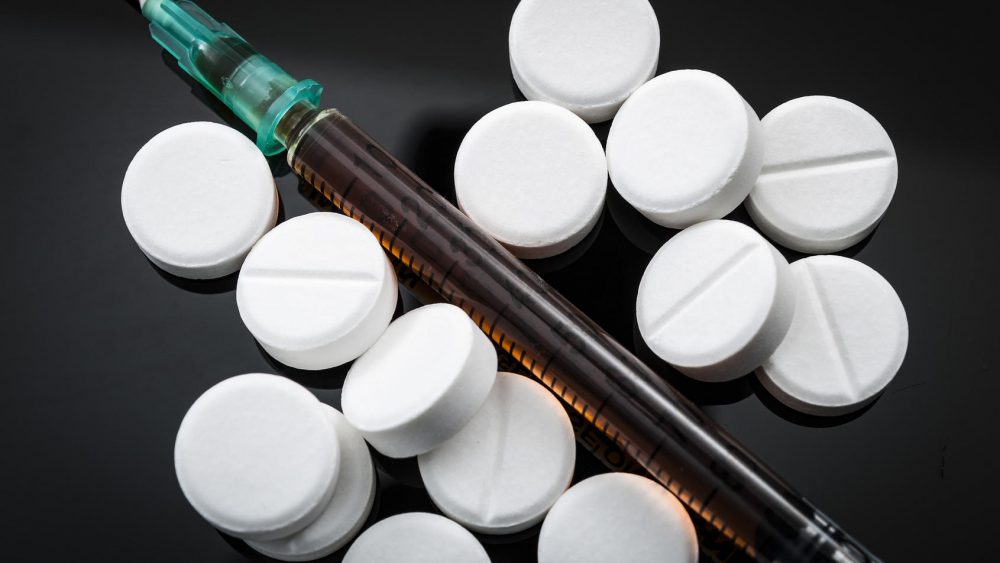 Opioids, which include both heroin and legal pain relievers, were responsible for around two-thirds of drug-related deaths in 2017, the latest World Drug Report from the UN Office on Drugs and Crime (UNODC) revealed on Wednesday.

The study from the UN Office on Drugs and Crime (UNODC), also shows that the negative health consequences associated with drugs are more severe and widespread than previously thought, with around 35 million people suffering from drug use disorders and requiring treatment services.

Some 11 million people injected drugs in 2017, 1.4 million of whom are living with HIV, and 5.6 million with hepatitis C. UNODC explains the significantly higher figures are due in part to improved research and more precise data, including more knowledge of the extent of drug use from new surveys conducted in India and Nigeria, two of the most populous countries in the world.

“The findings of this year’s World Drug Report fill in and further complicate the global picture of drug challenges, underscoring the need for broader international cooperation to advance balanced and integrated health and criminal justice responses to supply and demand”, said Yury Fedotov, UNODC Executive Director, in a statement.

Overall rising trend in drug use, cocaine production at an all-time high

Whilst the overall figure for drug use in 2017, an estimated 271 million people, was similar to the previous year, the trend is rising, and the number of people using drugs is now some 30 per cent higher than it was ten years ago.

This is partly attributed to a 10 per cent increase in the global population aged 15-64, but also increased opioid use in Africa, Asia, Europe and North America, as well as higher cannabis consumption in North and South America, and Asia. Opiods are the class of illegal drugs derived from heroin – opium poppies – including synthetics such as fentanyl, and other prescription medications such as Oxycontin and Vicodin.

The manufacture of cocaine – chiefly from South America – reached an all-time high in 2017, with an estimated production of 2,000 tons in 2017, up by a quarter on the previous year. At the same time, seizures of cocaine rose 13 per cent to 1,275 tons, another record figure.

Synthetic opioid misuse, centred around Fentanyl and similar drugs, is an ongoing crisis in the US and Canada, with over 51,000 overdoses reported in 2017. Countries in West, Central and North Africa are experiencing an opioid crisissurrounding another drug, Tramadol, which has flooded the market in recent years: seizures of Tramadol jumped from less than 10 kilograms in 2010 to around 125 tons in 2017.

Only one in seven receive treatment

Not enough people with drug disorders are being adequately treated, with the study showing that just one in seven people with disorders are getting the help they need. Effective treatments, based on scientific evidence and in line with international human rights obligations, are not as available or accessible as they need to be, the report states. It calls on national governments and the international community to step up interventions in order to address this gap.

A meeting was held on Tuesday at UN headquarters in New York to launch the annual study, where a ceremony to mark the 2019 International Day against Drug Abuse and Illicit Trafficking – under the theme “health for justice, justice for health”, also took place.

Referring to the wide-ranging impacts that the world-wide drug problem has on the “health and well-being of families and communities, as well as on the security and sustainable development of nations”, UN chief António Guterres welcomed the 2019 theme, and called on all governments to live up to a pledge made earlier this year to work together to come up with responses – including cracking down on drug trafficking and those who profit from human misery – that allow people to live in “health, dignity and peace, with security and prosperity”.