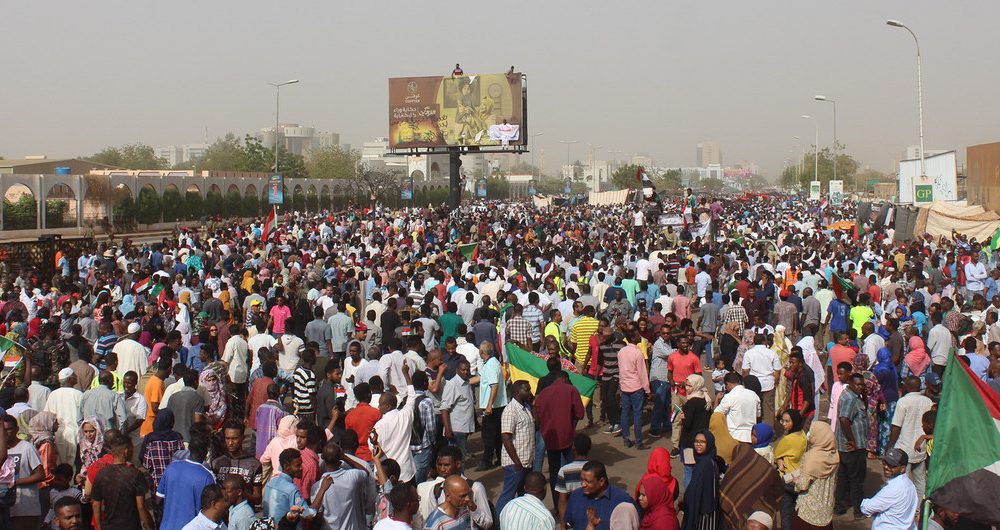 UNICEF chief: over 19 child deaths since military backlash in Sudan

At least 19 children have reportedly been killed in Sudan and another 49 injured since a military backlash against protesters began earlier this month, prompting the head of the UN Children’s Fund (UNICEF) to express her grave concern “at the impact of the continuing violence and unrest in the country on children and young people”.

“We have received information that children are being detained, recruited to join the fighting and sexually abused”, said UNICEF Executive Director Henrietta Fore.

On 3 June, security forces and paramilitaries fired on pro-democracy protesters holding a sit-in outside army headquarters in the capital Khartoum, leaving a number of people dead and many more injured. News reports quote local doctors alleging multiple cases of rape against demonstrators, many involving the so-called Rapid Support Forces militia. Schools, hospitals and health centres have been looted and destroyed, with health workers attacked simply for doing their job, said UNICEF.

“Many parents are too scared to let their children leave the house, fearful of violence, harassment and lawlessness”, asserted Ms. Fore.

Moreover, water, food and medicine shortages have been reported across the country, putting children’s health and wellbeing at risk. “Children throughout Sudan are already bearing the brunt of decades of conflict, chronic underdevelopment and poor governance”, continued the UNICEF chief. “The current violence is making a critical situation even worse”.

Even in the face of this unrest, UNICEF continues to work for children in Sudan. “We are providing millions of children, including those who have been displaced or are refugees, with vaccines, safe water, treatment for severe acute malnutrition and psychosocial support”, explained Ms. Fore.

“But the violence must stop”, she spelled out. UNICEF is appealing to all involved to protect and keep children out of harm’s way.

“Any attack on children, schools or hospitals is a grave violation of children’s rights”, flagged the UNICEF chief, calling on the authorities to “allow humanitarian organizations to respond to those in need, including through access to hospitals that have been off-limits or closed”.

She echoed the Secretary-General’s request that the parties pursue peaceful dialogue and resume negotiations over the transfer of power to a civilian-led transitional authority”.

“The children of Sudan want peace”, she concluded. “The international community needs to take a firm stand in support of their aspirations.”