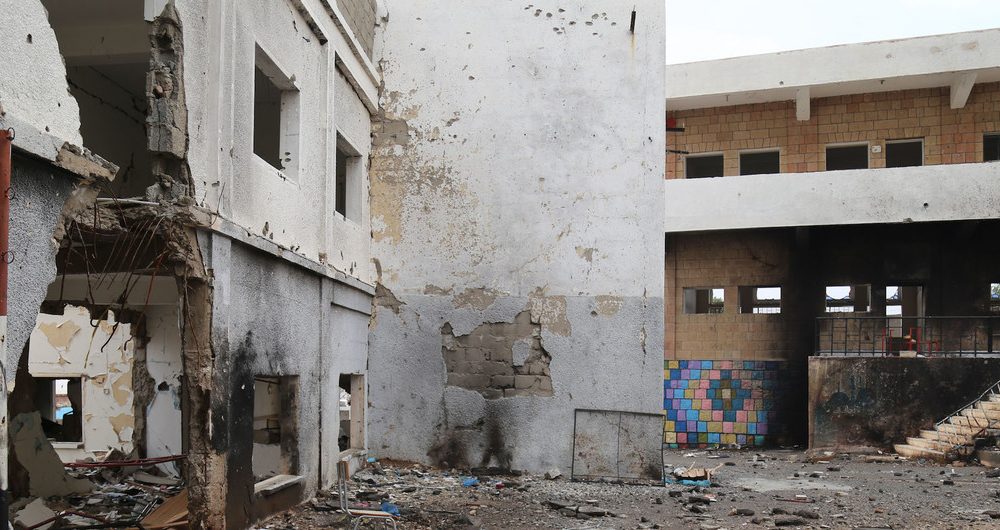 Nowhere is safe in Yemen, the head of the UN Children’s Fund UNICEF said, after an attack in the city of Taiz claimed the lives of 12 civilians, including seven youngsters – the latest victims of the country’s more than four-year war.

In a statement condemning reported airstrikes on a petrol station in the south-western city on Friday, Henrietta Fore said that the children who died were aged between four and 14.

The attack in the east of Taiz pushed up confirmed child casualty numbers in the war-torn country to 27 in just over 10 days, according to Ms. Fore, who warned that the actual numbers “are likely to be even higher”.

Since March 2015, UNICEF confirmed that at least 7,300 children were killed or seriously injured in Yemen amid clashes between supporters of Yemeni President Abd Rabbu Mansour Hadi and Houthi opposition groups.

Earlier this month, airstrikes on several neighbourhoods in Yemen’s capital Sana’a reportedly killed five children and injured dozens more, according to UN Office for the Coordination of Humanitarian Affairs (OCHA), prompting widespread condemnation from OCHA and other UN agencies.

The development comes as UN Secretary-General António Guterres called for “caution and restraint” from belligerents, “both in terms of actions and in terms of rhetoric”.

In response to questions last Friday about President Hadi’s reported criticism of UN Special Envoy for Yemen, Martin Griffiths, linked to the withdrawal of Houthi fighters from Hudaydah, Mr. Guterres’s Spokesperson reiterated the Secretary-General’s “full confidence in Mr. Griffiths and his work”.

The spokesperson added that a letter to the Yemen President from Mr. Guterres also underlined the UN’s commitment to the ceasefire deal agreed in Sweden last December.

That accord – sealed by representatives of President Hadi and the Houthi opposition – stems from a “deep desire to alleviate the suffering of the Yemeni people and assist in addressing the humanitarian crises, which continues to beset Yemen and its people, who have suffered for long”, the Spokesperson explained to journalists in New York.

The terms of the Stockholm Agreement, as it is known, include a ceasefire in the port city of Hudaydah and troop withdrawals, allowing the Red Sea supply hub to be managed and monitored with UN support and enabling the distribution of vital provisions to millions of desperate civilians.

The deal also includes a prisoner exchange and steps towards a ceasefire in the city of Taiz.

Mr Griffiths “will redouble efforts to support the parties on delivering on the commitments made in Stockholm”, the UN chief’s spokesperson added, “and do so in a manner which is balanced and fully supportive of achieving a peaceful and lasting political solution to this conflict”.

In a related development, UN migration agency IOM has said that thousands of Ethiopian migrants’ lives are at risk in the country, after the Government halted a planned returns programme.

IOM is calling for help from the international community to get more than 2,300 Ethiopian migrants home from Yemen – including 150 women and 470 children.

Until now the migrants – who travel through Yemen to reach the Gulf States where they hope to find work – had been detained in two sports stadiums and a military camp without basic services, IOM reported.

Under a deal with the authorities, flights were due to begin at the weekend, but they have been delayed “until at least Wednesday”, IOM said.

“This delay threatens the safety of more than 2,300 migrants who continue to be held in conditions inconsistent with internationally-agreed standards, exposed to severe health and protection risks,” said Mohammed Abdiker, IOM Director of Operations and Emergencies in Geneva.

“Lives have been lost due to disease brought on by the appalling detention conditions and one young man, shot while detained, will likely never walk again,” Mr. Abdiker insisted, adding that the flight delays “are putting thousands of migrants’ lives at further risk.

“We are urging the leaders of the Coalition and the Government of Yemen to urgently approve these flights, ensuring that all who need to go home do so with safety and dignity.”