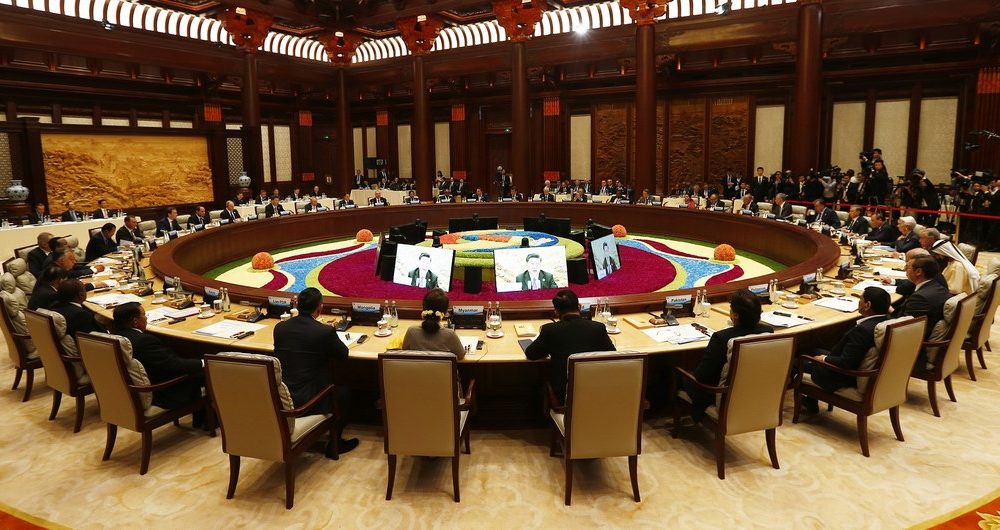 ‘The green economy is the future,’ UN chief says in Beijing

Winning the race against climate change to keep our planet livable and on a healthy trajectory requires action rooted in sustainable solutions aligned with the Paris Agreement and the UN-driven 2030 Agendafor sustainable development, Secretary-General António Guterres said on Saturday.

Painting a sobering picture of the challenges ahead – for the planet and the broader effort to secure improved human well-being while reducing environmental risks – Mr. Guterres recalled that the last four years were the hottest on record and that natural disasters have wreaked havoc in nearly every region of the globe.

“No country or community is immune. And, as we know, the poor and vulnerable are the first to suffer, and the worst hit,” said Mr. Guterres, warning that the climate crisis threatens decades of progress and jeopardizes all our plans for inclusive, sustainable development.

“And the clock is ticking.  Science has clearly told us that we have only 12 years for this transformation, if we want to limit temperature rise to 1.5 degrees Celsius and avoid the worst impacts of climate change.”

Yet the race to head off a climate catastrophe and ensure a safe and secure planet for all can be won, he said, with global action rooted in solutions that are sustainable and aligned with the landmark Paris accord and the UN 2030 Agenda.

To help generate ambition and to showcase practical, feasible and ambitious solutions to meet globally agreed goals, Mr. Guterres is convening a Climate Action Summit in New York on 23 September.

“I am calling on leaders to come with concrete, realistic plans to enhance their Nationally Determined Contributions (NDCs) by 2020,” he said, referring to efforts by each country under the Paris Agreement to reduce national emissions and adapt faster to the impacts of climate change.

The Secretary-General said these plans must show how greenhouse gas emissions can be reduced by 45 per cent over the next decade and how the world can get to net zero emissions globally by 2050 through strong mitigation and adaptation measures.

“It is why I have been asking leaders around the world to adopt carbon pricing that reflects the true cost of emissions, end subsidies on fossil fuels, and stop construction of new coal plants beyond 2020,” he explained, noting that he is also counting on leaders to make sure their plans include women as key decision-makers and address the disproportionate impacts many women experience from climate change.

In all this, Chinese leadership will continue to be crucial, said Mr. Guterres, stressing that new renewable energy jobs in China now outnumber those created in the oil and gas industries.  China also played a pivotal role in building bridges and securing an agreement at last December’s UN Climate Conference in Katowice – and will host next year’s second Global Sustainable Transport Conference.

The Belt and Road Initiative, with its huge volume of investment, said, Mr. Guterres, is an opportunity to propel the world into a green future and help countries transition to low-carbon, clean-energy pathways with new infrastructure that is sustainable and equitable.

“The momentum for transformational change is growing,” said the Secretary-General, stressing that the “green economy is the future,” and more governments, cities and businesses than ever understand that climate solutions strengthen economies and protect the environment at the same time.

New technologies are delivering energy at a lower cost than the fossil-fuel-driven economy, he continued, and solar and onshore wind are now the cheapest sources of new power, in virtually all major economies.