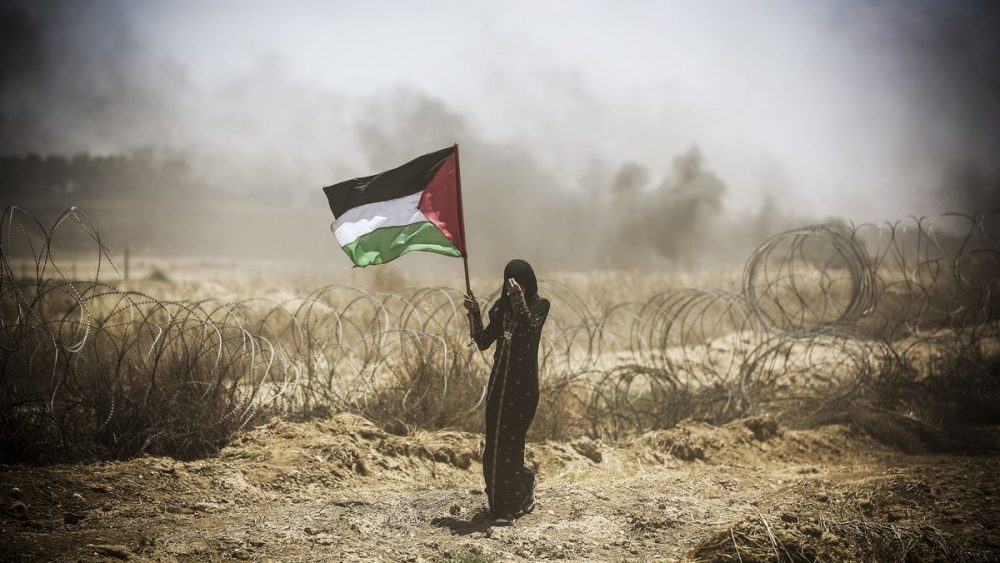 Accountability needed to end excessive use of force against Palestinian protesters in Gaza, says UN expert

The international community must take immediate and decisive action to ensure that Israel cease its violations of international law when responding to the ongoing demonstrations at the Gaza fence, a UN human rights expert said.

The Special Rapporteur on the situation of human rights in the Palestinian territory occupied since 1967, Michael Lynk, welcomed the findings and recommendations of the Commission of Inquiry into the deadly 2018 Palestinian protests in Gaza.

The Commission, which was mandated to investigate violations of international humanitarian and human rights laws, presented its findings on 28 February 2019.

“It found reasonable grounds to believe that, in all but two of the 189 fatalities investigated, the use of live ammunition by Israeli security forces against demonstrators was unlawful,” Lynk said. “Accordingly, I support the Commission’s call for accountability with respect to those who used lethal fire unlawfully, and for those who drafted and approved the rules of engagement which permitted this illegal use of lethal fire.”

Among the dead were 35 children, 3 paramedics and 2 journalists. Another 6,106 demonstrators were wounded during the demonstrations.

The Special Rapporteur noted that, since the start of 2019, Israeli security forces have continued to respond to protests along the fence with tear gas, rubber coated bullets and live ammunition. As a result, a further five children have been killed in the past two months.

One such incident saw the killing with live ammunition of two boys (aged 14 and 17) on 8 February 2019, and following the protest, the death on 12 February 2019 of a 16-year-old Palestinian boy who was hit by a tear gas canister in the head. According to human rights organisations, the three boys posed no threat to Israeli forces. More recently, on 22 February 2019, a 14-year-old Palestinian boy was killed by live ammunition during a protest east of Gaza city.

Lynk reiterated that international human rights instruments pertaining to law enforcement provide that firearms may only be used against persons if there is an imminent threat to life or risk of serious injury. He added that, in the context of an occupation, the killings at the Gaza fence resulting from the unlawful use of force might well constitute willful killings of the protected population, which constitute a grave breach of the Fourth Geneva Convention and potentially a war crime under the Rome Statute.

“We must ensure legal accountability and end impunity for the excessive use of force against largely peaceful Palestinian demonstrators, and the resulting arbitrary deprivation of life,” said the Special Rapporteur. “This is a grave violation of their right to life and it abrogates their guaranteed freedoms of expression, peaceful assembly and association.”

Lynk also endorsed the recommendations of the Commission that the de facto authorities in Gaza failed in their duties to prevent the indiscriminate use of incendiary kites and balloons, which caused economic damage and civilian fear in southern Israel.

The Special Rapporteur welcomed the attention given by the Commission of Inquiry to the dire living conditions in Gaza, which have fueled the large demonstrations over the past year. He endorsed the Commission’s call for an immediate lifting of the Israeli blockade of Gaza, which has repeatedly been described by recent UN Secretary-Generals as a prohibited form of collective punishment of the people of Gaza. In particular, he noted the dire impact of the blockade on the Gazan health system, which has significantly contributed to the deteriorating quality of health in the Strip.

As the one-year anniversary of the “Great March of Return” on 30 March 2019 draws closer, and in view of the ever-deteriorating economic and humanitarian situation in Gaza, the Special Rapporteur expressed concern over possible rising levels of violence if no firm action was taken to pursue accountability and justice. “Continuing to suffocate Gaza is a blot on the world’s conscience and a recipe for more bloodshed,” Lynk said. “Restoring Gaza and ensuring justice and accountability would give the region hope that a better Middle East is possible.”