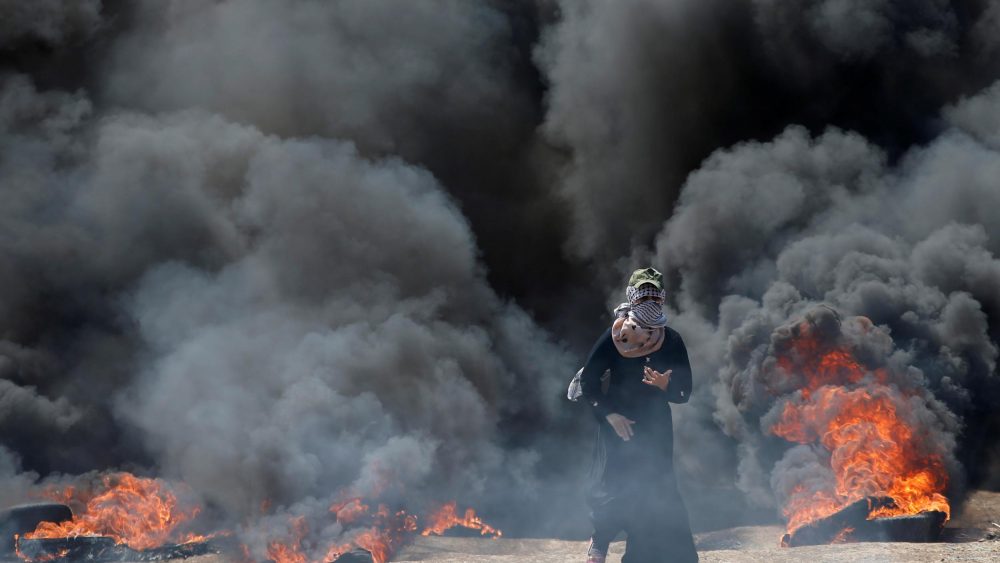 An independent UN report into last year’s protests along Gaza’s border fence involving Israeli security forces, that resulted in the shooting deaths of more than 180 Palestinians, concluded on Thursday that there are “reasonable grounds” to believe Israel violated international humanitarian law.

There was “no justification” for Israeli forces to use live rounds, according to a press release issued by the UN Commission of Inquiry into the 2018 Gaza protests.

He added: “These violations clearly warrant criminal investigation and prosecution and we call on Israel to conduct meaningful investigations into these serious violations and to provide timely justice for those killed and injured.”

Created by the 47-Member UN Human Rights Council in May last year, the Commission of Inquiry was tasked with investigating all violence linked to anti-Israeli demonstrations on the Israel-Gaza border from 30 March to 31 December 2018.

In total, the Commission conducted 325 interviews with victims and witnesses and analyzed audio-visual material showing demonstrators being shot.

Its findings indicate that Israeli Security Forces injured 6,106 Palestinians with live ammunition at protest sites during the period of its mandate, while another 3,098 Palestinians were injured by bullet fragmentation, rubber-coated metal bullets or by tear gas canisters.

Four Israeli soldiers were injured at the demonstrations, the report also found, noting that one Israeli soldier was killed on a protest day “but outside the protest sites”.

Ahead of the one-year anniversary of the beginning of the protests on 30 March, which Gazans refer to as the “Great March of Return”, the Commission of Inquiry underscored the need for Israel and the Hamas-controlled Palestinian authorities to do more to protect civilians, who continue to demonstrate near the border fence every Friday.

“The Commission found reasonable grounds to believe that Israeli snipers shot at journalists, health workers, children and persons with disabilities, knowing they were clearly recognizable as such,” it said in a statement.

Commissioner Betty Murungi described how an 11-year-old boy was shot while playing football near the fence with Israel. He subsequently had one of his legs amputated.

“Although the killings have lessened, we still see protected groups of individuals including children…still being killed as recently as three weeks ago,” said Commissioner Sara Hossain.

She added that paramedics and journalists also continue to be injured at demonstration sites, while also dismissing the idea that the protesters were intent on violent acts.

“We found that in all of the demonstrations, there was violence in the form of the use of the throwing of stones and burning of tyres by a minority of demonstrators,” she said, adding that “the vast majority” were not involved in any form of violence.

“There were women and children present, there were people having poetry reading, playing music, waving flags, things that can’t in any way be considered to be violent,” she insisted: “I think the characterization of all the demonstrators as violent is something we wouldn’t agree with.”

In addition to the appeal to Israel to cooperate with an investigation into the killings, Commission chairperson Santiago Canton called on the de facto authorities in Gaza to ensure that demonstrations were peaceful.

“The Commission finds that these protests were a call for help from a population in despair”, Santiago Canton said. “Not only Israel but also the de facto authorities led by Hamas and the Palestinian Authority have responsibilities towards them.

Mr Santiago also called noted the Commission’s call for Israel to lift the blockade of Gaza, and in particular allow those in need of urgent medical care to leave the territory, after it found that hospitals there were “literally overwhelmed by the sheer number of death and injuries” after demonstrations on 14 May.

The Commission of Inquiry’s full report will be presented to the Human Rights Council on 18 March 2019.