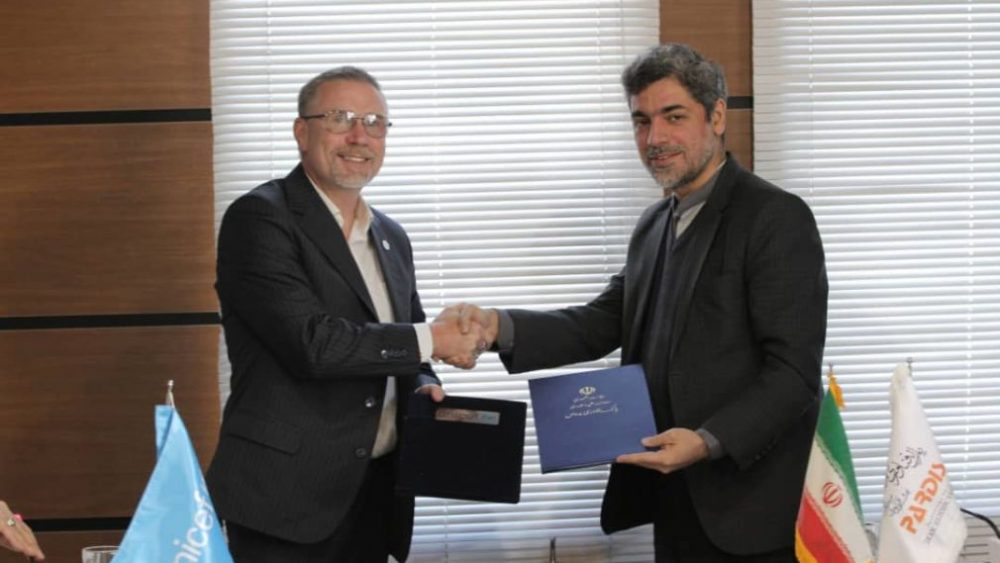 Another exciting new partnership was officially launched  on Thursday between Pardis Technology Park (PTP) and UNICEF Iran. The MoU was signed by Mr Safarinia, President of PTP, and Dr Parks, UNICEF Iran Representative. The partnership is a key element of the Innovations for Children in Iran Initiative to be formally launched later this year, and is part of the overall collaboration between the Vice Presidency for Science and Technology and UNICEF Iran.

Pardis Technology Park, which is run under the auspices of the Vice-Presidency for Science and Technology is the most pioneering technology park in the Islamic Republic of Iran which aims to encourage and support hi-tech companies to increase their ability to compete in the international world market.